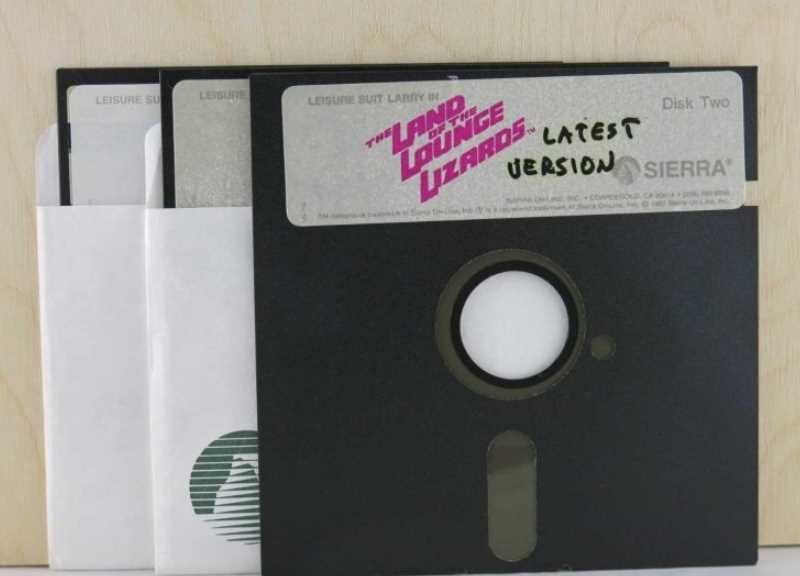 Earlier this month we reported how the Leisure Suit Larry creator, Al Lowe, had launched a pretty exciting eBay action. On it, he was offering up a number of classic material from the early Sierra days. Two items, however, did draw more than a little attention. Specifically, the floppy disks containing the original source code for both Leisure Suit Larry 1 and 2.

Now, the younger ones amongst you may never have heard of this franchise, it is, however, in retro gaming terms, quite a significant release. Significant enough to have raised over $11,000 each. Before the auction was able to conclude, however, both disks were removed without much explanation.

Well, in a report via PCGamesN, we do now have our answer. They were removed because Activision placed an IP claim. Weirdly though, they don’t actually own the IP to Leisure Suit Larry.

How Can You Submit An IP Claim On A Game You Don’t Own?

Well, it’s all a big tricky really. Essentially, it was felt that this was a ‘mandatory’ issuance from Activision. You see, while they don’t own the rights to Leisure Suit Larry (that in the last 15 years have been passed around like a joint at a Willie Nelson concert), they do own the rights to other Sierra games. Games which could, potentially, include this source code. As such, you can’t blame them. Legally, they were probably over a barrel to do this.

In an interview, Al Lowe has said that he probably could fight this and would probably win. Between time and lawyers fees though, there is a huge argument that it simply isn’t worth it!

For the moment, it seems that all he can do with them is either keep them or give them away. It seems, however, that they may never be available for sale and that, in gaming terms, is a pity.