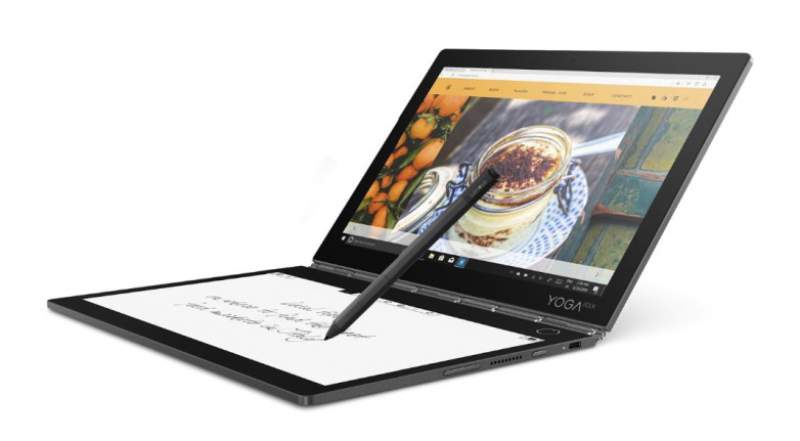 No Physical Keyboards, Only Screens

Probably the most unique laptop at IFA 2018 is Lenovo‘s New Yoga Book C930. This 2-in-1 notebook is unlike other convertibles since it ditches a physical keyboard entirely. Instead, users get dual screens. The main display is a 10.8 inch 2560 x 1600 resolution screen, while the bottom uses an electronic ink 1920 x 1080 panel. 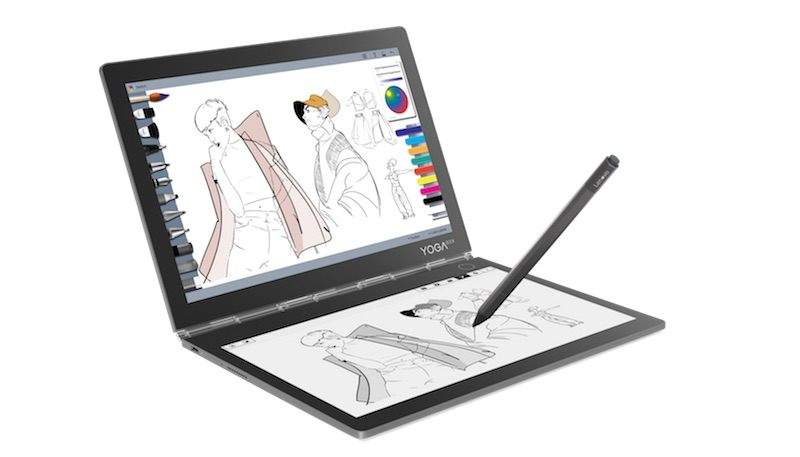 Due to the fact that there are no physical keyboards, the Yoga Book C930 is also extremely slim at only 9.9mm thick. Due to its thin body, Lenovo developed a unique way to open the lid. Users simply need to knock on it twice, and it will pop open by itself. This is made possible through memory shape alloys reversing the polarity of the magnetic locks.

The CPU inside can either be a 7th generation Intel Core i5-7Y54 or Core m3 7Y30. It comes with 4GB of RAM and users can opt for SSD storage up to 256GB. There is even a microSD slot as well as two USB-C ports. For user on-the-go, the Yoga C930 also has optional LTE connectivity.

The Yoga Book C930 will be available in Europe starting late September starting at €999.