A Look Inside the Secret World of Soviet PCs 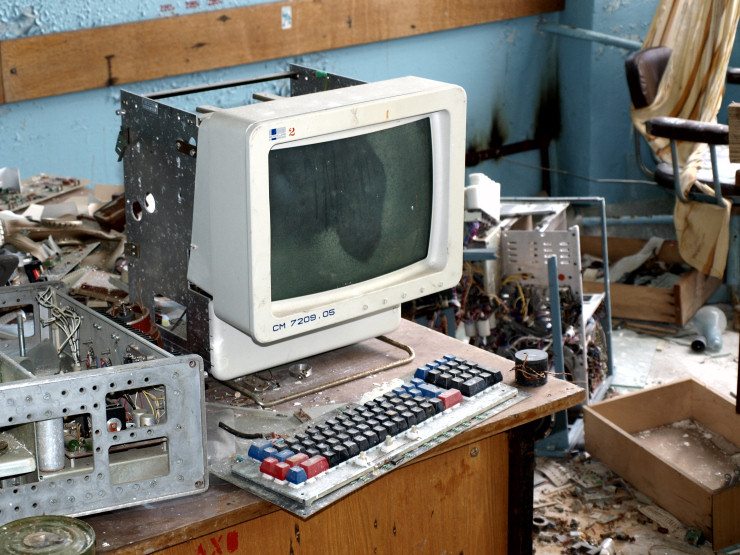 Much like present-day North Korea, Soviet Russia was isolated from the rest of the world, hidden behind the post-war Iron Curtain. Unknown to many, the rise of personal computers in the West during the Eighties was being mirrored in the Soviet Bloc, with homegrown Russian computers, inspired by their Western counterparts, rising to prominence, though not graduating to the mass-market in quite the same way as the US and parts of Europe. We take a look at some of the most popular personal computers in Russia during the end of the Soviet era (via PCMag):

The CM 7209 (above), a clone of the US DEC PDP-11 PC, was a Russian military computer used during the mid-Eighties. A notable model was discovered by urban explorer Jean Andersen during a sojourn to an abandoned power plant in Pripyat, Ukraine. Pripyat was evacuated following the Chernobyl nuclear disaster in 1986. 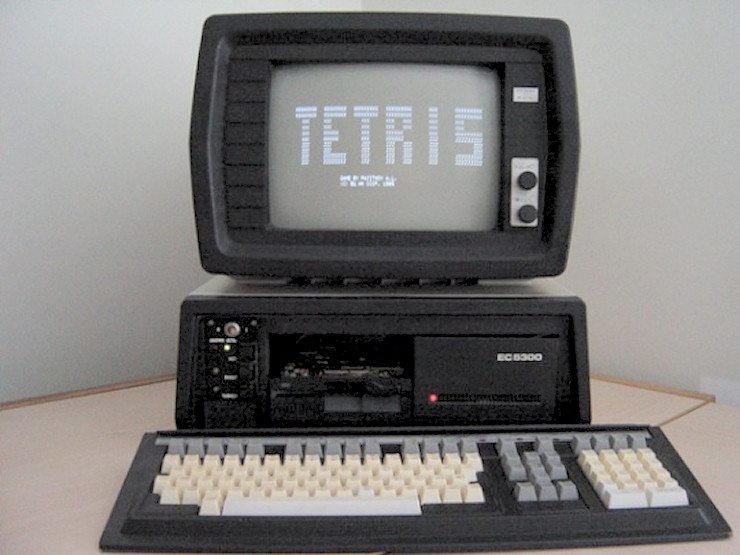 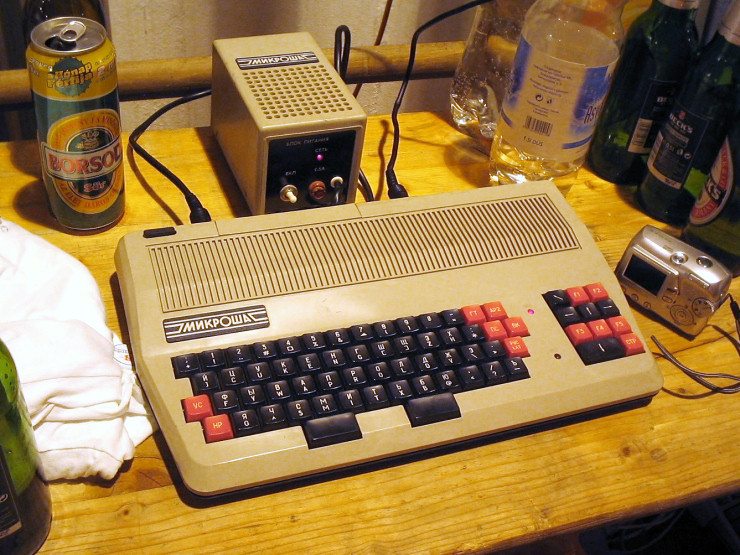 Sporting the Intel 8080-compable KP580BM80A CPU and 32kb of RAM, the Microsha was the home computing derivative of the Radio-86rk homebrew system, the plans for which were published in a popular Russian computing magazine. 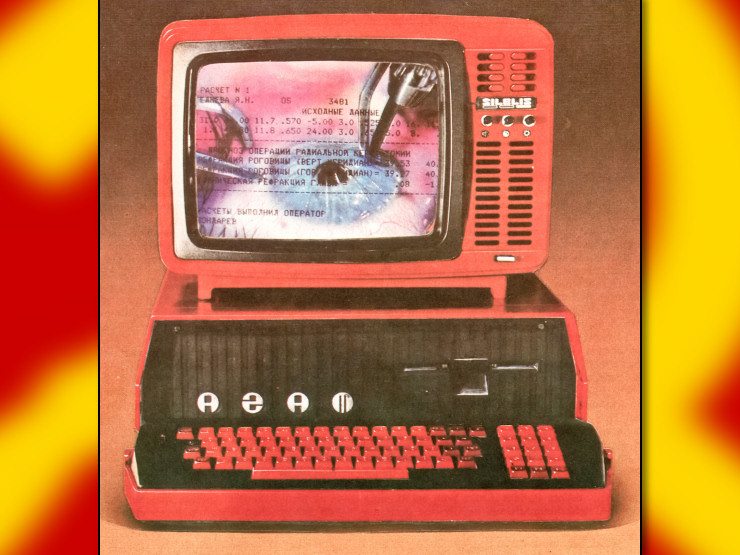 This snazzy red and black number, the Agate-4 , was a Russian facsimile of the Apple II home computer and was a fixture in Soviet schools. 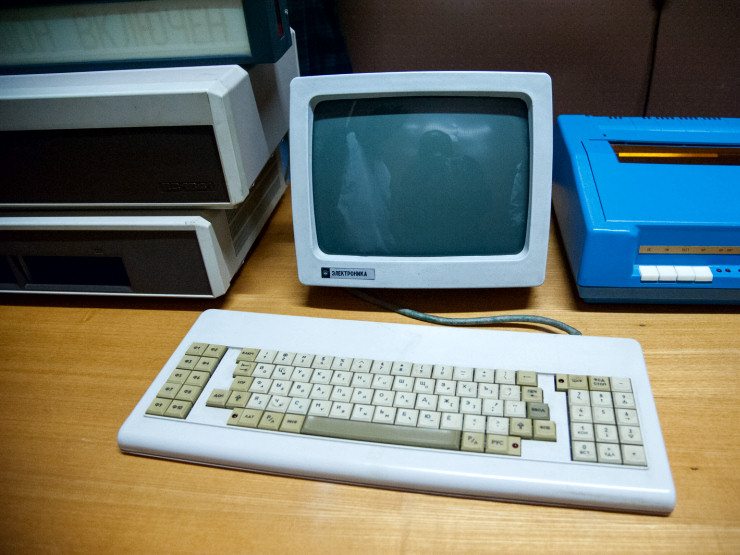 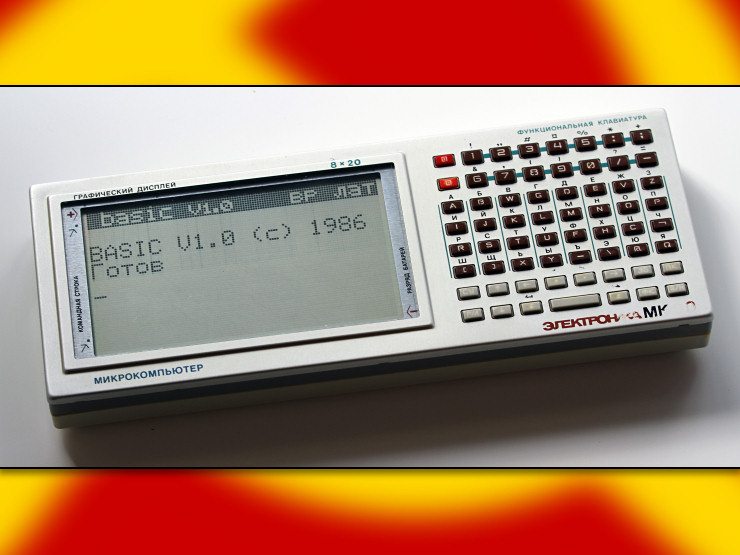 The handheld Elektronika MK-90, with its built-in 120×64-pixel LCD screen, ran BASIC. In line with inflation, the pocket PC cost the equivalent of $22,000 in today’s money. 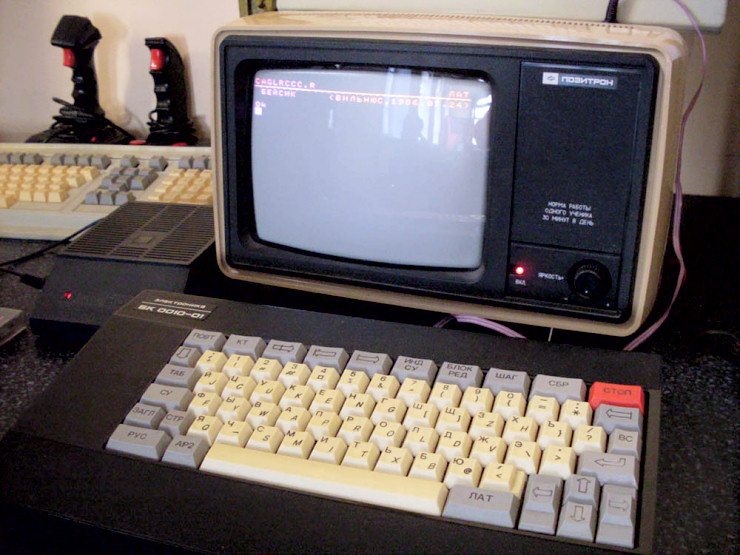 While home computing was more cost-prohibitive in Russia, the most popular family PC was the Government-approved BK 0010-01, which was yet another PDP-11 copy.