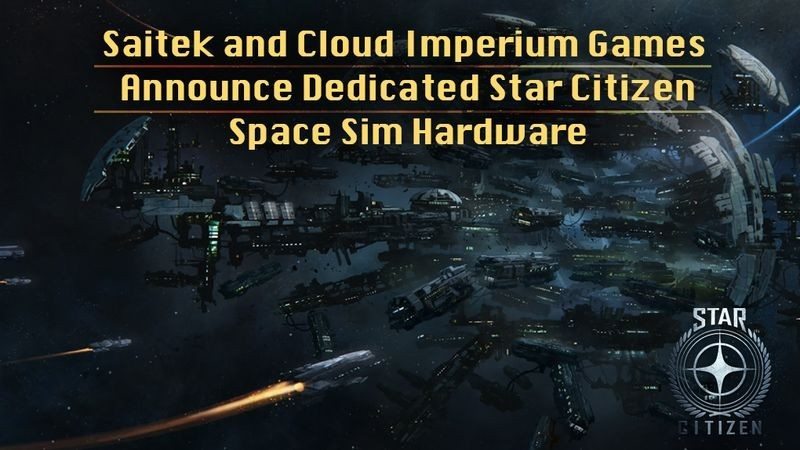 Mad Catz and their Saitek brand have reached out into new realms as of late and we’ve seen several interesting new things, ranging from music instruments for the new Rock Band game as well as exclusive farming simulation hardware geared towards, yes you guess it, Farm Simulator. That wasn’t enough for them and they’ve now announced dedicated Star Citizen Space Simulation Hardware. We have not yet been shown what that will look like, but I’m sure that it will get one or the other fan excited.

Mad Catz teamed up with Cloud Imperium Games to create a range of officially licensed simulation products for Star Citizen and its groundbreaking science fiction universe. The new range of hardware is expected to ship in 2016 and will be released under the Company’s Saitek simulation brand.

The game combines FPS combat with persistent MMO gameplay to create an amazing universe with almost unlimited gameplay experiences. Such a game also deserves some proper hardware and while Mad Catz already worked closely with the company that used the Saitek X52 in multiple videos and also made it perfectly compatible with the game. While the X52, and also X55 H.O.T.A.S. sticks are great, they are more aimed at earth-based simulation games.

It will be very interesting to see what the two companies come up with. The official web page already has a section for space simulation, but so far it only contains products from the current lineup.