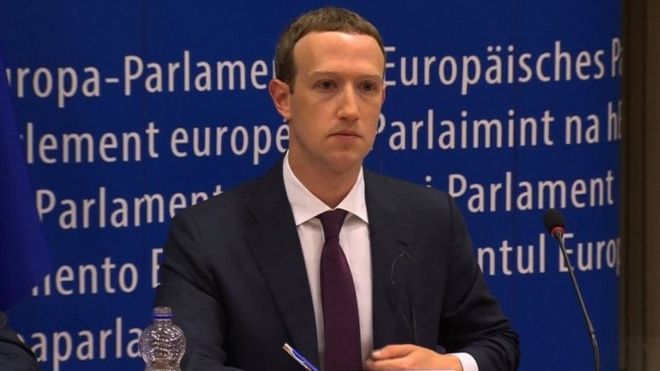 Yesterday, Mark Zuckerberg faced the EU Commission to discuss the recent data scandal and other matters which rocked the social media site. Specifically, how it intends to deal with much of the criticism leveled at it. There has, after all, been quite a lot of that in the last year. Enough at least to warrant these appearances by its chief.

It was hoped by many that the EU Commission would be a little tougher than the US Senate had been in their meeting with him. Despite this though, the meeting has largely been deemed a disappointment with many accusing Mark Zuckerberg of effectively dodging the difficult questions. Something that many felt he also did at the US Senate hearing. At least, I certainly did.

In fairness though, any criticism should be placed strictly at the format of the meeting. A format that didn’t allow cross-examination. Nor indeed any direct answers to questions. As such, many have viewed this as another chance wasted to really put the social media site under scrutiny.

In a report via the BBC, many feel that the format within which the discussion took place was completely ridiculous. In the US Senate hearing, questions were individually put forward with a direct answer from Mark Zuckerberg. That, however, was not the case here. Instead, he had to sit through every panel members question as they were sequentially asked and following this, he was allowed to format one response to the questions as a whole. Through what many consider a shrewd move, he almost certainly used this to his advantage.

Several of the more difficult questions were able to be deftly dodged and as such many feel that this format was deliberately chosen or agreed between Mark Zuckerberg and the EU President.

As such, the meeting was pretty much entirely pointless.

The whole affair though has largely left everyone dissatisfied. Particularly those like myself who felt that the US Senate let Mark Zuckerberg off too lightly. Hopefully, though, this will just put more pressure on the UK Parliament to issue an official legal summons for Mr. Zuckerberg to appear before a Parliamentary commission.

Sooner or later, he surely has to address some real questions. Better still, be held accountable to give some straight answers. We will, however, have to just wait and see.

What do you think? Who performed better, the EU Commission or the US Senate? Did you watch the live stream of the meeting? In addition, do you think Mark Zuckerberg should appear before the UK Parliament? – Let us know in the comments!