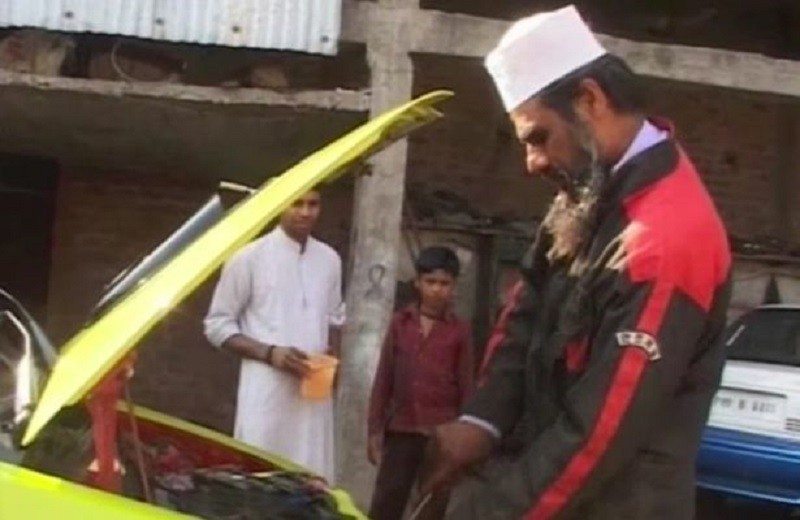 I don’t think this gentleman will be on the Christmas lists of Shell or BP anytime soon, anyway, a car mechanic from India has claimed to have designed a new and rather a cheap way of fuelling a car and it arrives apparently in the form of water.

The gentleman in question goes by the name of Mohammad Raees Markani who has been modifying an “800 cc engine” for the last five years. He believes to have found a new alternative form of eco-transportation by using a mix of water and carbides (a compound composed of carbon)

Below is a video of this apparent achievement, amazingly, a one-litre mix of this potion costs around 2p. Mr Markani explained that his car “runs on acetylene gas” which is formed from a chemical reaction between calcium carbide and water. He also stated that he needed to make various changes to the engine with the aim of helping the performance of the car.

If true, it’s astonishing considering Mr Markani has never been to school and also cannot read or write, it has also been noted that he began to experiment with various techniques around 5 years ago and has since made an efficient engine that runs on water.

Various high-profile companies are said to be interested and Mr Markani is open to offers, if they meet his one condition, this is, any plant or factory that is established in order to manufacture vehicles that utilize this technique will need to be built in his hometown of Madhya Pradesh. Mr Markani explained that he wants “things to change in my hometown”

It will be very noteworthy to follow the development of this project and if true, could be a turning point for both eco-friendly vehicles and also the environment, well, until we run out of the water that is.