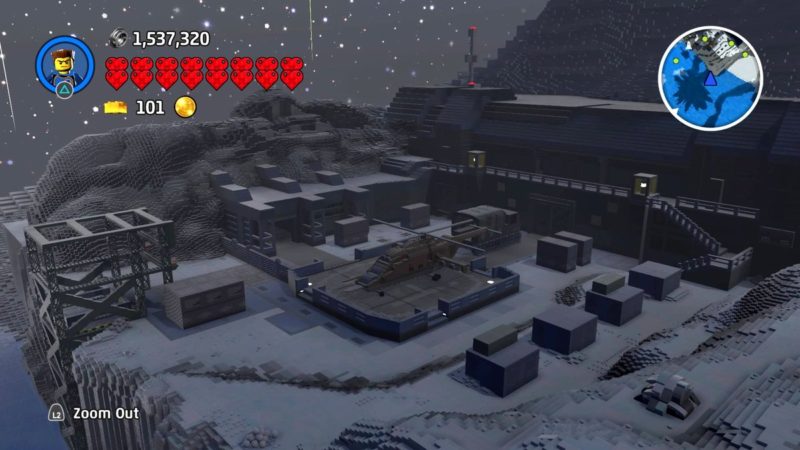 I must admit I loved the Lego games at first, but I’ve grown a little tired of the growing catalogue. However, if there’s room in my world for one more, Metal Gear Solid would be right at the top of my list. Some dedicated gamer has painstakingly recreated the Hideo Kojima classic Metal Gear Solid brick by brick. Not the full game, of course, but some of the most iconic scenes from the game look far better than you would expect when made out of digital Lego!

YouTuber ‘Bearly Regal’ has recreated some of the opening scenes, including the snow-covered base, the HIND-D, the elevator, cargo truck, they’re all there! There’s even a Lego Snake to run around with, and a kick ass overlay of the music to complete the set.

The project is believed to have taken at least 60 hours, and he’s already pondering further work around the Shadow Moses theme. I’m really hoping he does, as there are so many great locations in the game that would work well with this setup.

Personally, I would put down the money right now for an official Metal Gear Solid Lego game, and while it’s highly unlikely it would happen, it would be a fun excuse to revisit the PlayStation 1 classic.

Check out the video below and prepare to be amazed!