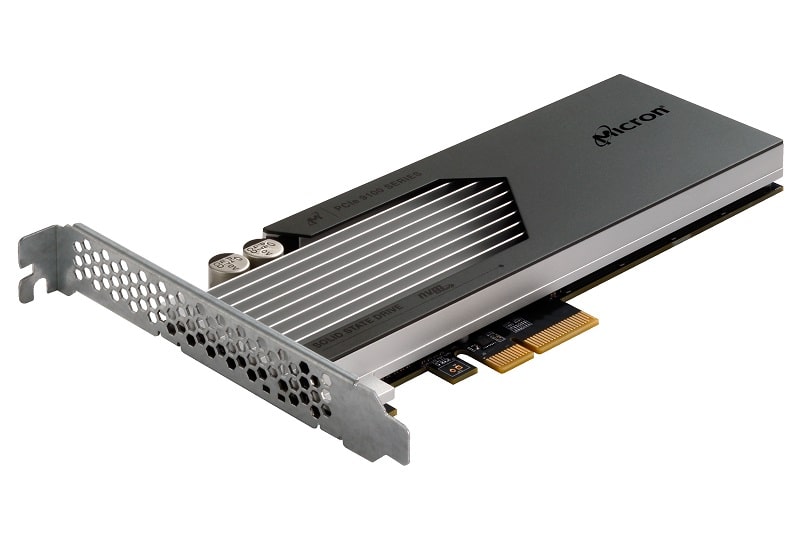 NVMe has been hailed as the next big storage protocol supplanting the aging ACHI that many SSDs still use. While NVMe is still slowly making its way into the consumer market, the enterprise segment has been readily moving forwards. In light of this Micron is updating their P420m and P320h lineup of SSDs with the new 9100 and 7100 series of drives with NVMe support.

With the larger model number, the 9100 is the higher performing and more costly model. It comes with a PMC-Sierra controller and boasts a high 27W TDP. The drive comes in both PCIe 3.0 x4 or U.2 formats with peak reads and writes at 3.0 GB/s and 2.0 GB/s respectively. Capacities range from 800GB to 3.2TB. Random read/writes are even more impressive at 750k/160k IOPS.

The Micron 7100 is a more mainstream product, utilizing a  Marvell 88SS1093 controller. This is Marvell’s first NVMe PCIe 3.0 controller and uses Micron’s custom firmware. The form factors and capacities are different too, with M.2 and U.2  peaking at 960GB and 1.92TB respectively. Speeds are respectable as well, peaking at 2.5GB/s and 900MB/s for read and write respectively. Random read/writes are pretty good at 235K/40K for the fastest variant though the large capacities suffer due having to use higher capacity NAND dies, reducing parallelism.

Lastly, Micron has chosen to use their latest 16nm MLC. I suppose their 3D NAND isn’t quite ready for prime time and TLC wouldn’t do for enterprise drives. Micron expected their 3D NAND enterprise SSDs to drop in the second half of 2016. You can find more information at Micron’s press release here.