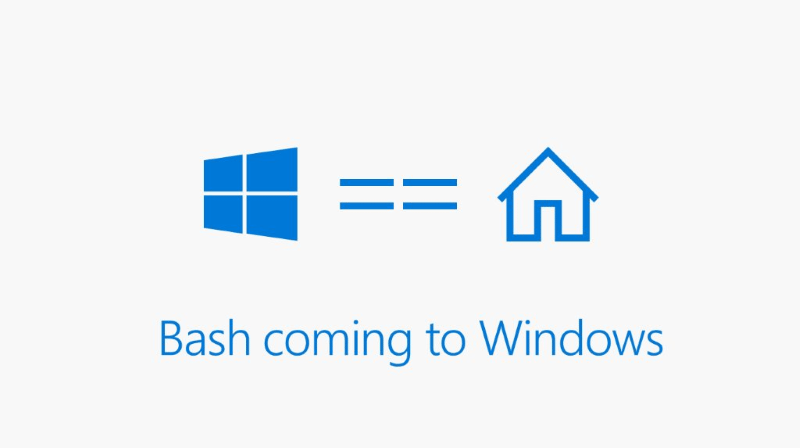 At Build 2016, Microsoft showcased something almost unbelievable, the Linux Bash shell running natively on the Windows 10 operating system, using Ubuntu binaries. Kevin Gallo, director of the Windows Developer Platform ran the demonstration during the keynote he delivered at Microsoft’s developer conference. This functionality is born of a collaboration between the producers of Ubuntu Linux, Canonical, and Microsoft with the goal of allowing developers to make use of Linux-only tools even when working on Windows.

The Bash shell isn’t the only thing that is coming over to Windows 10 either, with a wide array of Linux GUI-less utilities also being made available to run on the bash terminal. According to Canonical’s Dustin Kirkland “most of the tens of thousands of binary packages available in the Ubuntu archives” will run, not only utilities like cp, find, grep, and ssh, but also aptitude, apache, MySQL, python, perl, ruby, php, gcc, tar and so on.” The whole thing works by translating the shell’s Linux system calls directly into Windows system calls in real time, which should yield impressive integration with the operating system.

Both Gallo and Kirkland see this move as strengthening the position of both of their platforms, with Gallo wanting to make Windows more accessible to developers while Kirkland sees it as extending the reach of Linux and Ubuntu, as well as the importance of open-source software over proprietary apps. The implications of this move by Microsoft could be quite extensive as the addition of the enormous array of open source software available on the Linux platform may, in fact, draw users away from using Windows-specific applications. However with the Microsoft Azure platform already making use of Linux and Microsoft SQL server, they may be starting to fully embrace the Linux OS and may just be a win for them in the end.