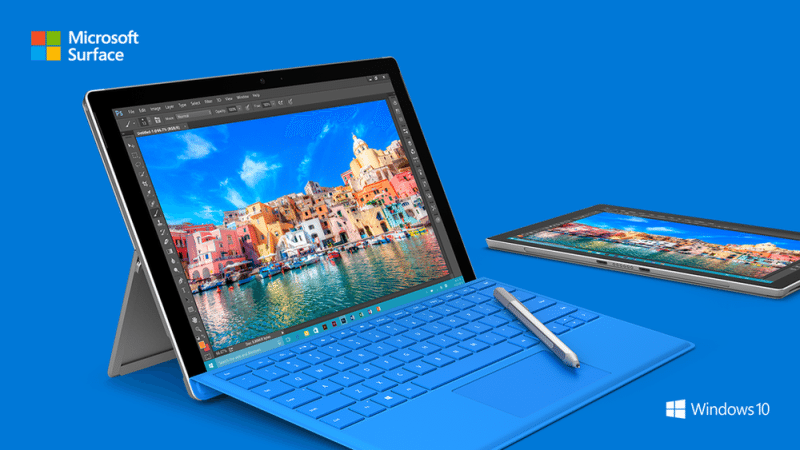 Following the reveal of the Surface Book laptop, Microsoft has officially unveiled the Surface Pro 4, the latest in its line of tablet/laptop hybrids, and it’s more powerful, lighter, and thinner than its predecessors, but boasts a larger screen, Windows 10, and a revised Surface Pen.

Microsoft’s Corporate Vice President and creator of the Surface Panos Panay presented the new system by reminding us of the catchphrase used to promote every Surface thus far: “This challenge of the tablet and the laptop… which do you buy? Remember that problem? It’s gone.”

The Surface Pro 4 runs on Intel’s new Skylake processors, and its new keyboard includes a fingerprint sensor, while the tablet, with its 12/3-inch display, features Cortana integration. Thankfully, owners of previous models will find that older Surface keyboards are still compatible. The new, improved Surface Pen has 1,024 levels of pressure sensitivity, and even an eraser at the base.

In order to squeeze the Intel Core processor – with the company claiming that the Surface Pro 4 is 50% faster than an Apple MacBook Air – into its thinnest ever tablet, Microsoft has heavily optimised its innards, using a G5 chipset to control the optical stack and covering the screen with 0.4mm Gorilla Glass 4.

The Microsoft Surface Pro 4 is available for preorder now, starting at $899/£749 for the 128GB 6th Generation Intel Core M3, 4GB RAM iteration, ahead of its 26th October release.