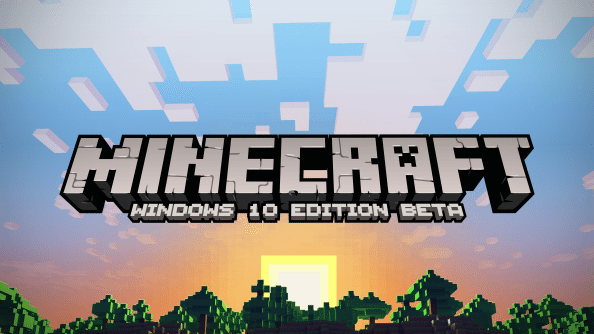 When it was released people couldn’t stop talking about it, while the graphics were done in blocks Minecraft’s simple graphics has done nothing but focus people’s attention on the options and gameplay choices. With versions for every console, including the Wii U, and people creating everything from houses to working mobile phones, it’s no surprise that when Microsoft brought out the game, they wanted to keep expanding on it. The latest update sees just that for the Windows 10 Beta and Pocket Edition.

Titled the “Overworld” update, everything from new visual updates to new gameplay choices have been added. Amongst this list, you can create some of the more advanced Redstone components, from creating repeaters and dispensers to trapped chests (for all those ‘visitors’ to your house). If you go near a swamp be warned as the spooky witches will now be there protecting their cauldrons, containing all kinds of randomly generated potion’s.

Microsoft seems keen to expand on the already popular game, with the release of an “educational edition” this summer. I haven’t played the game in a while and was thinking of booting up the server again at some point, but what do you all think? Has Minecraft had its time? Are you still playing the game and if so do you think the updates are enough to keep people interested or are the mods people create more useful when you want to find something new to do?