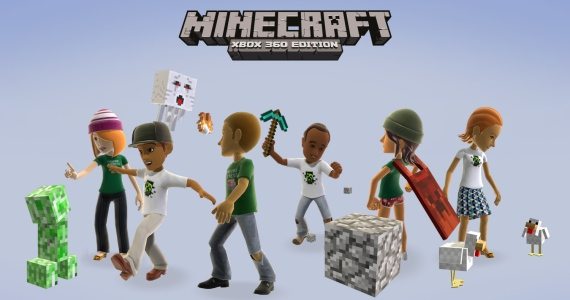 Notch  can continue to laugh either with us or at us from atop of a giant pile of money, his low resolution, simplistic and completely addictive digital block basher has gone on to incredible success that is rarely seen in such a short space of time, especially for something that started out so small in the first place.

The new sales figure was confirmed by the developers at 4J studios, the team responsible for handling the conversion of the game ot the Xbox 360 platform. The team reached out to their twitter followers to share the news that Minecraft on Xbox 360 had passed a staggering 7 million units. Obviously that is an impressive number, even more impressive for something that started out as a digital download on a platform with around 52 million user install base. It was only back in March that Minecraft Xbox 360 hit the 6 million mark, around the same time that they were working on bringing the game to retail stores.

Of course all this is dwarfed by the fact that PC owners have scooped up 11 million copies of the game, there is an edition being made for the Xbox One and I doubt the developers are done riding the money train on this one just yet as the game gains in popularity and seems no where near slowing down just yet.

Thank you 4J for providing us with this information.