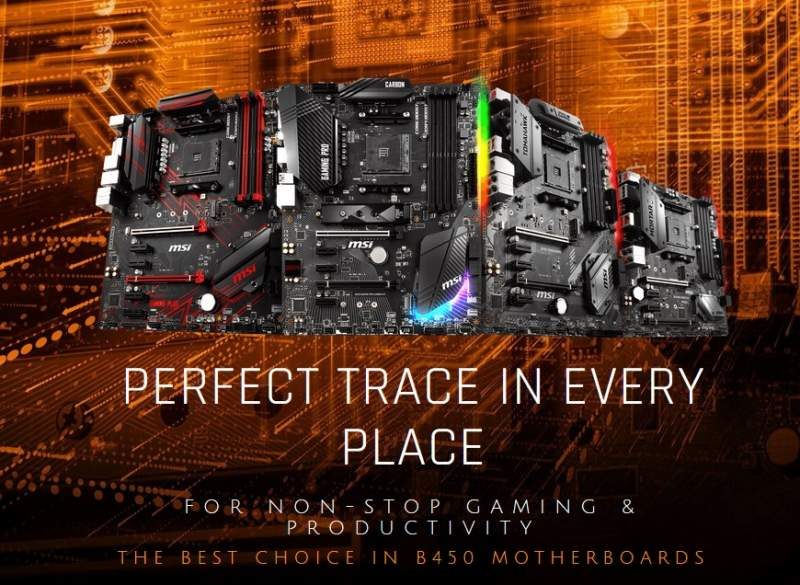 MSI is preparing several B450 chipset motherboards for launch before the end of the month. These bring plenty of new features exclusive to second generation Ryzen CPUs such as StoreMI and Core Boost. However, MSI also improves certain features from their first generation Ryzen B350 chipset models. Notably, MSI incorporates a new extended heatsink design for superior VRM component cooling. MSI also incorporates the new bios Flashback+ feature which enables BIOS updating with only standby power. This is a feature similar to ASUS’ BIOS flashback introduced back in 2010.

What MSI Boards are in the New B450 Lineup?

Five new models are now listed on MSI’s website. This includes the ATX-sized B450 Gaming PRO Carbon AC, B450 Gaming PLUS, and B450 Tomahawk. MSI also has two micro-ATX motherboard options with the B450M Mortar and B450M Gaming PLUS. 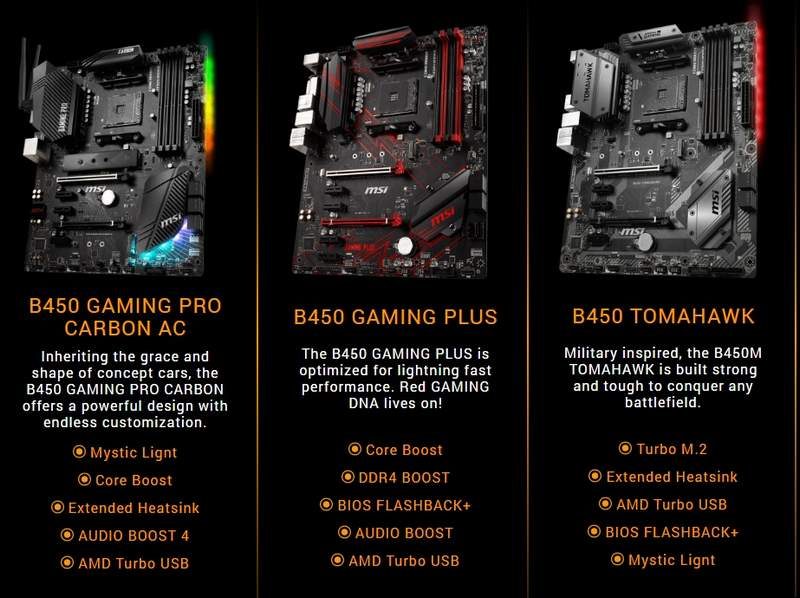 Next in line is the B450 Tomahawk which also has the Mystic Light RGB LED functionality. Although this one lacks the digital 3-pin 5V addressable LED support, utilizing only 4-pin 12V RGB LEDs. It also has an extended VRM heatsink design, but only comes with a single Turbo M.2 slot. The B450 Gaming PLUS on the other hand forgoes the Mystic Light RGB LED entirely. Instead, it provides a solid foundation for a gaming build, providing the practical necessities. Both the B450 Gaming PLUS and the B450 Tomahawk use a Realtek ALC892 HD audio codec as well as a Realtek 8111H Gigabit LAN controller. 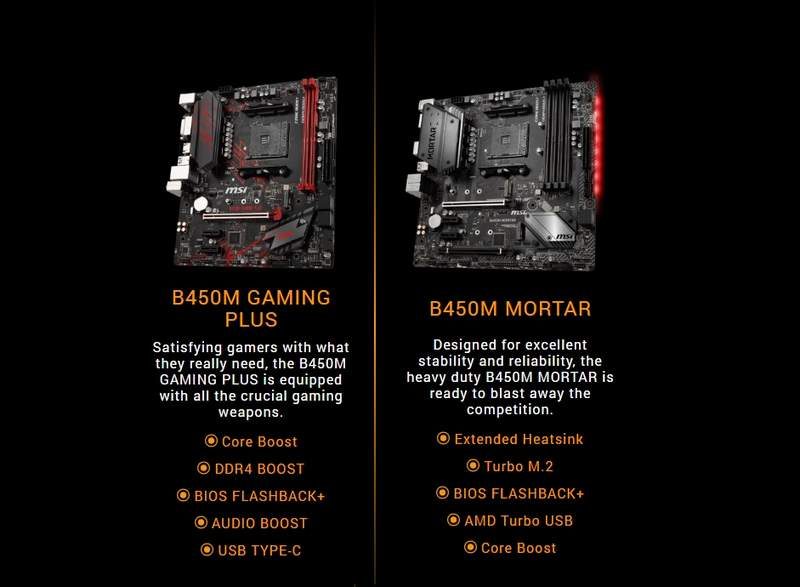 How Much Are These B450 Motherboards?

Expect the pricing to be similar to their B350 chipset motherboard counterparts upon launch. Like the B350 chipset, AMD intends the B450 chipset as a more affordable option to the full-spec X470 chipset board. Thus, many of these boards will be around or below $100 USD in price.