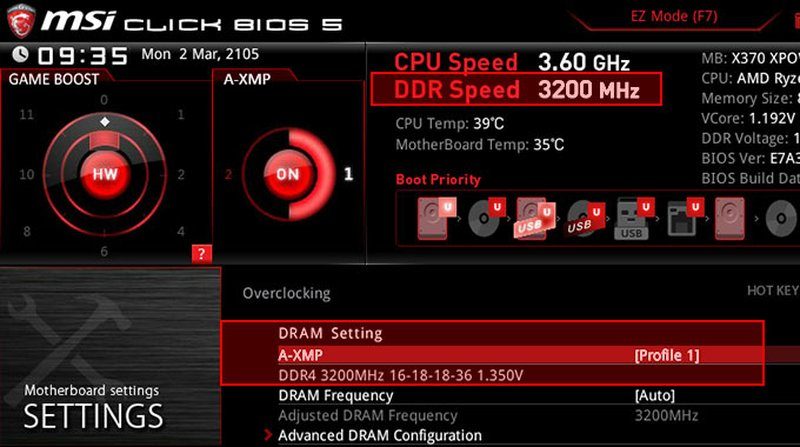 We all know by now that memory performance has a big impact on AMD’s Ryzen processors and as such MSI’s newest feature is a welcome addition. MSI announced that it is proud to announce that they are featuring the world’s first 1-second DDR4 performance and stability feature named A-XMP.

The A-XMP feature is much like the well-known Intel XMP feature, only for AMD systems. The A-XMP enables support for higher rated DDR4 memory kits to work without any hassle. The new feature will be rolled out in soon to be available BIOS updates for all MSI AM4 motherboards. Speaking of AM4 motherboards, MSI announced 7 new of those at the same time. 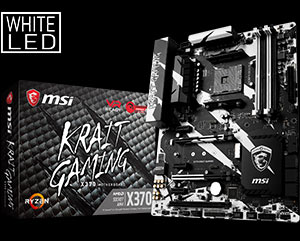 The X370 KRAIT GAMING features the well-known KRAIT GAMING black and white colour scheme. It comes with STEEL ARMOR PCI-E slots with hydro dip paint coating to match the board’s design. It comes with MSI’s latest technologies such as the VR Boost for the best VR gameplay experience with lower latency and reduces the possibility of motion sickness as well as Lightning USB 3.1 Gen2, Turbo M.2, Audio Boost, GAMING LAN and DDR4 Boost. 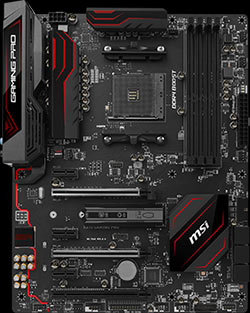 The X370 GAMING PRO features the same design as the 200-series GAMING motherboards with heavy plate heatsinks and the GAMING IO cover. It also comes with features such as Audio Boost, GAMING LAN, Turbo M.2 and, M.2 Shield to ensure the fastest SSD speeds. 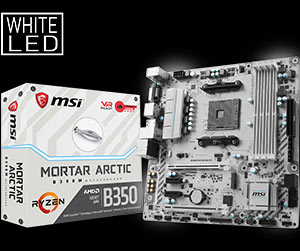 The B350 TOMAHAWK ARCTIC and the B350M MORTAR ARCTIC are ATX and micro-ATX motherboards for the new Ryzen CPUs. These second generation ARCTIC models inherit the same “cold” design and as all MSI boards, they’re loaded with features. 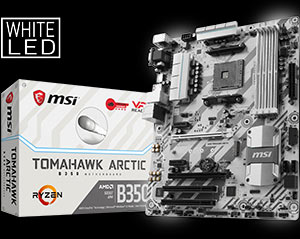 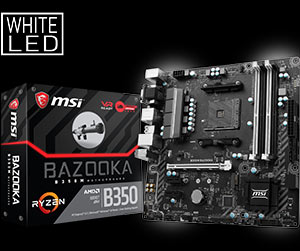 The B350M BAZOOKA is a more affordable gaming motherboard that still offers plenty of features, but at a reasonable price for budget builds. The design is inspired by the concept of main battle tanks with heavy plated heatsinks and a military-themed PCB print. Features still include Turbo M.2, GAMING LAN, and Audio Boost. 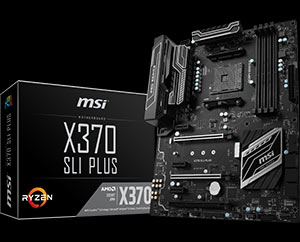 The last two boards are from the PRO series and the first is the X370 SLI PLUS.  It was designed enthusiasts and professionals and it is based on a full black colour scheme with silver highlights. It comes with the Lightning USB 3.1 Gen2 which extends data transfer bandwidth options to provide the best USB 3.1 performance. STEEL ARMOR M.2 helps stabilise fast SSD data signals for the best performance and STEEL ARMOR slots prevent PCI-E slots damage from heavy graphics. More performance-related features include DDR4 Boost, Turbo M.2, Audio Boost, X-Boost, Network Manager and more. 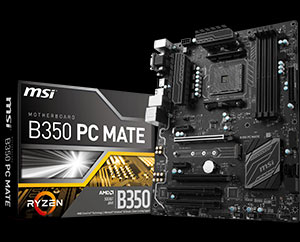 The B350 PC MATE was designed for normal office use. The B350 PC MATE offers plenty of storage and audio features, but also clever tools for easy assembly and troubleshooting such as DDR4 Boost, Steel Armor and EZ Debug LED. It is inspired by the design concept of SLI PLUS, but with fewer bells and whistles.