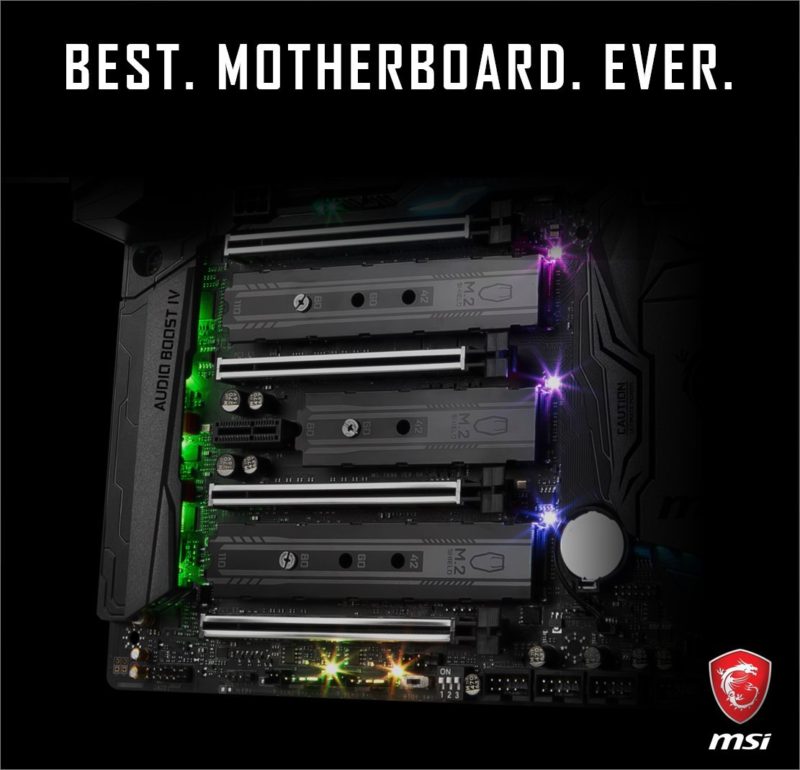 Motherboard manufacturer MSI teased a photo showing a new motherboard with the caption “best. motherboard. ever”.  There is plenty of information available from the photo which suggests this might be a high-end Intel motherboard. That is despite the fact that the motherboard is not in full view. The obvious clue points to the amount of PCIe lanes used in the hardware. There are four PCIe x16, one PCIe x1 and three M.2 ports. Only an Intel high-end desktop system currently offers enough lanes to support all of that. AMD’s new AM4 Ryzen only has 20 PCIe Gen 3 lanes from the CPU and 8 GP PCIe Gen 2 lanes via an X370 chipset. It also does not make sense for MSI to release a new motherboard for the ageing X99.

Intel Skylake-X and the X299 Chipset 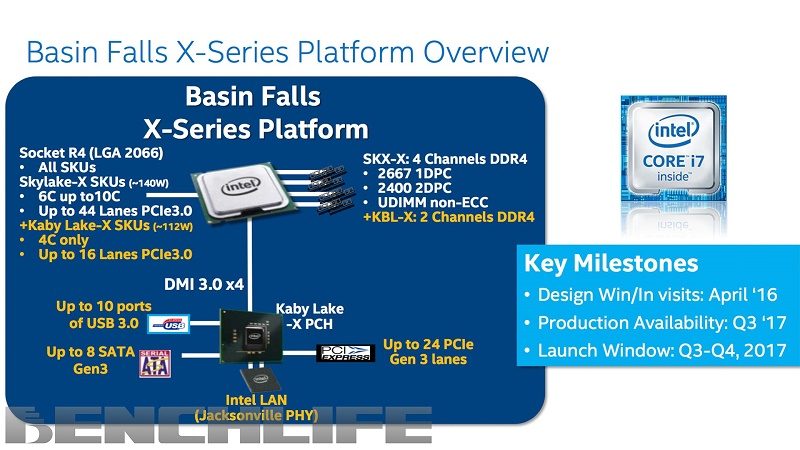 Rumours are swirling around about the impending release of Intel’s next generation HEDT platform. Two months ago, an ASRock X299 chipset motherboard with an Intel i7-7740K has been spotted via SiSoft Sandra‘s benchmark database. There are also rumours of Intel feeling threatened by AMD’s Ryzen that they are pushing for a much earlier release than everyone anticipated. This release is expected to be sometime around Computex or right after it in June. Intel’s “Basin Falls” X99 chipset platform is thought to be launching in August or around Q3 2017 originally.

Other than the expansion slot features, MSI’s teaser shows the M.2 heatshields present on all available slots. The PCIe x16 slots are also equipped with MSI’s armor reinforcement. The top part of the photo is dark, but there is also a power supply connector in there. This is most likely for additional PCIe power for those who want to run three or four cards simultaneously. At the bottom, there is also a BIOS switch toggle, and a DIP switch toggle for three values. Since there are four PCIe x16 slots, this is probably for the M.2 slots instead. Design-wise, the motherboard teased resembles MSI’s Carbon series rather than their Titanium Xpower boards or their black/red gaming board.

Verifying all of this is just a matter of waiting of course since Computex is only several weeks away.