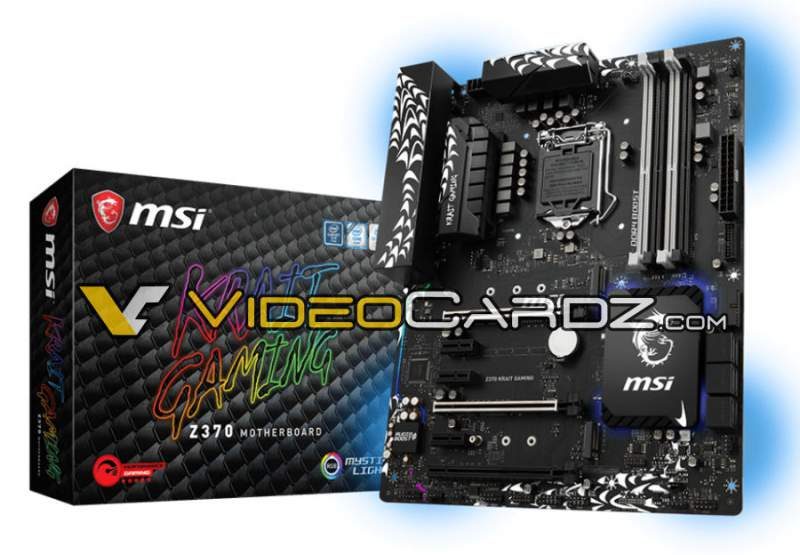 The folks over at VideoCardz.com have the photo of the upcoming MSI Z370 Krait Gaming motherboard ahead of the October 5 launch. If the chipset and motherboard naming confuses you then keep in mind that the Z370 is for Intel and the X370 is for AMD. AMD deliberately stepped on Intel’s toes when naming their Ryzen series chipsets. Even their B350 chipsets which compete directly with Intel’s B250 has a similar naming scheme.

The new MSI Z370 Krait Gaming sports the familiar black and white color scheme of the Krait series. However, the new Z370 also seems to have a lot less whites on it. It has six SATA3 6G ports that are at an angle, and has two M.2 slots for storage. It also has two USB 3.0 19-pin headers onboard. In fact, the layout is near-identical to the Z270 Krait Gaming with the exception of the change in paint. 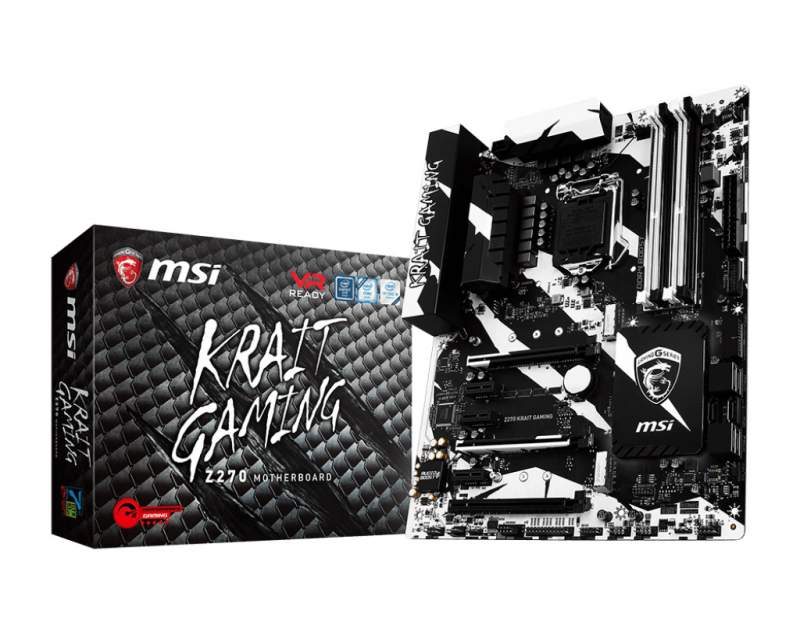 The VRM heatsink is also identical in size with the same 10-phase VRM and even the audio sub-system is identical.  What is different is the bottom edge which shows a slightly different layout. The Mystic light RGB LED feature appears to be an upgrade, with the chipset and the audio separation area lit up. This is in addition to the RGB LED header onboard which users can attach RGB LED strips onto.