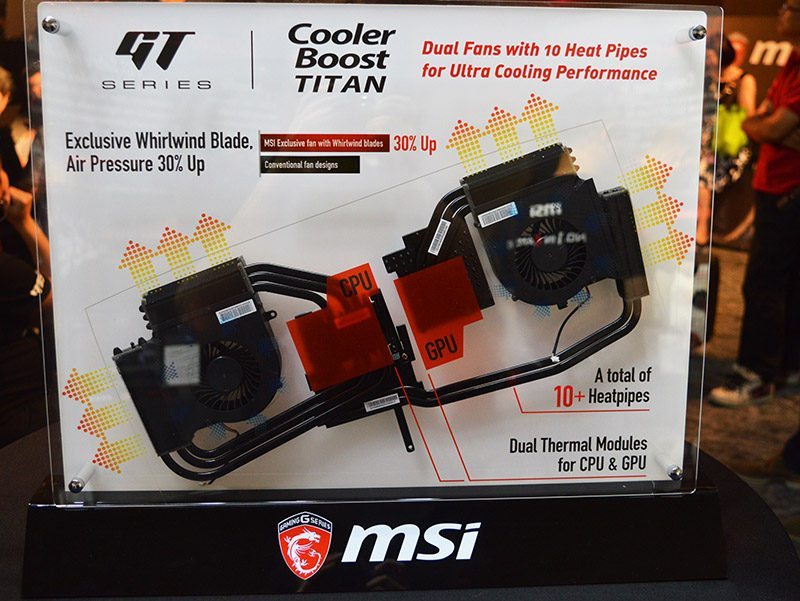 Effectively cooling any processor or graphics chip within a slim frame is challenging and often results in thermal throttling. I’ve experienced many situations when the CPU’s core frequency plummets due to it reaching the TJ Max. The cooling hardware’s inability to contend with the thermal loads is problematic and can dramatically inhibit performance. MSI’s current cooling hardware is pretty impressive and I’ve not personally seen any of their review samples begin to overheat. Despite this, I did encounter lacklustre overclocking headroom which is to be expected given the way laptops are constructed. MSI has acknowledged this and decided to dramatically improve the cooling apparatus used on their latest creations. During a press event in Taipei, an MSI employee demoed the real-time frequency in CPU-Z while running a demanding benchmark to show the stability of a 4.3GHz overclock. 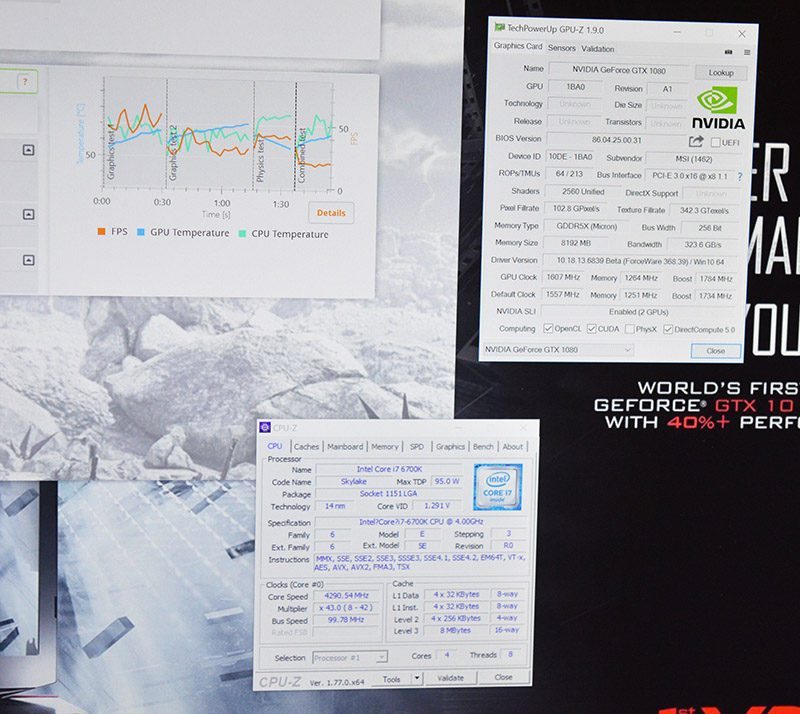 On the extreme performance units like the GT83VR SLI, MSI has developed the Cooler Boost Titan technology which consists of three Whirlwind blade fans. Each fan has 29 blades which provide 30% more airflow at the same RPM values as conventional designs. Therefore, the noise to performance ratio is significantly improved. Please note, the number of fans may be scaled back on certain models with only a single GPU. On another note. there’s up 15 heat-pipes which independently cool the CPU and GPU. 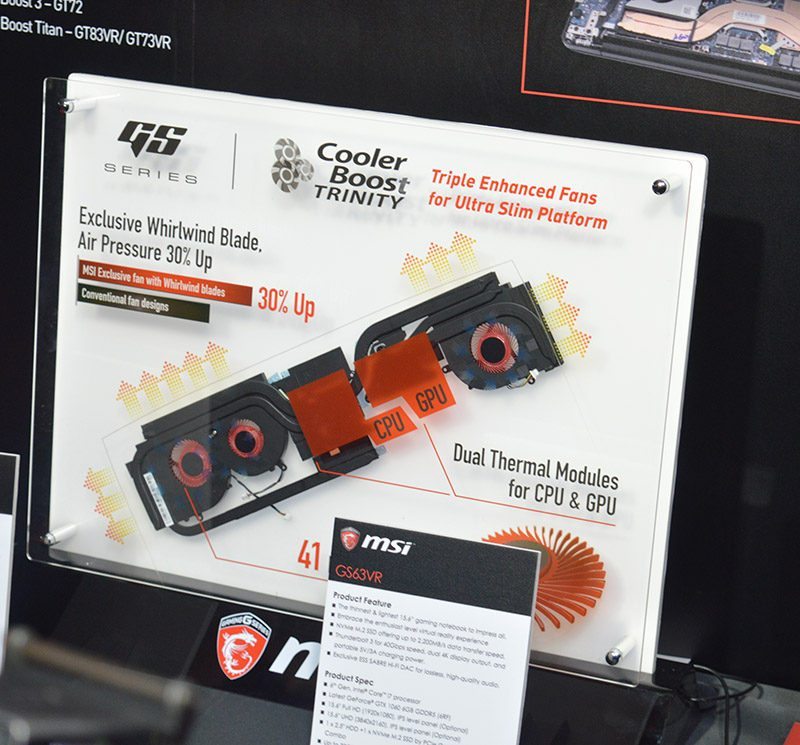 Thank you MSI for inviting us to Taipei to cover their press conference.