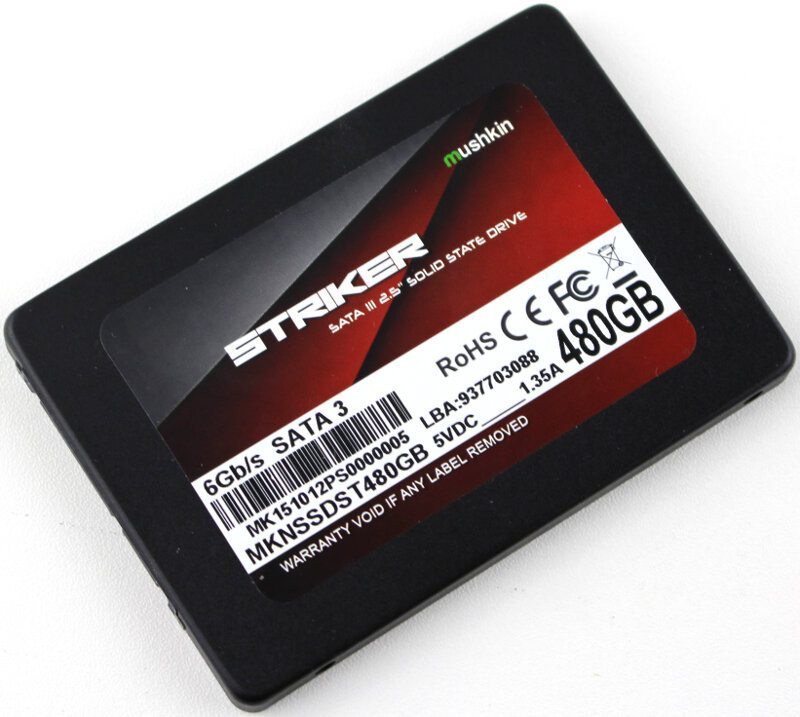 It has been a while since we had a closer look at Mushkin’s lineup of solid state drives which makes today’s review a little more interesting than just looking at a great perming drive. On the test bench today is the Mushkin Striker 480GB 7mm slim solid state drive and I’ll put it through the usual tests to see how well it performs.

Mushkin built the Striker series with a performance that should satisfy the most demanding users, at least on the SATA3 connection. The Striker is built with Phison’s PS3110-S10 quad-core 8-channel controller which is coupled with quality MLC NAND. Three of the cores are dedicated for flash management and the controller also supports 256-bit AES encryption and Opal 2.0. These things coupled make for a great performing drive and this 480GB model is rated for up to 565 MB/s read and 550MB/s write speeds. The IOPS are rated around 90K for both read and write. 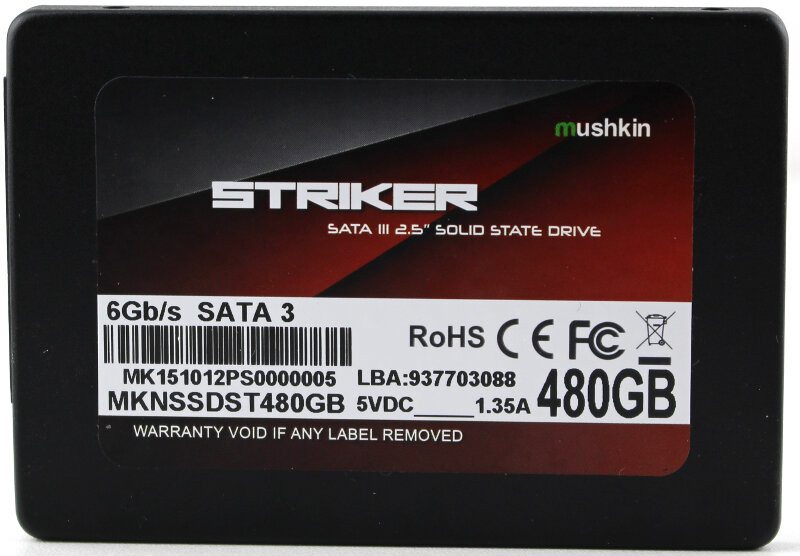 Performance is only one aspect of a drive, it also has to be reliable and keep your data error free. The Phison PS3110-S10 controller supports end-to-end data path protection, SmartECC, SmartRefresh, SmartFlush, and GuaranteedFlush. The end-to-end data protection makes sure that the data stays uncorrupted during the travels through the different parts of the hardware until it reaches the NAND flash.

SmartFlush is a proprietary algorithm to minimize DRAM utilization for user data. The Smart On-the-fly Flushing and Smart Triggered Flushing constantly flush data and re-organize random data chunks in the cache to minimize the time data stays in the cache as well as keep your data safe.

SmartRefresh consists of two parts that essentially are the wear-leveling algorithms. The run-time media scan and idle-time media scan detects ECC bit during read and idle operations and reallocated data to healthy blocks when the ECC bit exceeds the threshold.

Overall, the drive has all the features that you will want in a drive and that should make sure that you have a great performing drive for many years to come. Next to the ECC, garbage collection, and wear-level algorithms, the Mushkin Striker also supports DevSleep (DEVSLP), TRIM, and SMART. 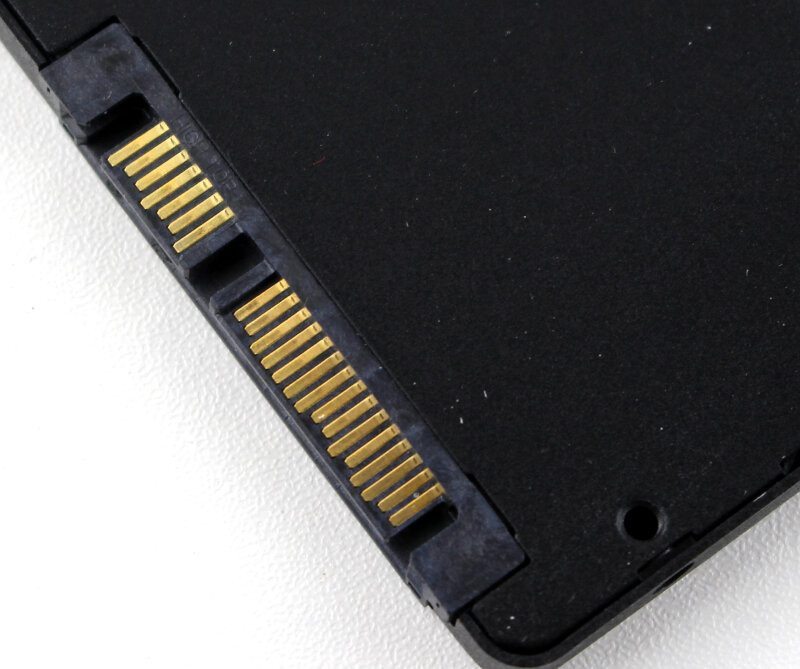 The drive in itself is very plain with its simple black enclosure and sticker on the top. You’ll find all the relevant information such as serial number and capacity on that label, and what else do you need on a solid state drive? Mushkin backs the Striker SSD with a 3-year warranty and it’s also worth mentioning that drives all are assembled in the US. 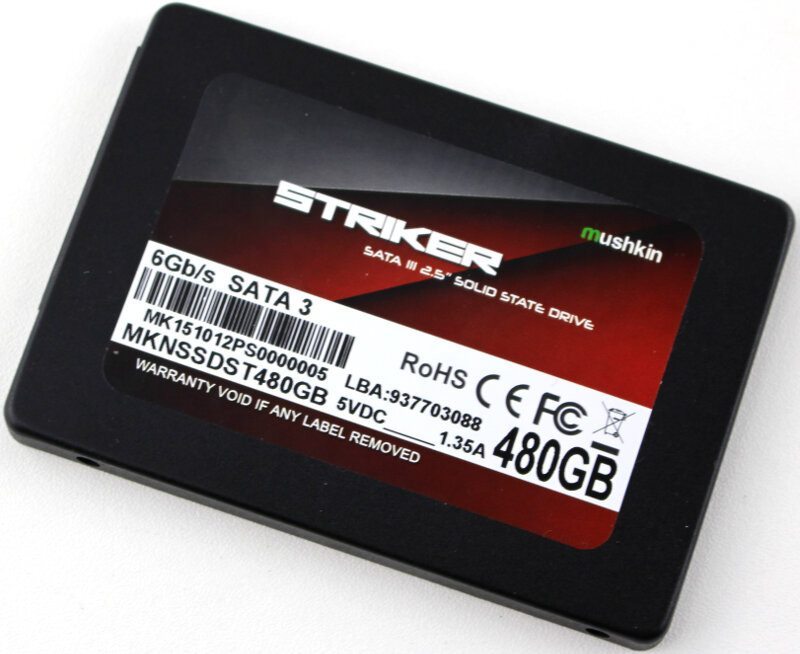 Inside the two-piece snap-together enclosure is a 2/3rd length PCB. One side holds four of the NAND chips as well as the Phison S10 controller and the Nanya cache chip. 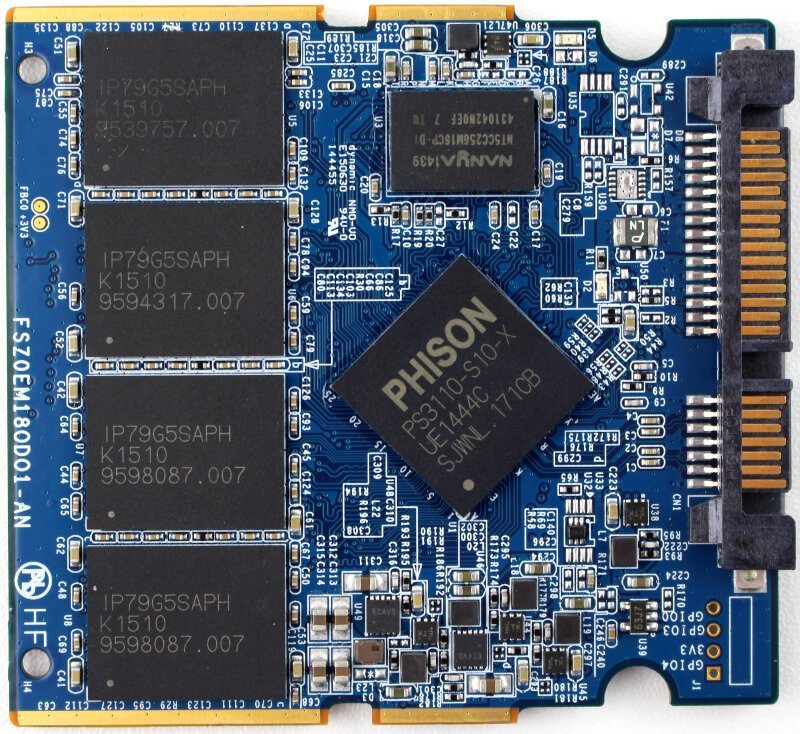 On the other side of the PCB are four more NAND chips in order to provide the 480GB capacity. 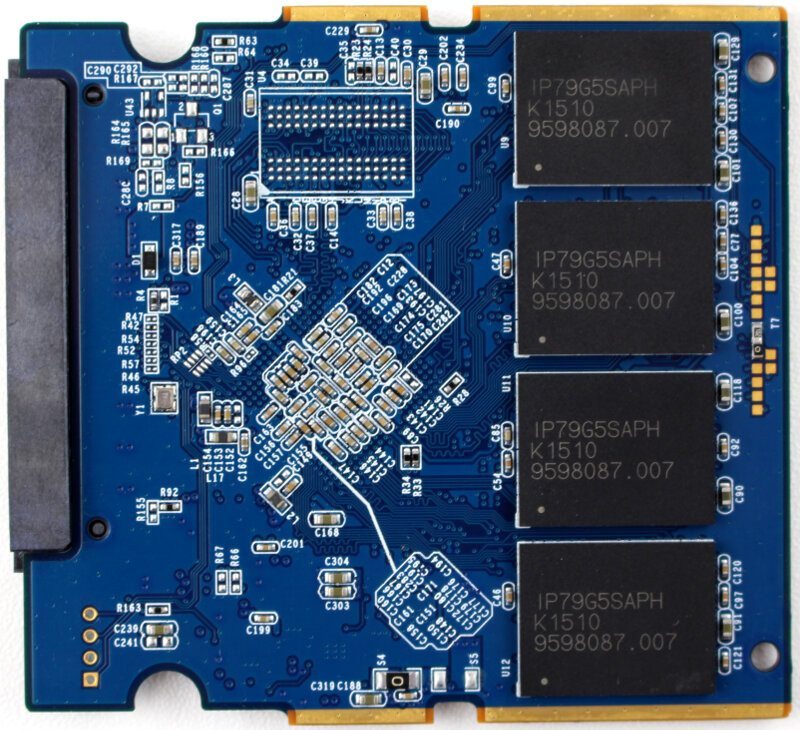 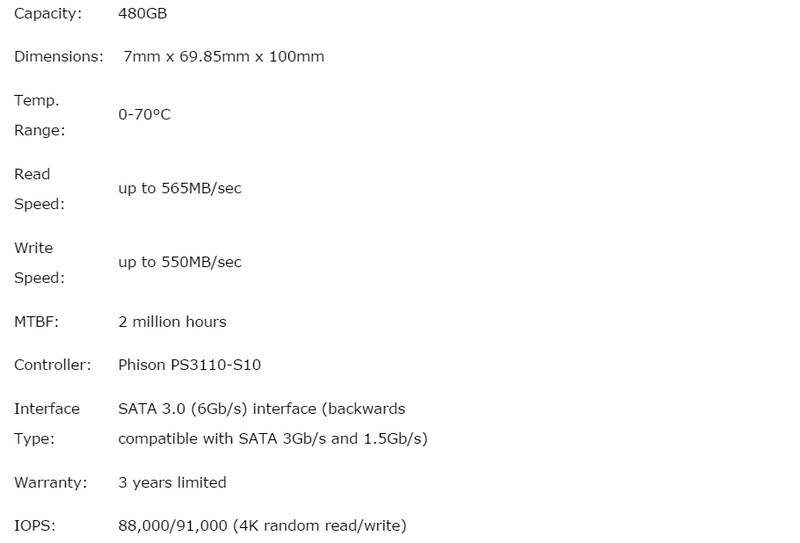 The Mushkin Striker comes in a simple blister package that showcases the included drive itself on both sides. 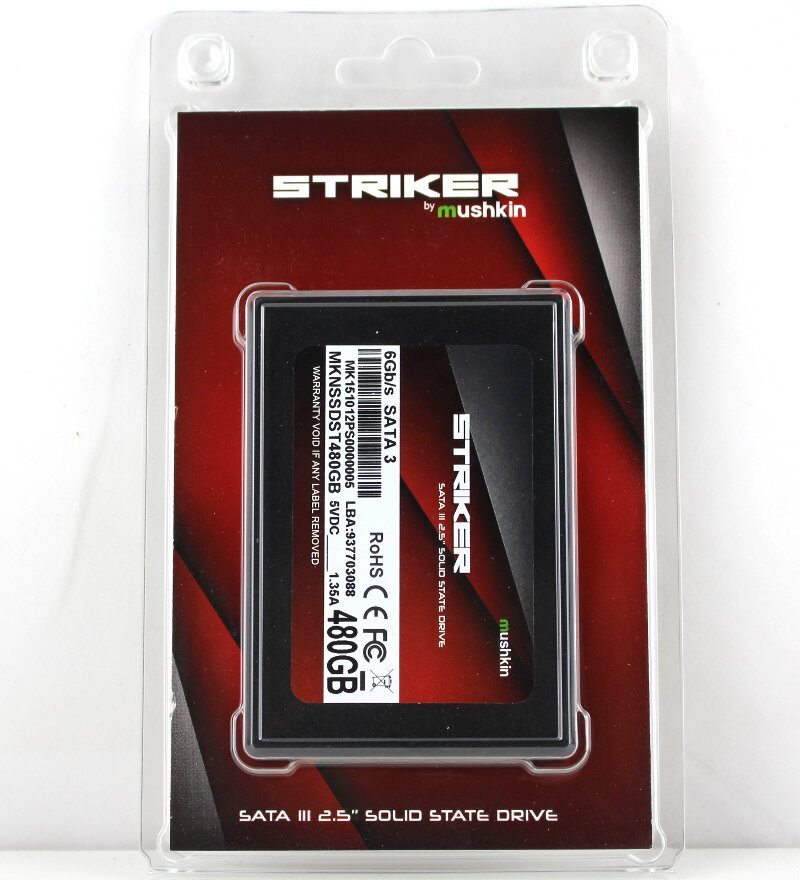 It is surrounded by a simple inlay that also shows the drive’s main features on the rear. Other than that, there isn’t much to the package. 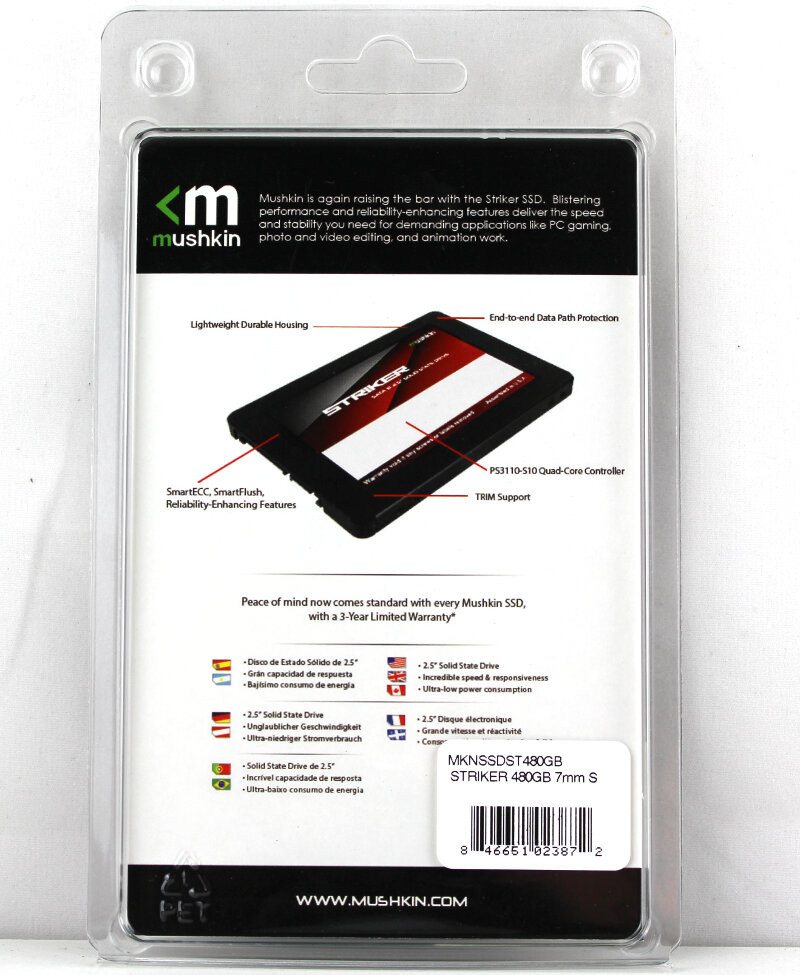