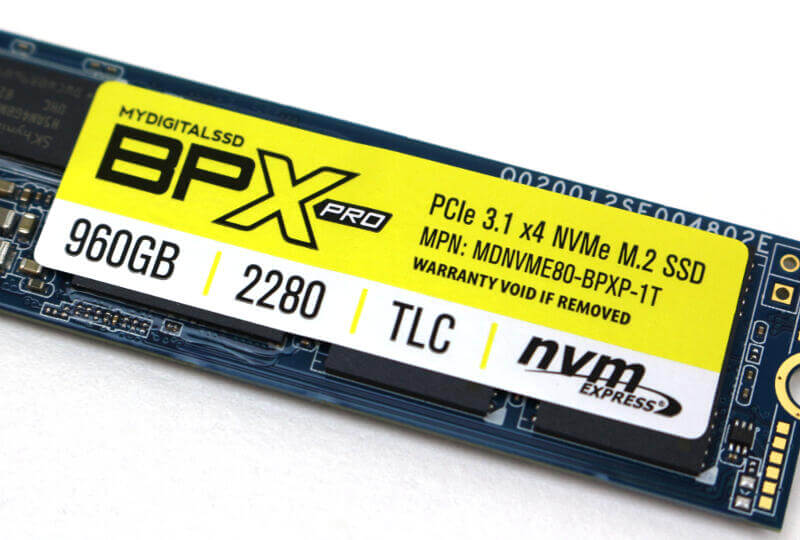 Here at eTeknix, we’ve had a look at quite a few storage drives from MyDigitalSSD. Today I’m taking a closer look at their newest and probably most impressive drive: The BPX Pro. The BPX Pro (product link) has only just been released, promising high performance for very little money. That sounds perfect, doesn’t it?

The BPX Pro is MyDigitalSSD’s latest addition to the X-Series. The full name is Bullet Proof eXpress, hence the BPX. It is a PCIe 3.1 x4 based drive on the NVMe 1.3 interface protocol. At the core, it is powered by Phison’s E12 (PS5012-E12) controller and coupled with Toshiba’s BiCS3 TLC NAND.

Right now, there are three available capacity options with a fourth just around the corner. It all starts with a normal 240GB and 480GB from where it moves onto the 1TB version which I’m testing today. Very shortly, a 2TB version will become available as well.

With a standard M.2 form factor of 2280 and the NVMe 1.3 specifications for lower temperatures and power draw, it’ll surely make it into a lot of systems around the world.

The random performance isn’t given in IOPS as we’re used to. Instead, we get it as MB/s. The smallest version with 240GB is rated at 50MB/s read and 315MB/s write. The three larger models have the same 4K random performance of 55MB/s reading and 325MB/s writing. 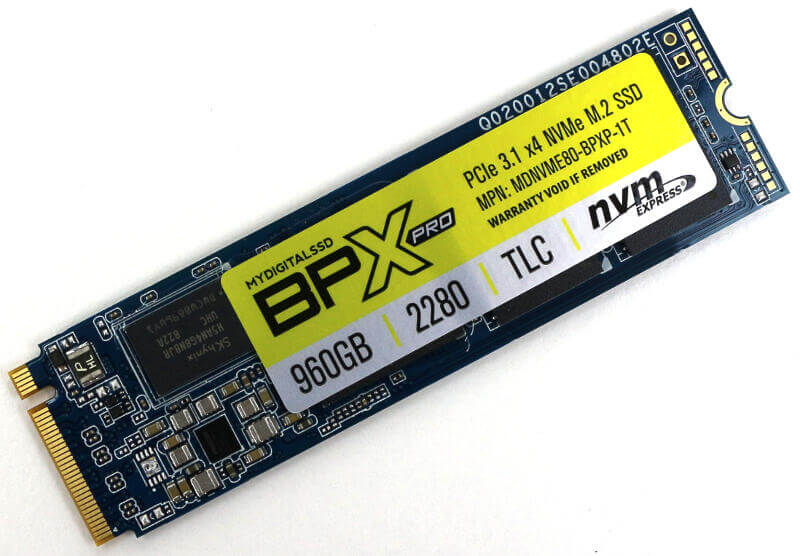 MyDigitalSSD backs the drive with an impressive 5-year limited warranty – but let us hope that you’ll never need it.

MyDigitalSSD made sure that the BPX Pro is equipped with a great feature set too. From Garbage Collection over End-to-End data path protection and bad block management to static and dynamic wear levelling. It’s all there. That naturally includes SMART and Trim support too. The BPX Pro is also compliant with AES-256, TCG Opal, and TCG Pyrite encryptions.

The power consumption is as good as non-existent. The drive consumes less than 900mW when idle and less than 2 mW when the L1.2 power mode is active. 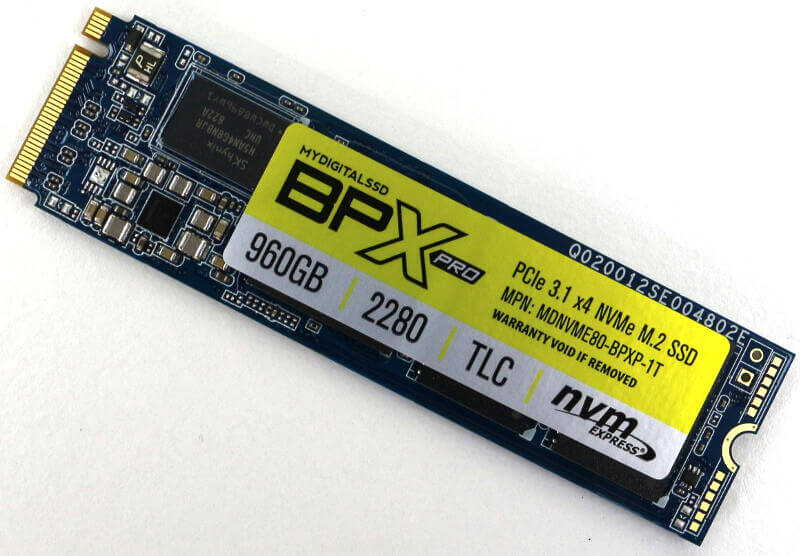 What Does MyDigitalSSD Have to Say About the Drive?

“MyDigitalSSD wants the BPX pro to be the best value for your dollar SSD on the market today PERIOD. In that thinking, we are slashing our pricing up to 25% immediately and giving all backorder customers a refund for the difference. Our new pricing is as follows

This pricing is only a few dollars higher than the cheapest and slowest NVMe SSD on the market while its performance and quality are arguably the best on the market. With this pricing, there should be no question on what SSD makes the most sense to purchase today.” 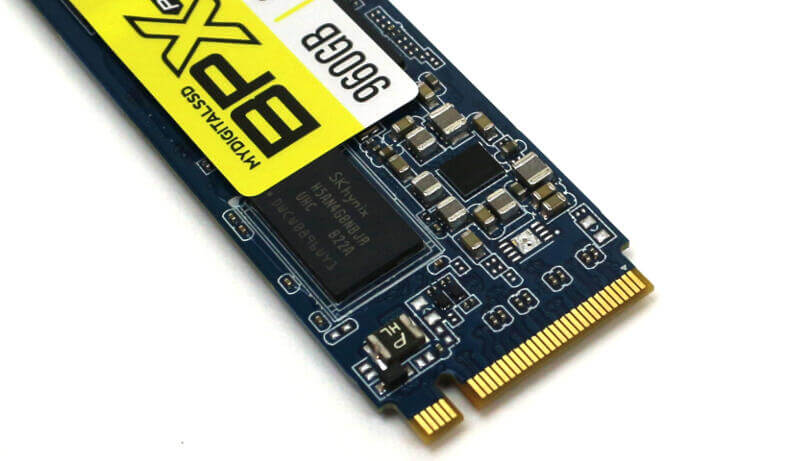 MyDigitalSSD’s BPX Pro comes in the same type of package which we’ve seen for prior drives. It might not be the fanciest packaging, but it’s one of the best for display. The inlay has all the vital features printed onto it while the drive and accessories are clearly visible. 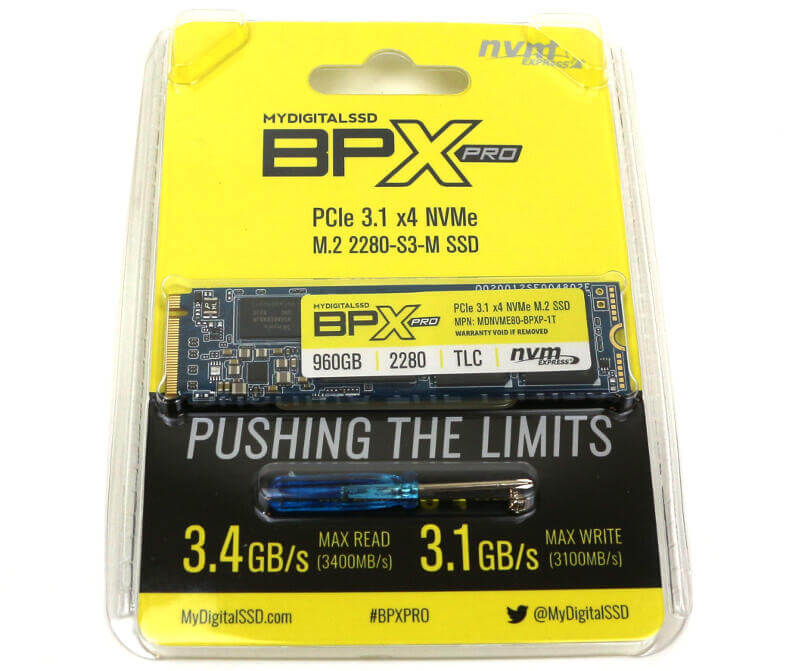 The rear side has more details about the specifications and usage scenarios. It also shows the included sticker, allowing you to brag about to awesome new drive. 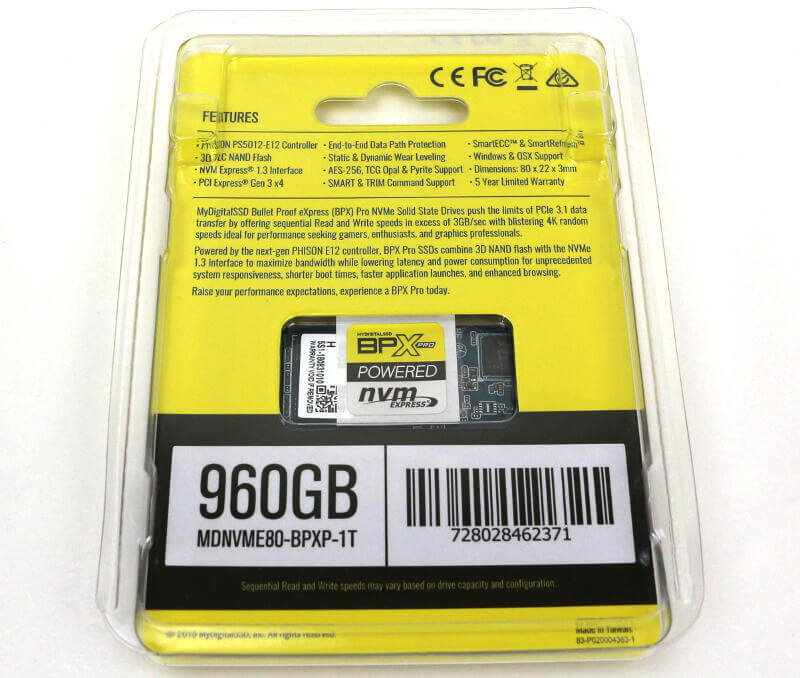 Inside the package is a tiny screwdriver and a mounting screw along with the drive itself and a badge sticker. The screw isn’t necessarily needed, but it’s great to have in the event that your motherboard or adapter card lost its native one. 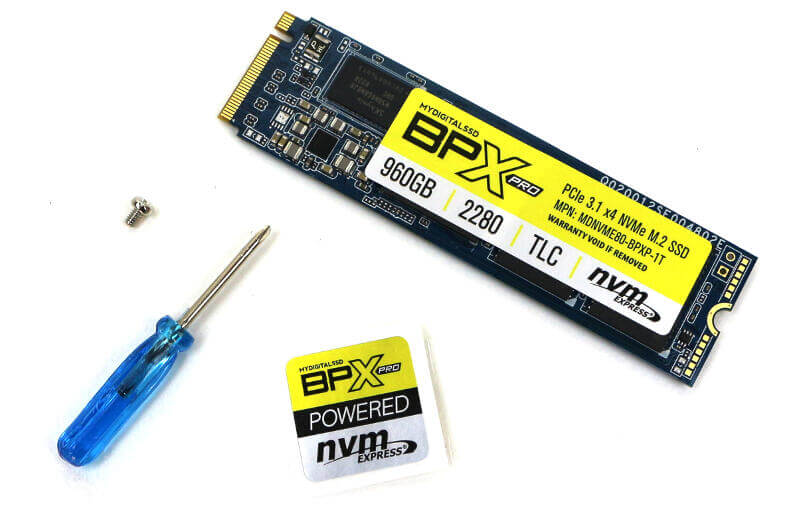