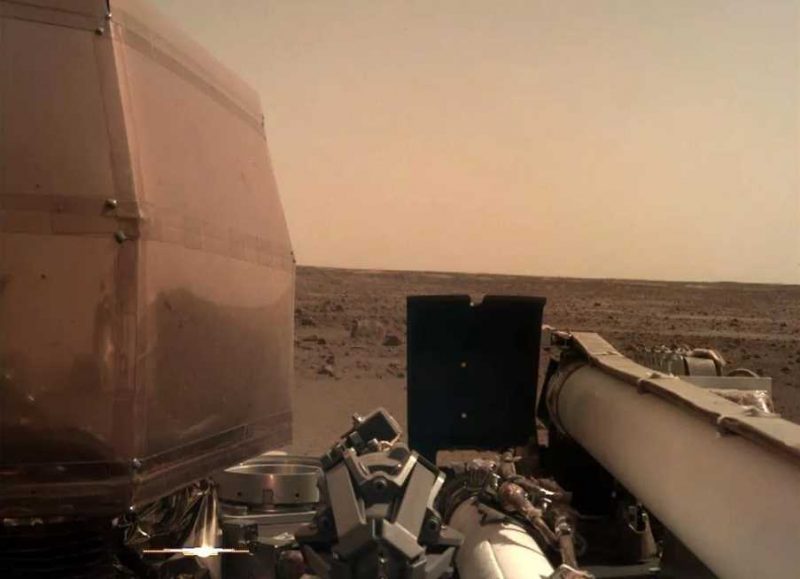 Yesterday, at almost exactly 8 pm (GMT) the NASA InSight prove began its descent towards Mars. Having travelled for around 6 months to reach its destination, it was this final approach that was the most critical. Would it successfully get through the atmosphere and, more importantly, would it work when it landed!

Well, the good news is that at 8:06 pm (GMT) the Insight probe successfully landed and, so far, everything appears to be all going to plan!

So Far So Good!

Having successfully landed on the surface of Mars, the initial concerns were not yet over. One of the key points of the landing was if the solar panels would successfully deploy. If they didn’t, then the probe would, sooner or later, run out of power and cease to work. Fortunately, though, it did work and the above picture shows a selfie taken from the surface of Mars. How incredible is that?

My first picture on #Mars! My lens cover isn’t off yet, but I just had to show you a first look at my new home. More status updates:https://t.co/tYcLE3tkkS #MarsLanding pic.twitter.com/G15bJjMYxa

With all the difficulties (in terms of landing) out of the way, now the Insight Prove can begin its real work. It will spend the next couple of months setting up to begin drilling into the surface of the Mars. The main purpose of the mission is to see what lies beneath the surface. This could reveal new materials unheard of on Earth or at least a better understanding of the history of our neighbouring planet.

It’s all exciting stuff and, as above, all very mindblowing when you think about it!

What do you think? Did you watch the live stream of the landing? – Let us know in the comments!