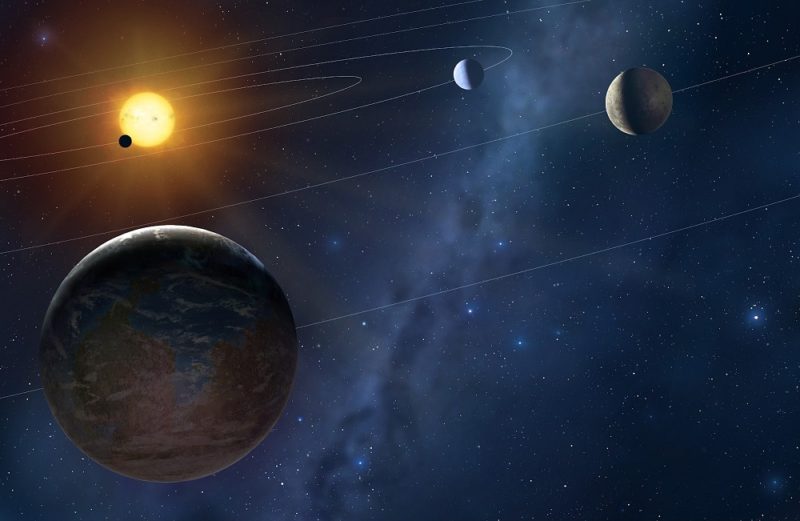 On February 22, Wednesday at 1:00 p.m. Eastern Stanrdard Time/6:00 PM Greenwich Mean Time, NASA is set to announce their latest exoplanet discovery; that is discovery of planets beyond our solar system. Using the Kepler telescope, NASA has been searching deep into the cosmos in search of thousands of exoplanet candidates nearby which have identical, Earth-like characteristics or at the very least, one that is extremely interesting and exhibit characteristics never before observed or recorded.

One can imagine just how difficult the undertaking of finding a suitable Earth-like planet is considering the distance and the math involved to calculate what composition the actual planet has just from the readings. One of the biggest discoveries for example, is exoplanet Kepler-452b, which was found nearly identical to our own planet even earning the nickname ‘Earth 2.0’, but this is few and far between considering exoplanets are identified primarily by how they block the light from their parent star. Even Kepler-452b is 1,400 light years away so manned missions are highly unlikely, taking thousands of years to complete.

The latest announcement however is expected to be three exoplanets much closer than Kepler-452b, just 40 light years from Earth and orbit an ultra-cool dwarf star. I don’t mean Peter Dinklage aka Tyrion Lannister, from Game of Thrones, but rather a with an effective temperature of under 2,700 K (2,430 °C; 4,400 °F). Our solar system’s star for example, is a much hotter yellow dwarf star which has an effective temperature of 5772 K.

The briefing can be seen at: http://www.nasa.gov/nasatv and a Reddit AMA will follow at 3PM EST/8PM GMT as well.