NASA Predicts the Earth’s Climate For the Year 2099, and it Doesn’t Look Good 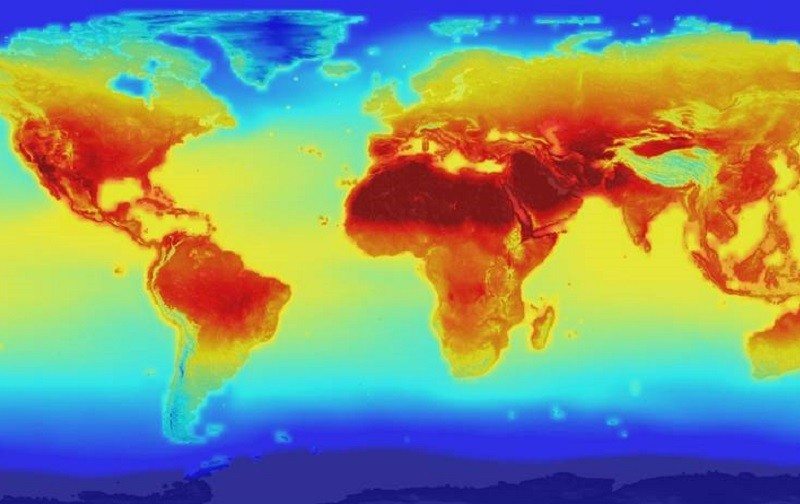 Concentrations of carbon dioxide in the Earth’s atmosphere has just peaked at a whopping 900 parts per million, and the daily maximum temperature in the US exceeds 40oC. That’s our planet in the year 2099, according to 21 different climate models produced by NASA. For comparison, the average highest temperature in the US right now rarely exceeds 30oC (86oF), and the CO2 concentrations in the atmosphere hit 400 parts per million this year.

The data, released last week, was born out of the NASA Earth Exchange (NEX) project, which monitors the planet’s climate in immaculate detail, tracking weather, temperature, flood and drought patterns daily, down to individual cities and towns around the globe.

Ellen Stofan, NASA’s chief scientist, said, “NASA is in the business of taking what we’ve learned about our planet from space and creating new products that help us all safeguard our future. With this new global dataset, people around the world have a valuable new tool to use in planning how to cope with a warming planet.”

Though NASA’s prediction seemingly doesn’t mark a steep increase in temperature and atmospheric CO2 levels – readers of this article may only see an increase in average temperature by a couple of degrees in their lifetime – it does point to a slow-boiling catastrophe for mankind should the trend continue.

NASA says of the NEX project:

This NASA dataset integrates actual measurements from around the world with data from climate simulations created by the international Fifth Coupled Model Intercomparison Project. These climate simulations used the best physical models of the climate system available to provide forecasts of what the global climate might look like under two different greenhouse gas emissions scenarios: a “business as usual” scenario based on current trends and an “extreme case” with a significant increase in emissions.

The NASA climate projections provide a detailed view of future temperature and precipitation patterns around the world at a 15.5 mile (25 kilometer) resolution, covering the time period from 1950 to 2100. The 11-terabyte dataset provides daily estimates of maximum and minimum temperatures and precipitation over the entire globe.