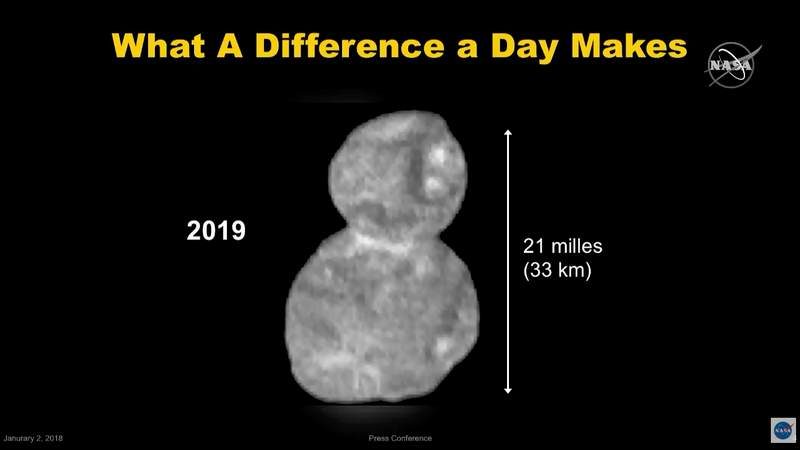 Several hours after releasing the initial photo of the Ultima Thule, NASA has released another, much more clearer photo of the distant object. The snowman-like object is the furthest ever explored by a spacecraft and until yesterday, all photos available of the object were quite blurry. Although one could make out the snowman shape early on, the new photo shows more details in higher resolution.

Ultima Thule is the object’s placeholder name and NASA actually calls it (486958) 2014 MU69 in their files. It resides in the Kuiper Belt region and shot by the New Horizons mission which left Earth all the way back in 2006. Which puts the object 4 billion miles away from us.

New results also confirm that the object rotates with a period of 15 hours. The object itself is very dark, reflecting only approximately 6 to 13 percent of all incoming sunlight.

Why is Studying Ultima Thule Necessary?

Pluto and Ultima Thule are Kuiper Belt Objects, residing in the furthest reaches of our solar system. It is important to study these objects since they most likely retain some of the solar system’s original materials.

Unlike other objects closer to the sun, these materials remain relatively undisturbed. NASA is still currently analyzing some of the initial data sent by New Horizons. So more details and information will come out soon within the next few weeks.