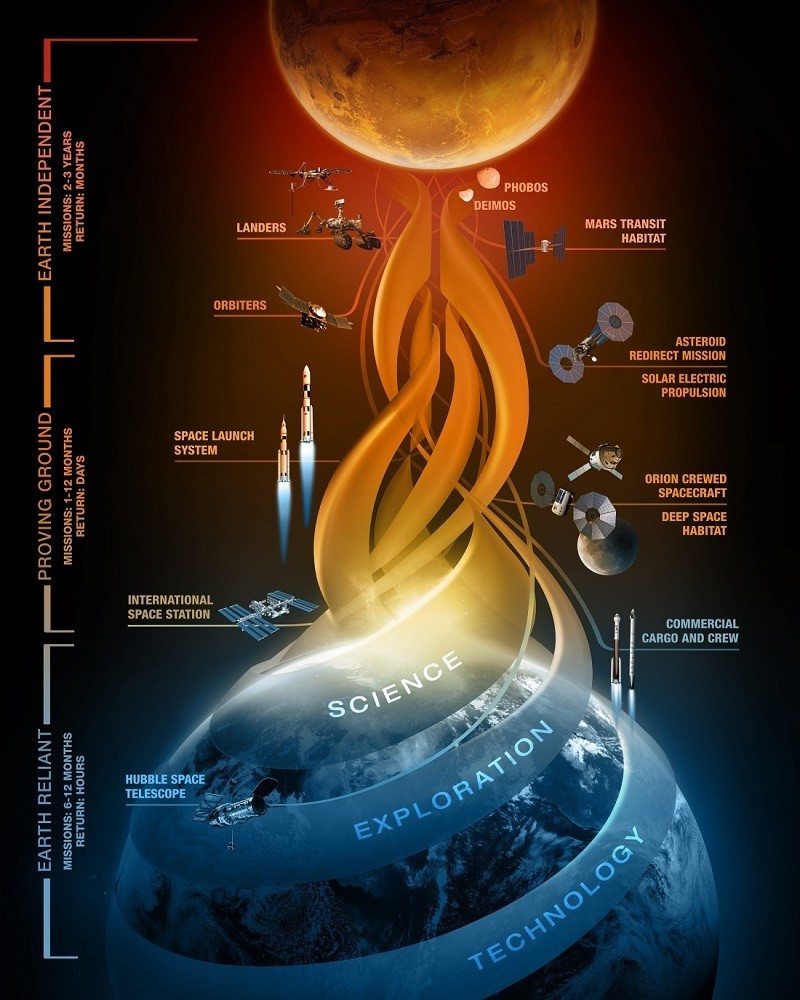 After the incredible discovery of water on Mars, scientists are obviously talking about sending actual humans to the surface of the planet. Due to a number of factors, sending astronauts to Mars is no easy task, but NASA has already revealed an ambitious three-phase plan in the form of a 32-page document named  “NASA’s Journey to Mars: Pioneering Next Steps in Space Exploration.” The first stage of the plan is called Earth Reliant, and apparently it is already progressing on the International Space Station, where scientists are taking a very close look at how the human body reacts in space. The experiments also include testing the flammability of materials, creating new 3D printing methods and developing new and advanced communications systems.

The second phase is called Proving Ground, and it will involve astronauts conducting deep-space operations and returning to Earth in just a few days. This phase will include the EM-1 exploration mission scheduled for 2018 as well as the Asteroid Redirect Robotic Mission in 2020. During the Asteroid Redirect Robotic Mission, NASA will send a robot to an asteroid near our planet, and that robot will collect a large multi-ton boulder from its surface and redirect it into a steady orbit around the Moon.

The final phase of the plan was dubbed  Earth Independence, and it will support human missions near Mars and on some of its moons. Gradually, humans would touch down on the Martian surface and will collect materials from the planet in order to create fuel, oxygen, water and other resources necessary for human life. The results of experiments conducted on the surface of Mars would be relayed back to Earth thanks to an advanced communications system.

The 32-page document that we mentioned before can be viewed right here. Do you think that NASA could pull off this plan?

Thank you TechSpot for providing us with this information.