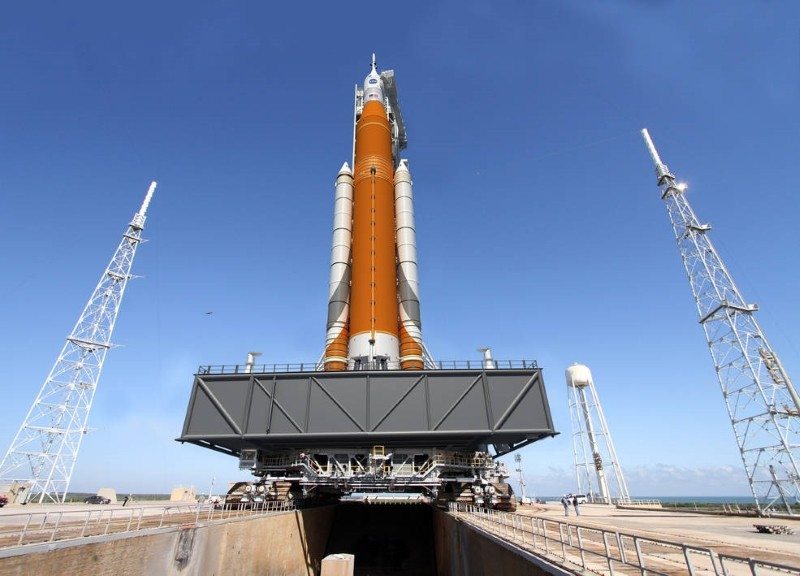 New artist rendition of the SLS in burnt orange and white

The most powerful rocket ever built and NASA’s first new human-rated rocket in 40 years, named the Space Launch System (SLS), has had its design pass NASA’s critical design review, meaning that the design has been deemed capable of carrying astronauts into deep space, on budget and on schedule. The next stage for the SLS will be the construction of a test version, which itself will undergo a design certification and testing against the original design, which is estimated to be completed by 2017.

The SLS Block 1, the now certified setup of the SLS, is launched using a pair of solid rocket boosters and four RS-25 engines which are currently in production, together capable of providing 77-tonnes of lift to the core unit and Orion crew module. The other key part of the SLS allowing it to operate manned missions is the Orion crew vehicle. This module can hold up to 4 crew members and is currently under development by NASA engineers, having passed its own CDR back in August. The SLS test launches could be on-track for test flights in the early 2020s. And after that, the Moon and then Mars by the 2030s are on the cards. Future planned versions of the SLS include the Block 1B, with a more powerful upper stage for deeper space missions and the Block 2, adding two solid or liquid propellant boosters, pushing the lift to over 130-tonnes.

Could the SLS spark a new era of manned space exploration in the near future, or will NASA and its SLS be the sole way for mankind of travel the vastness of space anytime soon?