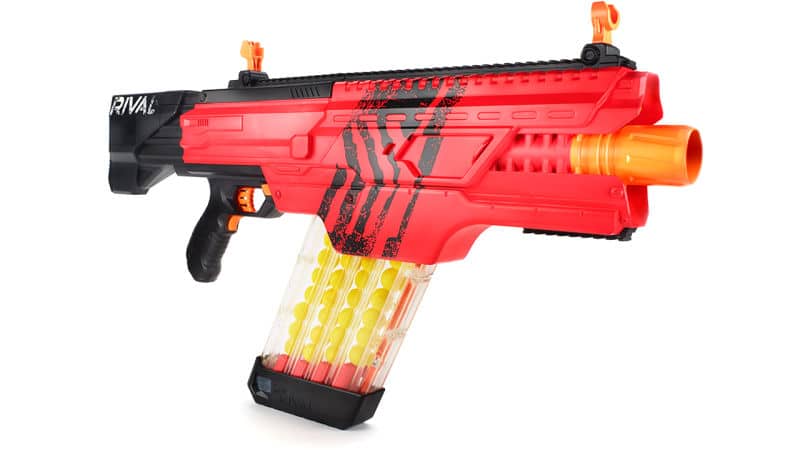 Nerf are well-known toys for both grown-ups and children alike. From a fun play around in the back garden to all out warfare (without the bruises) Nerf are the go to for foam projectiles.  From foam bullets to the more recent foam ball based systems you can enjoy the battle in several ways, and it only looks to get better this year!

Nerf’s latest creation is the Rival Blaster series, rather than the traditional pellets that Nerf guns use, the rival series uses small balls more akin to musket balls or giant soft bb’s. The only hold back to the series though was that the first model, similar to the first models of the classic nerf guns, was spring-loaded. This changed in the Zeus, which used batteries to automate the gun to fire at 30MPH, but could still only fire one ball at a time. The next upgrade you can experience is the Khaos, designed for release in late 2016.

The Khaos will be the first fully automatic in the new Rival series. With a 40 round magazine, the gun will fire all of them with a single long press of the trigger. Be warned, you will require six D-sized batteries so it won’t be the lightest or easiest on your arms or your foes!

Other releases this year will include the Mastodon, a Mega blaster that will fire all 24 of the extra-large Nerf darts at the press of a button. 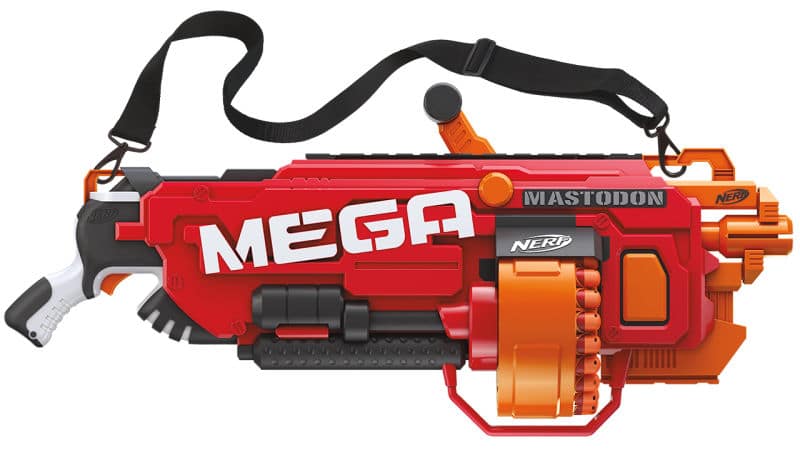 The Modulus series lets you chop and change your weapon based on your needs and preferences, but the Tri-Strike will let you do more than that. Supporting not just the elite darts, the Tri-Strike lives up to its name and lets you also fire four Mega darts and even a foam missile for those really tight spaces!

So the only question we have left is where do we pre-order?