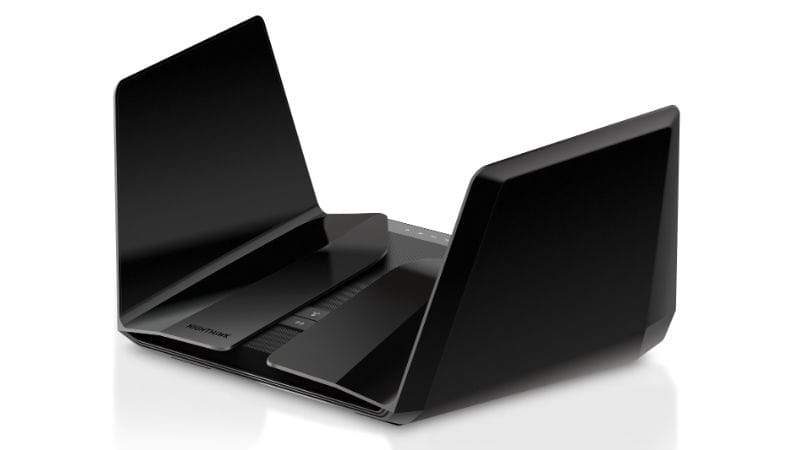 The next generation 802.11ax Wi-Fi standard is here and it is available with Netgear‘s latest Nighthawk routers. The standard has been renamed ‘WiFi 6’ to make it easier to understand for non-technical persons. Nevertheless, it boasts significant improvement over the current 802.11ac standard.

The 802.11ax standard is capable of operating in both 2.4GHz and 5GHz territory. The maximum throughput per band is higher thanks to 1024-QAM modulation. This allows the wireless carrier signal to carry more information.The result is 25% faster performance than the 802.11ac’s 256-QAM modulation.

Netgear’s Wi-Fi 6 capable line includes the Nighthawk AX8 and Nighthawk AX12. Both looking like something Darth Vader would personally fly out of from an Imperial Class Star Destroyer hangar. The wings supposedly provides optimal internal antenna positioning for the devices.

What Features Does the Nighthawk AX8 Router Have? 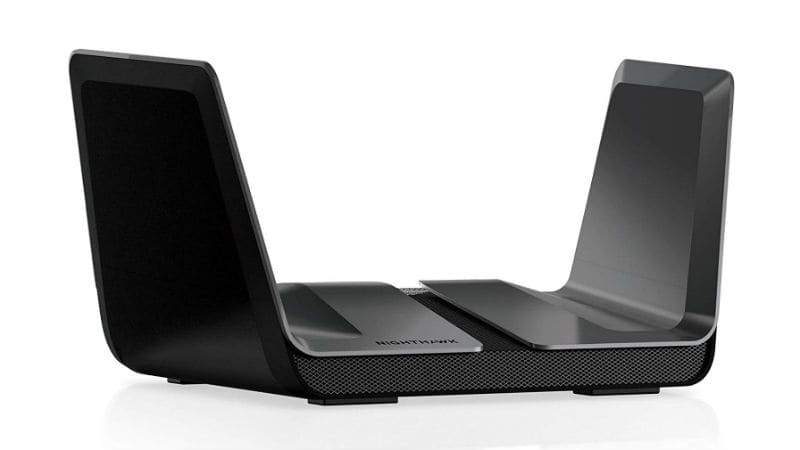 The device also has 6 Gigabit LAN ports with two USB 3.0 ports, and is capable of up to 2Gbps wired connectivity. According to Netgear, the Nighthawk AX8 is the world’s first home router with Multi-Gig Internet support, compatible with the upcoming Multi-Gig Internet wave in DOCSIS 3.1.

What Features Does the Nighthawk AX12 Router Have?

The Nighthawk AX12 pushes the envelope further being a 12-stream Wi-Fi router with a more powerful processor. It has a 64-bit 2.2GHz quad-core processor and has eight high-performance antennas that ensure your 4K UHD streaming is uninterrupted. You won’t even need a mesh network with this as Netgear claims it is a single solution for “very large homes.” 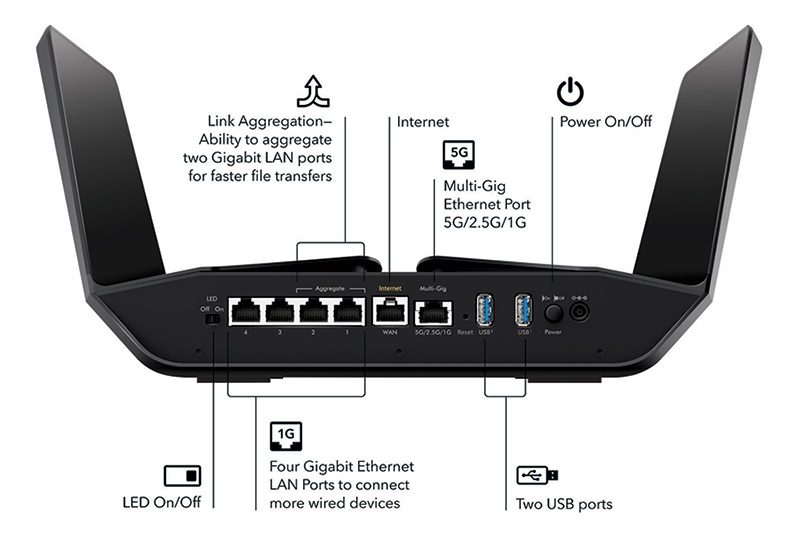 In the rear it has five Gigabit LAN ports and is capable of 5G/2.5G/1G Multi-Gig Ethernet. It also has two USB 3.0 ports in the rear.

Keeping this router update should be simple even for those who are not knowledgeable about home networks. Simply because Netgear offers free automatic updating as long as you are connected to the internet. This includes not just the software interface but the actual firmware inside gets automatic updates. That means automatic hands-free coverage for security vulnerabilities that may arise as well.

How Much are These Routers?