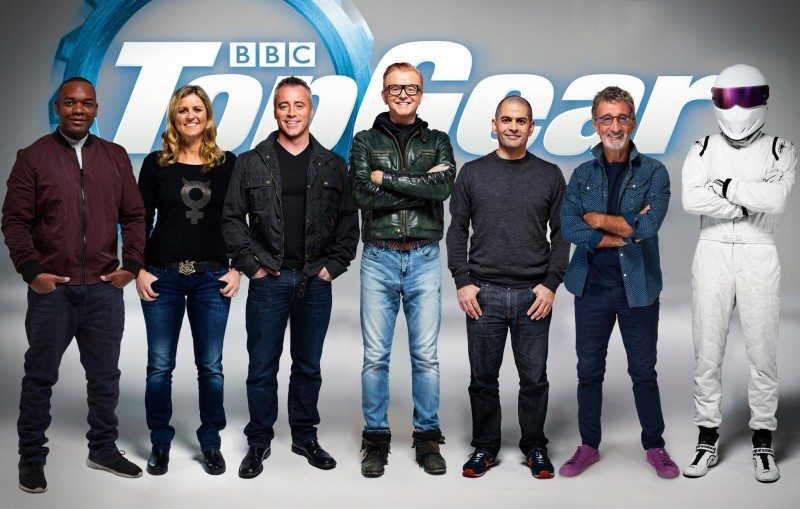 Top Gear is one of the most successful programmes the BBC has created and extremely popular around the globe. The chaotic antics of Jeremy Clarkson, Richard Hammond and James May captured the public’s imagination. Not only that, the trio’s chemistry attracted viewers who didn’t really care about cars. Of course, the fracas between the show’s presenter and producer resulted in a brand new line-up and the original cast moving to Amazon. Prior to the first episode being broadcast, there was a great deal of negativity surrounding the new presenters and expectations were fairly small. Unfortunately, the reception throughout the first airing was overwhelmingly negative according to various polls and judging by the comments made on Twitter. I personally watched the first episode and couldn’t believe how boring the show was. Chris Evan’s timid Clarkson impersonation and bizarre shouting made for some of the most cringe-worthy Television I’ve witnessed. Furthermore, there was no chemistry between Chris Evans and Matt Le Blanc. The entire programme came across as awkward and seemed uninspired.

To be clear, I went into the show with an open mind and believed a different Top Gear with a greater focus on the cars would have appealed to many people. While this is partially the case, a large portion of the programme revolves around the presenters’ lack of personality and bizarre attempts to emulate the previous hosts. Additionally, the show was completely devoid of humour and the hour slot felt much longer than it should have. On a more positive note, Matt Le Blanc is a likeable individual and his solo segments were passable. I’m still baffled by the decision to go down the whole US vs UK route. Insulting the British viewership by having an Amercian presenter seemed so forced and there’s greater depth to Matt Le Blanc which wasn’t reflected in the writing. Of course, he can be wooden at times, but it’s the only element keeping this programme from being a complete disaster. It’s early days and my thoughts might be a little harsh, but you have to start strongly and encourage people to return. Therefore, I expect the viewing figures to be quite poor by episode four as people’s curiosity subsides.