Newegg Acquired By Chinese Company For a Huge Sum 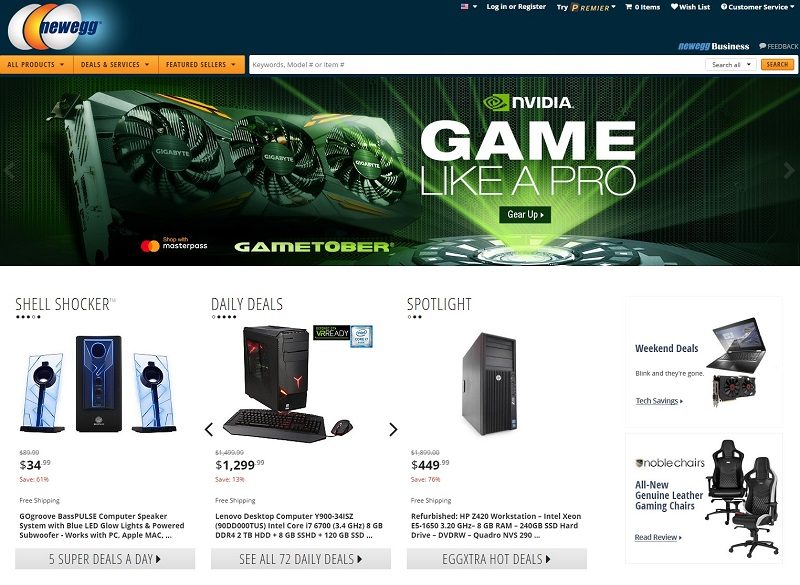 Newegg.com is one of the leading technology e-tailers and stocks over 27 million products. They’re widely used by American customers due to the convenient returns policy and competitive pricing. Interestingly, Newegg has remained a strong force and competed against the likes of Amazon, Tiger Direct, Microcenter and other suspects. In September, reports suggested a Chinese company wanted to invest a significant amount of money into Newegg to “accelerate the pursuit of the company’s strategic initiatives”. This would allow Newegg to quickly become a major player in emerging markets such as VR and eSports. Initially, it seems this was just a cash injection and didn’t amount to a majority shareholder position.

However, there was actually more going on with this deal and the company in question, Liaison Interactive now controls 55.7% of Newegg. Apparently, the price for this acquisition was a staggering 17.7 billion yuan which roughly converts to 2.63 billion USD. Liaison Interactive entered into this arrangement as a way of growing their appeal to the US market. Not only that, it helps to complement the company’s product channels and have a larger global identity. As with any major change, Newegg’s operations, staff, wages or policies may be modified to reflect the owner’s new wishes.