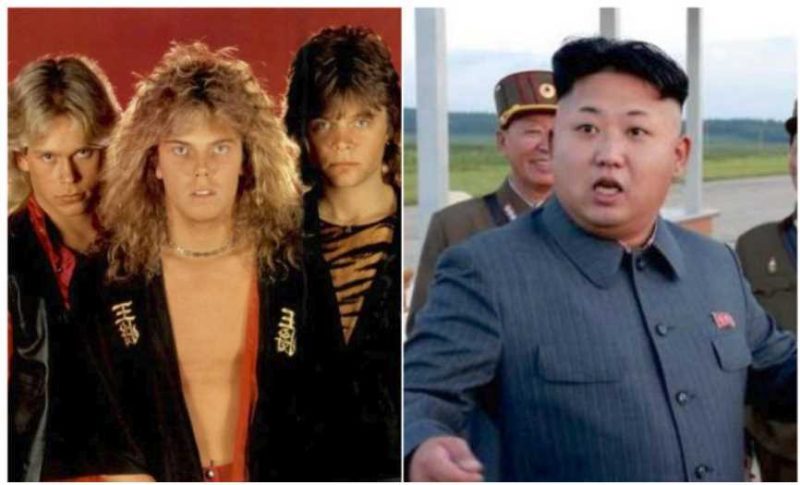 I do my best to stay away from the political stuff, especially where work is involved. However, this story was just a little too entertaining to skip past. Of course, it’s also one of the more amusing “hacking” stories of recent weeks.

Allegedly, the North Korean short-wave radio station “6400kHz” had been hacked and began blasting out The Final Countdown by the Swedish cheese-rock 80’s legends Europe.

A god among us has hijacked 6400kHz (North Korean station) and is playing the Final Countdown >> https://t.co/rPJ1aEccUs

Known vigilante hacker “The Jester” broke the news, but as we said, it’s unclear who performed the prank attack.

This is a well-known station based in Kanggye, close to the northern border with China. It’s often used by Pyongyang Broadcasting Station. It’s been known to be used to send coded messages, and usually is a signal for an upcoming provocation. However, what kind of provocation would follow The Final Countdown may be confusing to those awaiting any particular coded messages from the station.

Radio Pyongyang has broadcasted coded messages on 6400kHz. Usually when they do this it signals an up coming provocation.

I’m sure a few people got a chuckle out of the thought this song was rocking the airwaves there. It’s no doubt a bit of a jab about a countdown to war, or something of that effect, but as I said, I’m not really qualified to comment on the politics of all that. I’m sure we’ll have someone in the comments doing that for me.

Picking that song is a fun choice, at least to me. However, there’s only one absolutely definitive version that they should have gone with, and I bet a few of you had the same idea.