The power race is about to kick up yet another gear this week, as Nvidia prepare to launch their new flagship consumer gaming graphics card; the GeForce GTX 1080 Ti. The new high-end card features the GP102 GPU used in the Titan X, delivering a staggering 3584 CUDA cores, 224 Texture Units, a 352-bit memory controller, and a massive 11GB of GDDR5X memory. The boost clock is more than 85% higher than that of the GTX 980, and while it’s a few years old, the 980 is hardly a slouch in gaming tasks. It’s also clocked to deliver around 35% performance improvement over the GTX 1080, the biggest boost for any Ti series card to date! So we’re expecting nothing short of exceptional performance from this graphics card. 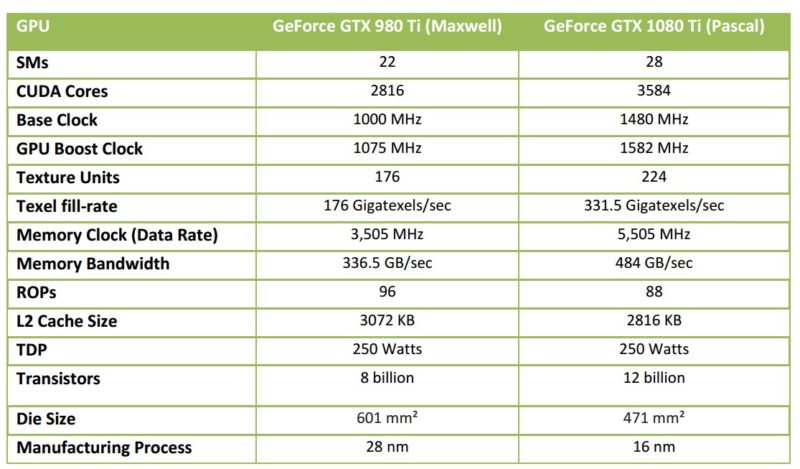 The card may look like the current GTX 1080, but the internal hardware is quite the step up. The card can boost up to 1582 MHz and even has more overclocking potential above that, said to be able to reach around 2GHz with the right cooling. The higher clocks are likely made possible by the new and improved cooler too, it may look the same, but this time it packs a new vapour chamber design. Overall, the card is expected to reach a 35% improvement over the performance of the GTX 1080.

The box for the GTX 1080 Ti is beautifully designed and compact too, much smaller that most of the graphics cards that we usually see. It’s a simple design, but the box feels pretty durable overall. 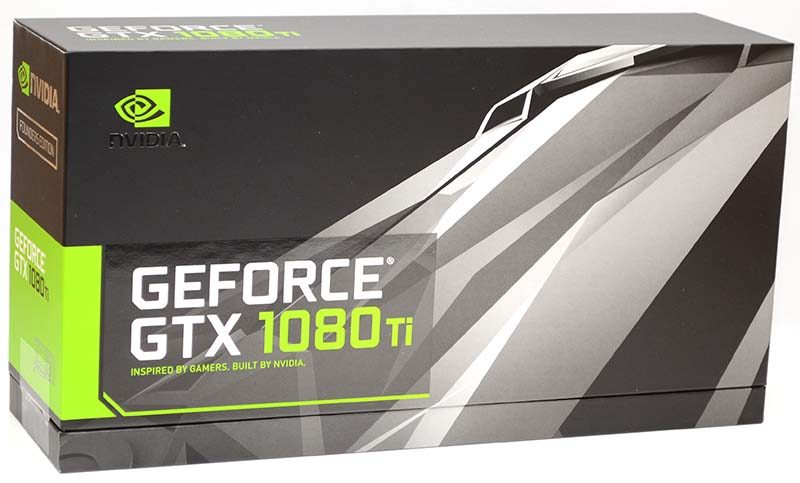 The lid lifts off the top, revealing the card protected by a layer of thick foam padding. We took off the anti-static bag already, but you get the idea. 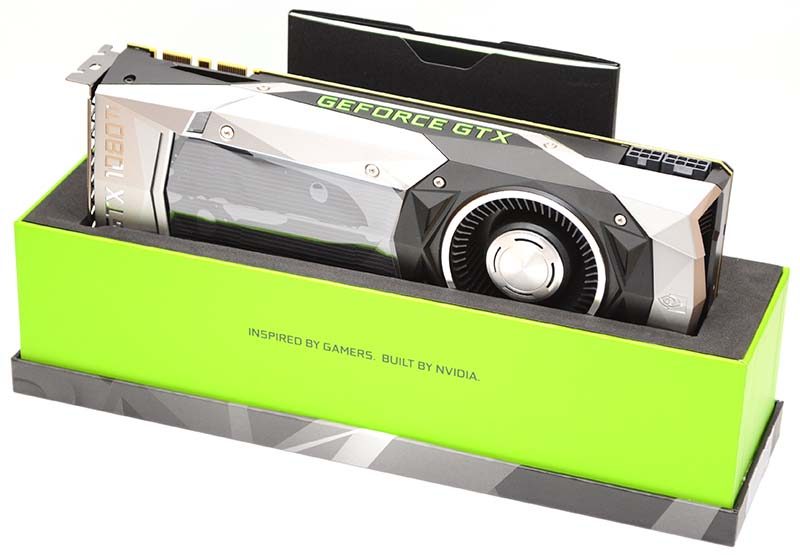 There’s not an enormous amount in the box, just the usual documentation, but it’s all very nicely presented. 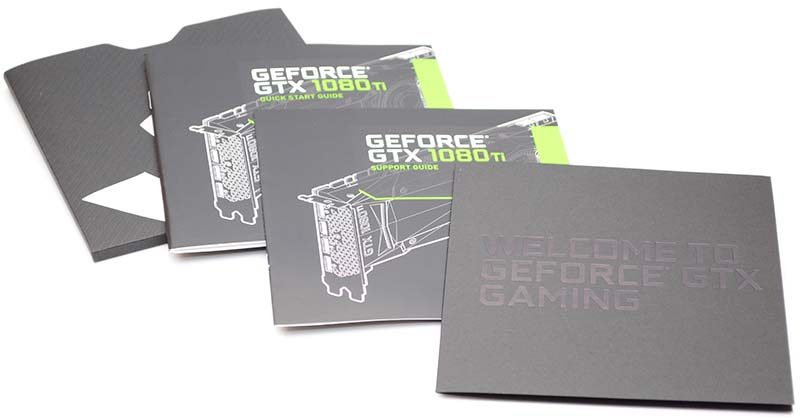 Finally, you’ll find the GPU itself, as well as a DP to DVI adaptor cable. That’s the basics covered, let’s take a closer look at this card, as I’m sure you’re all eager to see the features and performance in greater detail. 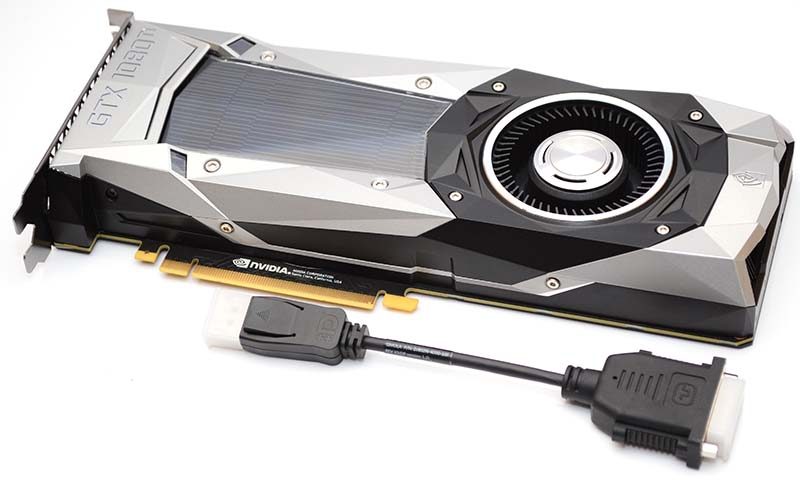