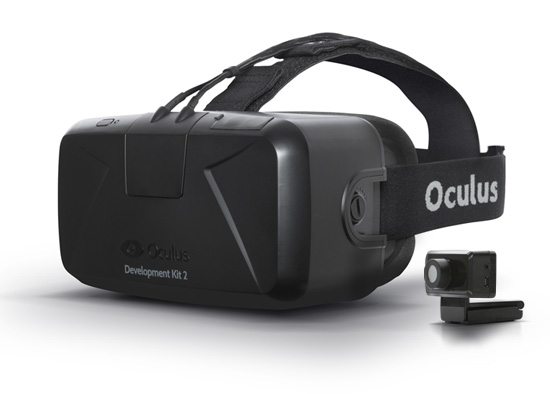 Oculus VR is one of the hottest technology companies of a generation, promising huge innovations in the way we consume content such as computer games and movies. While their consumer ready CV1 (Consumer Version 1) Oculus Rift technology is still not ready, we have been fortunate enough to get our hands on their DK2 development kit hardware. The DK2 hardware is a pre-release model for testing of the general hardware and software components, allowing developers to create games that are Oculus-ready for when CV1 launches in around 12 months (estimate).

The DK2 brings some very important hardware updates when compared to the DK1 Oculus Rift headset. The resolution is higher, now offering 960 x 1080 resolution per eye @ 75Hz with low persistence; this promises smoother performance, less motion blur and a reduction in the screen-door effect that plagued the DK1 headset.

Another major update for the DK2 is the near Infrared CMOS Sensor. This is a webcam style device that detects a range of infrared lights inside the headset to allow positional tracking; more explanation on that part shortly.

The packaging on the DK2 is pretty straight forward, a rather plain brown box. 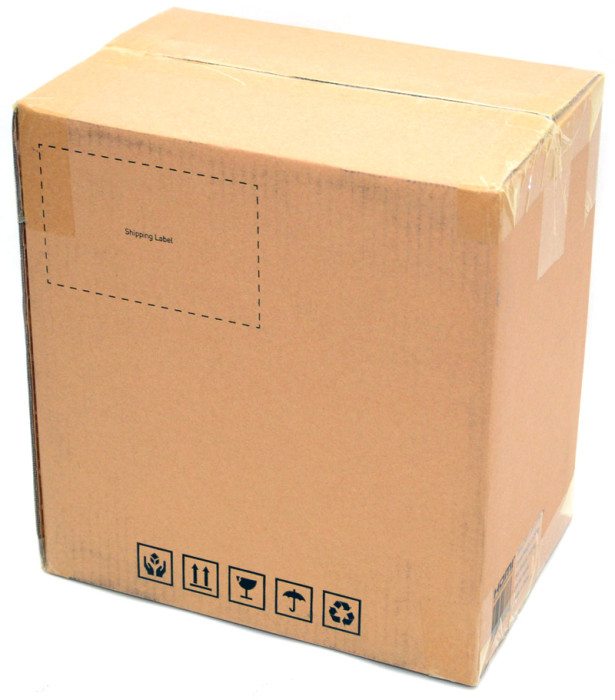 On the interior you’ll find some egg-carton style packing material around a smaller inner box. 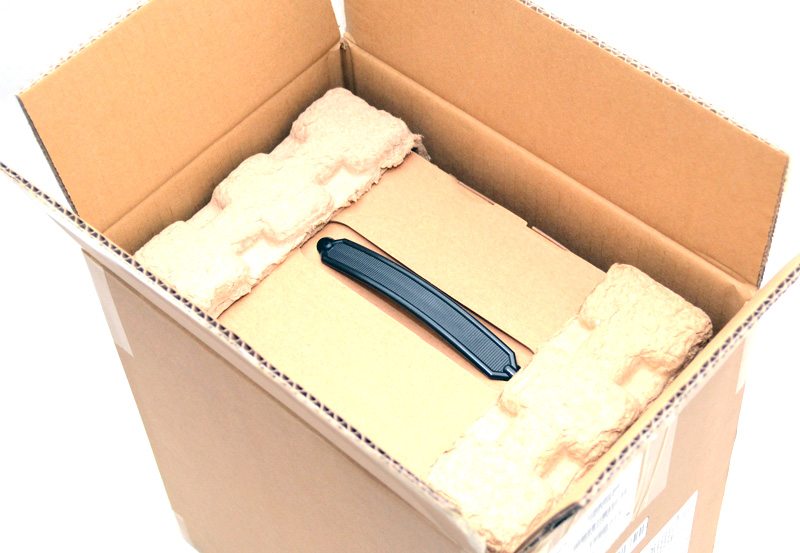 The DK2 packaging is designed to act as a carry case; not the best, but better than just throwing it in a drawer under your desk. 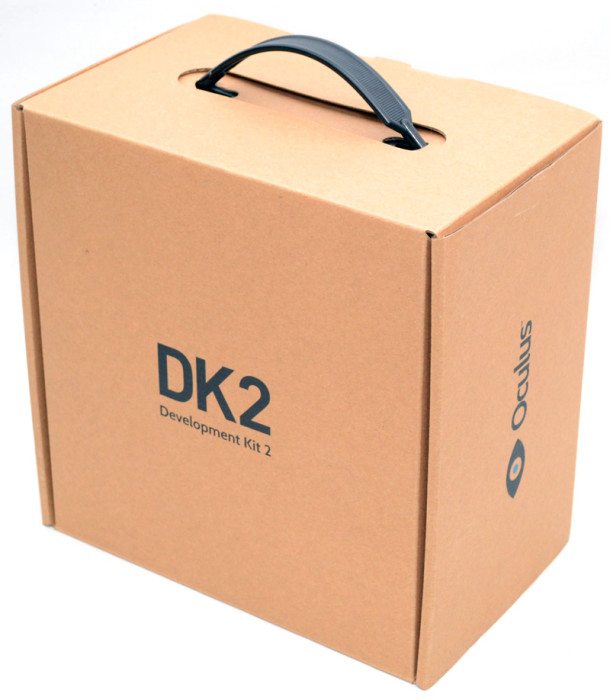 There’s custom cut protective foam throughout the interior of the packaging.

Each component is split into its own section and wrapped in protective plastic. 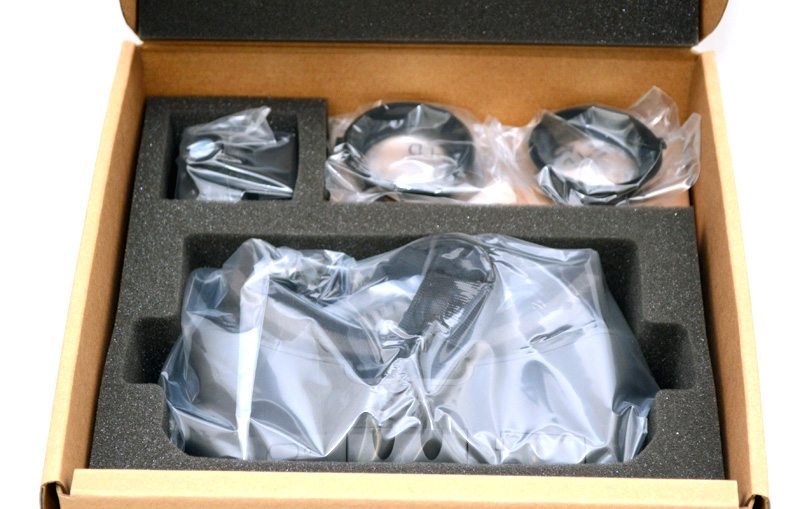 There are even more components tucked away under the top layer. 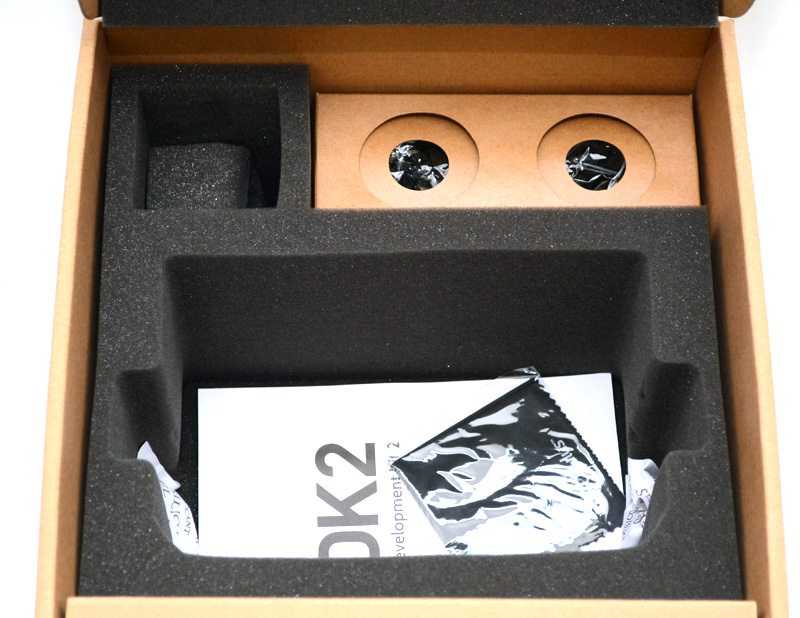 And even more in the very bottom. 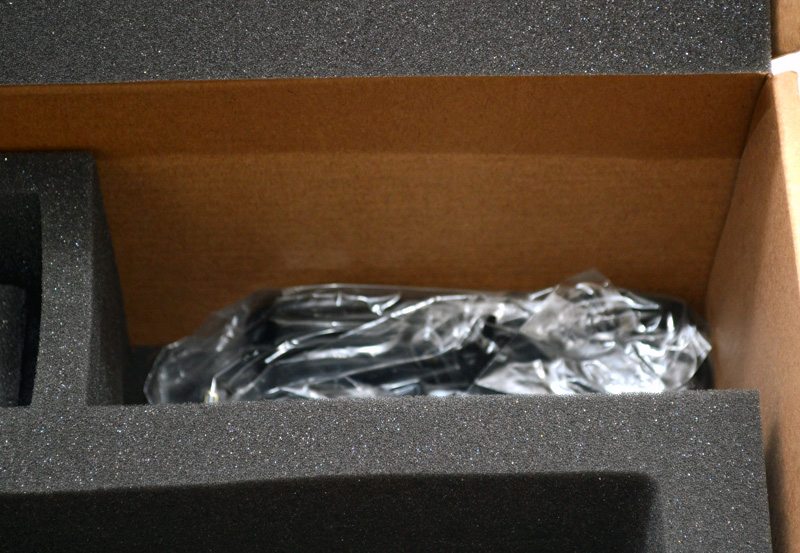 In the box you will find the DK2 headset, two sets on lenses, the camera, a cleaning cloth, some cables and a user setup guide. 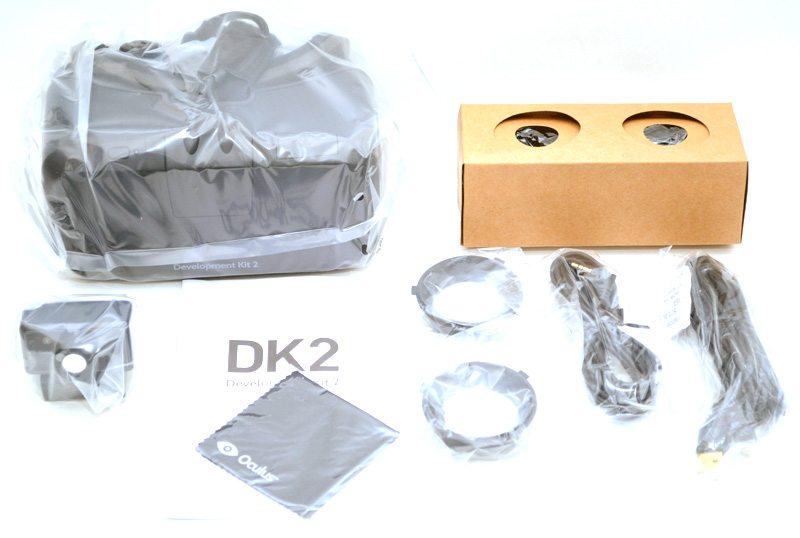