When it comes to SSD line-ups, its safe to say that OCZ has got virtually every inch of ground covered with budget, performance and all round value drives with the Octane, Vertex 3 & 4 and recently the Vector series of drives. At the same time of covering all price points, OCZ have proven reliability and a huge following of users, but now that the SSD has become more mainstream and the number of users that are adopting the faster technology grows, the market is become heavily inundated with new models meaning that for some the choice is too great and for those vendors that have been in the SSD sector for a while now, their now older models are not getting the same attention that they used to.

OCZ’s Vertex line of drives in my option are some of the best selling drives out there and now that they have been around for a good couple of years and then they were one of the pioneers of using MLC NAND flash to store data on their drives, pairing it with one of the most successful controllers of the SSD world – the SandForce SF-2281. Believe it or not, this is the second re-release of the Vertex 3 and this time round OCZ have made the point of making it clear about the update to the drive.

When the Vertex 3 was first released it included 34nm MLC NAND and following the move to 25nm NAND without much of an announcement from OCZ, there was a lot of upset from the consumers with some buying the 34nm drives without a clue that 25nm were also available with some improvements to the performance. Moving forward to now, OCZ are yet again shrinking the size of technology on their drives and we now are seeing 20nm NAND – that’s almost half the original Vertex 3 of two years ago. Not wanting to make the same mistake twice however, OCZ this time round are making it well known that they have updated this drive and this includes a slight tweak to the name to reflect the 20nm NAND – hence Vertex 3.20.

For the end user this shift to newer technology means a drive that is even more affordable than before whilst still retaining the same roots as the original Vertex 3 with great performance and capacity and on the factory side for OCZ this also means reduced manufacturing costs – hence the drop in end user price. Whilst the drive itself will look 99.9% the same on the outside, there is one notable difference to the packaging. We’ve for a long time got used to the small card boxes that OCZ have used that open out to house the drive inside in an anti-staic bag and a set of screws and a drive bay adaptor behind, but with more and more chassis natively supporting SSDs with specific mounting points and trays compatible with 2.5″ drives, OCZ have made the decision to drop the extras and give the user just what they need – a simple no fuss packaging – also another way to reduce the cost overall. 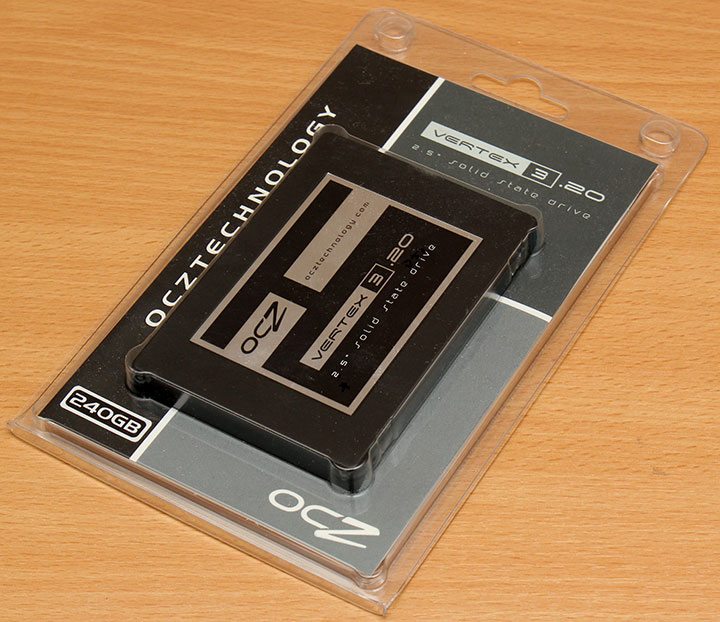