Orange Pi 3 H6 Now Available with Up to 2GB RAM 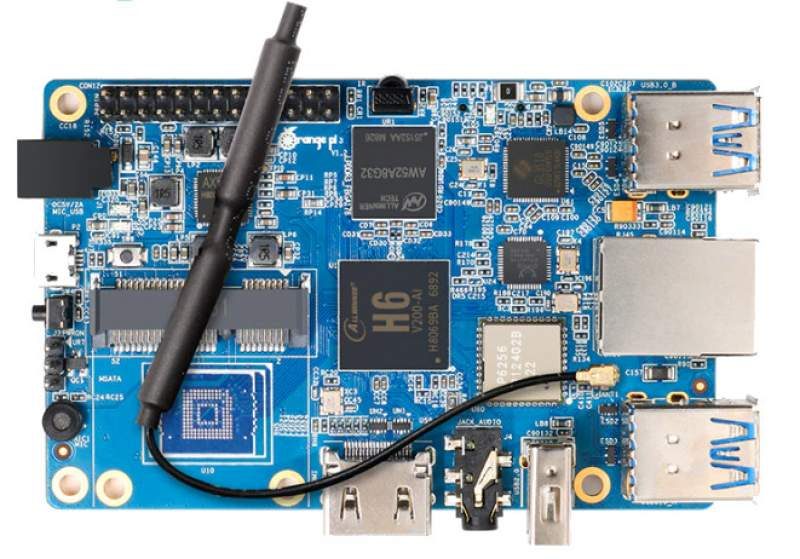 Raspberry Pi Competitor Gets an Update

A new open-spec Orange Pi 3 is now available sporting the Allwinner H6 SoC. This of course has significant upgrades feature-wise from the Orange Pi Lite 2. The most notable of which is a 2GB LPDDR3 option for a little bit more.

The Allwinner H6 of course is a quad-core Cortex-A53 CPU. Furthermore, the Orange Pi 3 uses an ARM Mali-T720 MP2 GPU with OpenGL ES3 and DirectX 11. 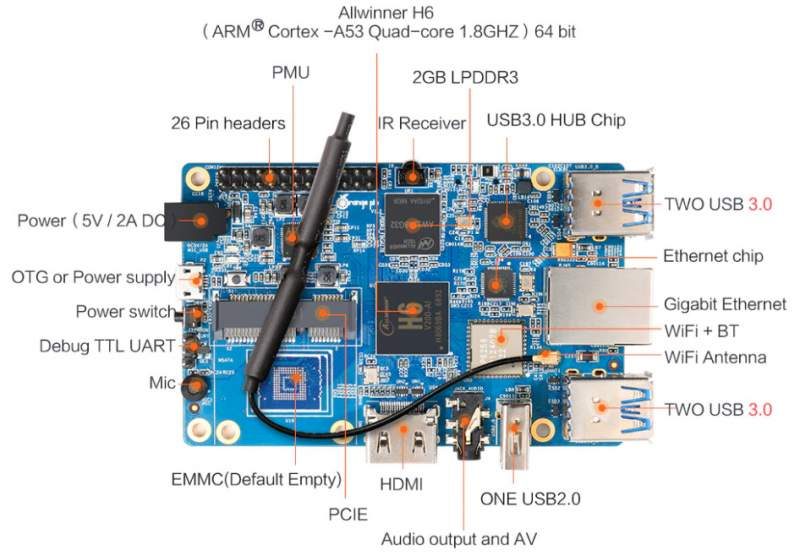 The 90mm by 64mm board, also features an mPCIe socket and a 26-pin expansion header. It also has the option of adding 8GB eMMC flash storage, but it has a microSD slot built-in as well. Furthermore, it is capable of Gigabit Ethernet, Bluetooth 5.0 and 802.11ac Wi-Fi (via Ampak AP6256 module). In terms of wired connectors, there are four USB 3.0 ports and a USB 2.0 port available.

The media IO consists of HDMI 2.0a with audio and HDCP 2.2 output, a 3.5mm output jack with CVBS AV and a microphone input.

In terms of OSes, it supports Android 7.0. Moreover, Ubuntu and Debian images coming (with experimental Linux 4.19 available from Armbian). 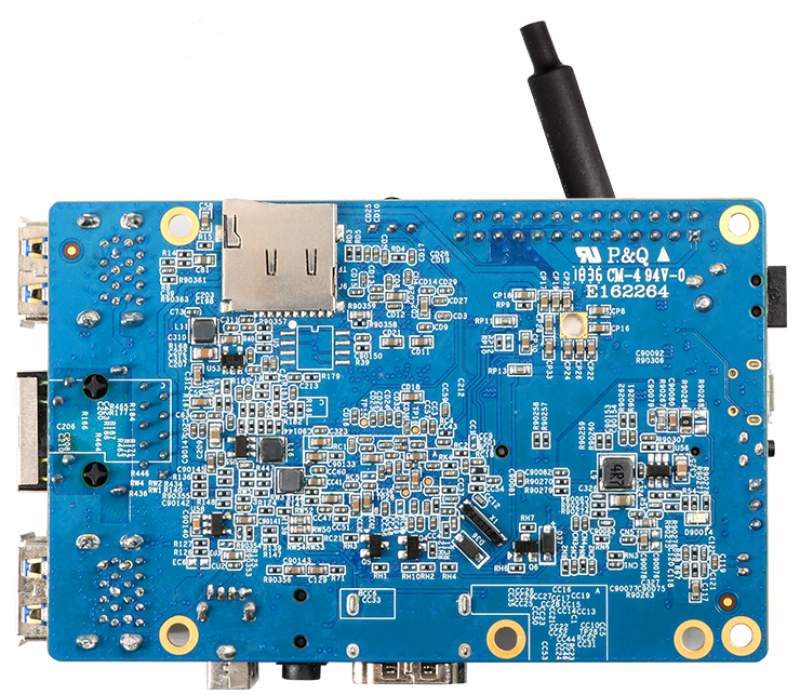 How Much is the Orange Pi3 H6?

More information may be found on the Orange Pi 3 AliExpress page. Additional information, including image downloads and schematics should eventually be available via the Orange Pi project website.