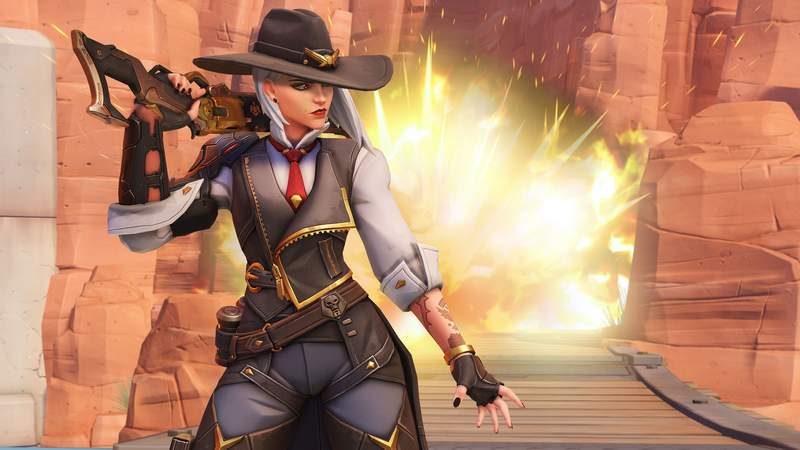 While it isn’t necessarily unusual, it is certainly uncommon to see female gamers who play competitively. A North American team, however, did have a female member. Known as ‘Ellie’ the player was drafted into the Overwatch League team and proved to be a more than effective member. It seems, however, that not all was as it appeared.

In a report via Eurogamer, the team member (who has since been left) is believed to have actually been a male.

Firstly, we should note that this removal wasn’t due to any form of political correctness, misogyny or ‘did you just assume my gender?’. The team didn’t have a problem with the player be they male or female. They did, however, come to the conclusion that while a female voice may have been speaking on the account, they believed that the actual person playing was a male user known as ‘Punisher’.

In a statement, the team has said: “Due to our need to fill a main position as well, a closing in deadline for roster submissions, and our team having experience with the player. We extended an offer to play on Second Wind as a substitute. When we originally contacted Ellie, there was nothing that would spark suspicion. They seemed to be very genuine and willing to work with us on calls and within private messages.”

They continued: “Due to the fact that we do not have any physical contact with our players. We wanted to verify their identity but also wanted to respect their privacy as well. We genuinely had no idea of what was to come. And at the time we underestimated how important it would be to set an example as the first team to take on a female player for Contenders.”

The details are still more than a little unclear. It is, however, speculated that this was a ‘social experiment’ by ‘Ellie’ and ‘Punisher’ that got out of hand. They were, perhaps, trying to see what the reaction would be. Specifically to a seemingly female player, actually played by a male, in a competitive team. The user did, however, leave the team after suspicions were raised and fans started efforts to ‘dox’ (find out) her true identity.

If this was a stunt, however, it may have hugely backfired. Rather than making a point about female roles in esports, all it seems to have created is suspicion. Any new female player coming into esports will now surely face more than a little scrutiny. Not because of their ability, but for teams wanting to avoid being used or exploited in a similar situation.