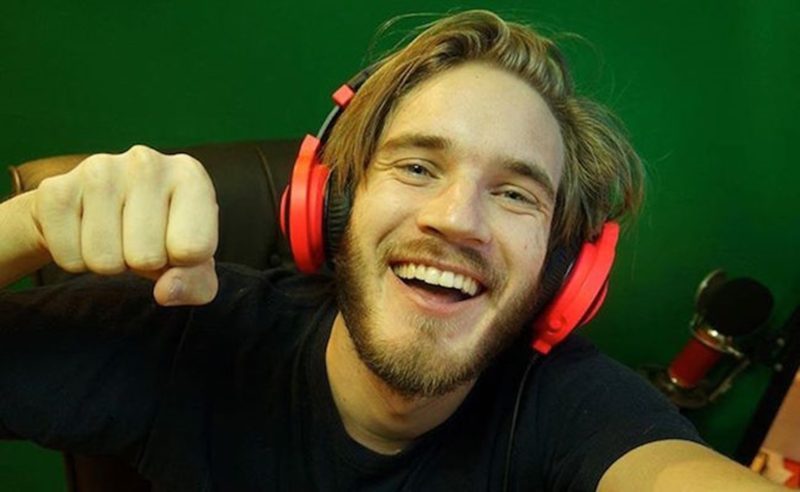 YouTube released their annual Rewind video last month and it quickly rose to the top of the charts. The most Disliked Video chart that is. Although it has 158 million views in total, it 15 million dislikes vs 2.4 million likes.

Critics cite the fact that this year’s Rewind feels too much like corporate shilling. Rather than truly acknowledging the most influential videos of 2018 on the platform.

YouTube even decided to feature Twitch streamer Ninja prominently due to Fortnite‘s popularity. All while omitting some highly popular, but somewhat controversial YouTubers. Including PewDiePie himself, YouTube’s most popular creator.

This time however, PewDiePie set out to make his own YouTube Rewind video. Parodying the official version while truly acknowledging some of the biggest memes and personality videos of 2018. After a week, it now has close to 40 million views. More importantly, it quickly rose to the top of the Most Liked non-music video chart. It displaces previous record holder “Criança de Rico e Criança de Pobre” by whinderssonnunes handily. Beating it by having almost twice as much likes (7.29M vs 4.54M).

Music videos are easily the most viewed and liked videos on the platform. In this chart, Despacito by Luis Fonis featuring Daddy Yankee sits at the top with 31.46 million likes.

For non-music videos however, breaking beyond 5 million likes is not an easy feat. In fact, PewDiePie’s Rewind video is the only non-music video to do so. 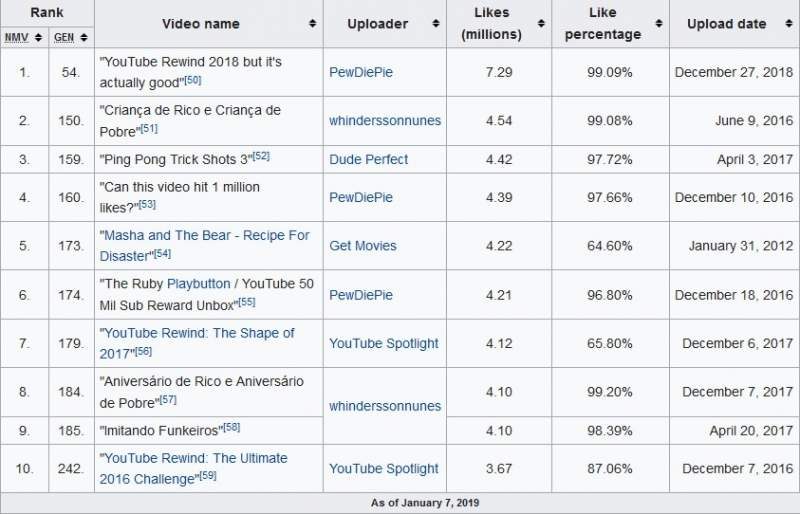 Even including the highly popular music video, the 2018 rewind has a commanding lead. Oddly enough, PewDiePie also has a video in this chart called “Can this video get 1 million dislikes?” sitting at number 4. It has amassed 3.83 million dislikes so far ever since December 2016. 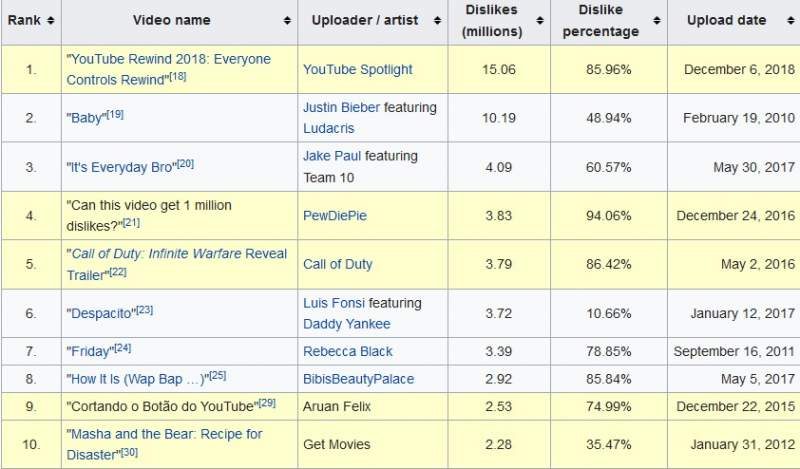