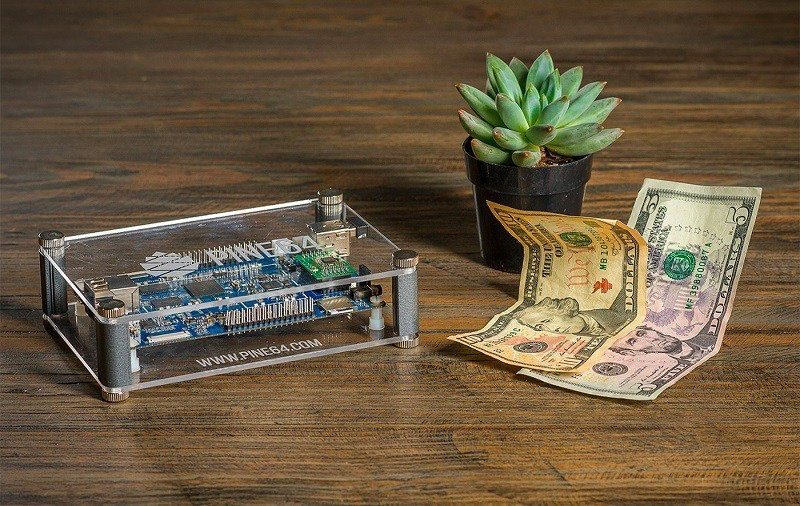 The creators of the PINE A64, a Raspberry Pi-esque single board computer, which demolished its $31,416 Kickstarter funding goal, raising a whopping $1.7 million, have received abuse and death threats – with one person even showing up at the company’s office, threatening to kill staff if he didn’t receive his $22 board – over minor delivery delays.

In an e-mail to Kickstarter backers, PINE64 co-founder Johnson Jeng revealed that the company has, understandably, been overwhelmed the sheer number of orders and that the demand has put a strain on production and shipping: 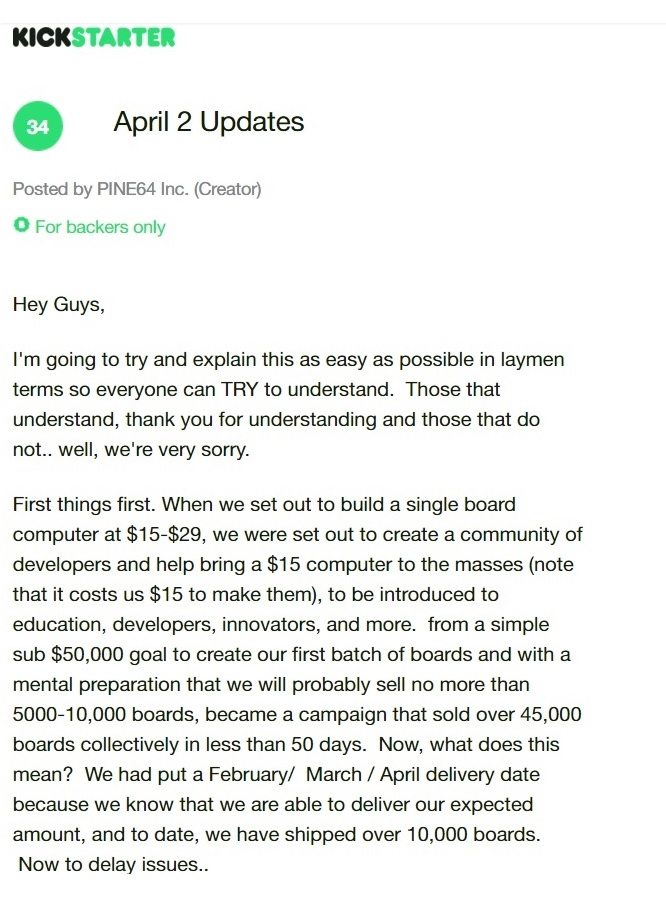 “Imagine if someone tasked you to run to the supermarket to buy them 10 cases of drinks because they have 100 people coming over for a party,” Jeng explains, “so you took your minivan and went to the store to buy 10 cases of drinks.  When you are there, they called you and said nevermind, they misread the number. It was actually 10,000 people attending, and now then need 1000 cases of drinks.  You’re there by yourself with a minivan, how can you physically bring 1000 cases back by that night?”

Jeng adds that, while many backers have been understanding regarding the delay in delivering pledges on time, an unpleasant few have taken to harassing the company with abuse and threats. “Some of the worst included people showing up at our office threatening to kill us if they didn’t get their board, (this resulted in an arrest),” Jeng writes. “He had pledged $22.”

Another irate backer sent abusive messages, both via e-mail and the PINE64 forum. While his board was due to ship that week, his behaviour earned him a cancellation and full refund of his order: 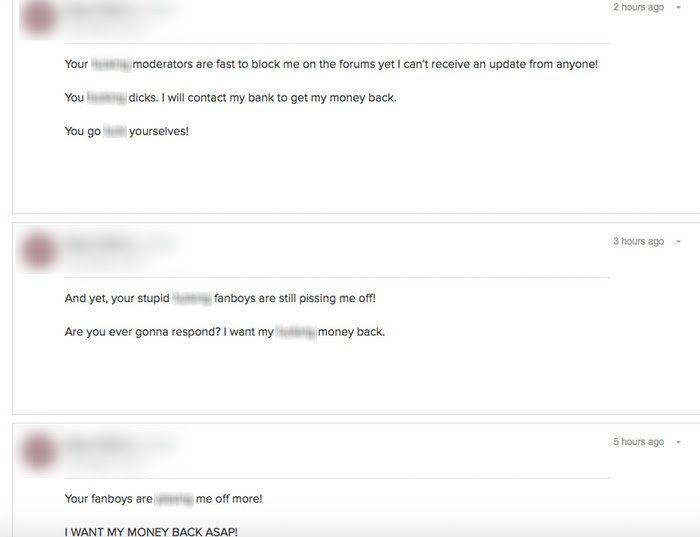 All this, over delays of just two months.

“And no, we did not receive $1.7M from Kickstarter, as things are not as easy as it seems,” Jeng stresses. “I want to show this to everyone so everyone understands running a Kickstarter project and pre-selling $1.7M is not as grand it as it looks.” 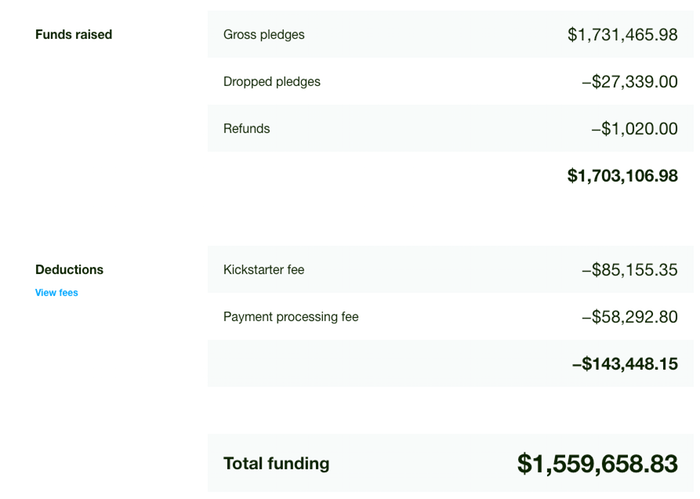 The owners of PINE64 have even mortgaged their houses in order to meet the financial demand of the project.