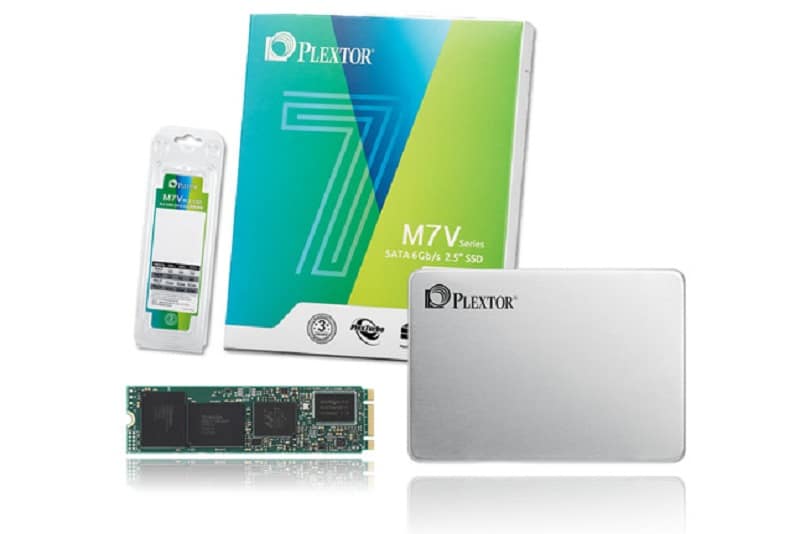 Solid state drives have progressed at an extraordinary pace during the last few years and the latest NVMe products are capable of read speeds well beyond 2000MB/s. In comparison, the traditional SATA interface has a theoretical limit of 6Gb/s and offers significantly lower numbers than extreme M.2 drives. This is evident by the price differences between fairly affordable SATA SSDs and extreme grade NVMe products. Even though SATA drives with capacities up to 500GB can be relatively cheap, it’s still a significantly greater price to capacity ratio when compared to mechanical hard disks.

As a result, enthusiasts often purchase a 250-500GB SSD as a boot drive and mechanical disk for mass storage purposes. This exemplifies the fact that it’s going to be a while before high-capacity solid state drives become the norm and supersede mechanical alternatives. Furthermore, user data demands are increasing at a rapid rate due to 4K video and complex games. Despite this, Plextor is trying to offer more affordable options and decided to launch the M7V range. The drives are available in either an M.2 or 2.5-inch form factor and utilize the SATA3 interface. Plextor will launch 128GB, 256GB, and 512GB products which all use a Marvell 88SS1074B1 processor, wired to Toshiba 15 nm TLC NAND flash memory, and DDR3 DRAM caches of 256 MB, 512 MB, and 768 MB, respectively.

The 512GB M.2 variant features a higher 1GB DRAM cache and each model offers impressive transfer rates. More specifically, each model can achieve sequential reads up to 560MB/s and a maximum write of 500MB/s, 530MB/s and 530MB/s across each capacity. Depending on the capacity, you get a manufacturer rated TBW tolerance of 80 TB, 160 TB, or 320 TB.

Despite the budget focus, Plextor didn’t provide any details about the M7V’s pricing. Although, I expect this information to be revealed soon once it hits retail channels.