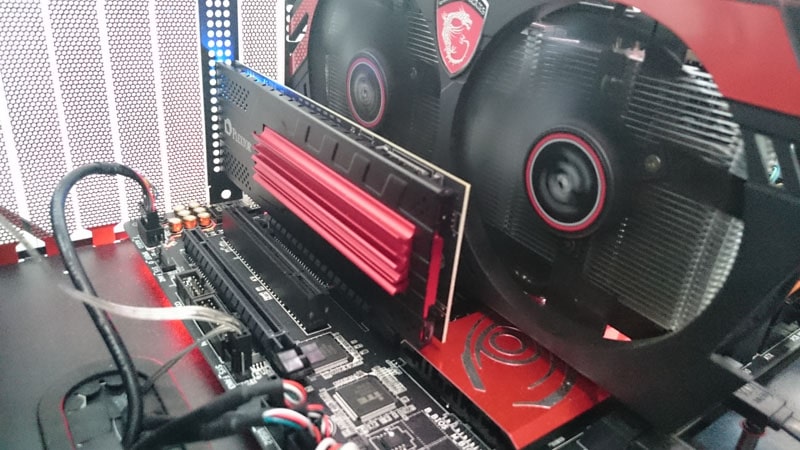 So we’re here at CeBIT 2015 with Plextor. They brought along today two test benches featuring their M6e PCI SSD drive and their M7e MSATA SSD.

We’ve seen this technology before at CES, but it’s definitely worth mentioning the serious speed increase using the PlexTurbo application to get massive speed increases. We see in the image below, over 8GB/s read speeds and over 7GB/s write speed. To put that in perspective, roughly an hour episode of Breaking Bad at 1080p is roughly 1GB rounded down; this drive can transfer 8 episodes a second at that speed.

We look forward to new innovative technology brought forward by Plextor in the near future. Any news or events from Plextor, we will keep you updated. We even heard rumour that Version 3 of their drive may be ready in time for Computex, but we’ll have to wait and see! 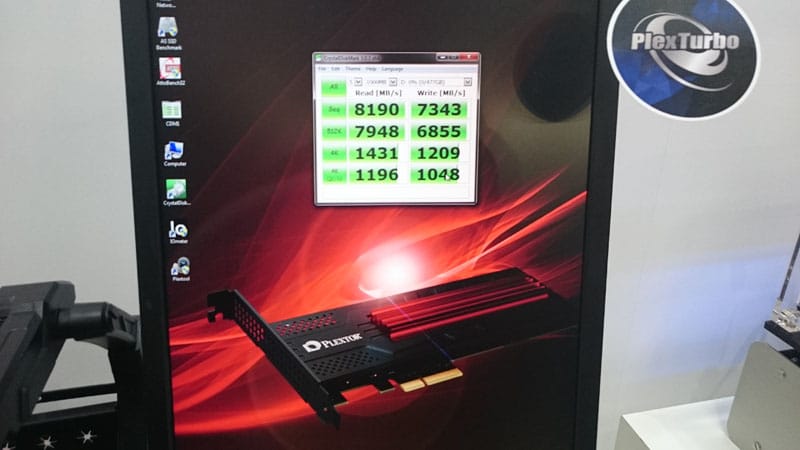 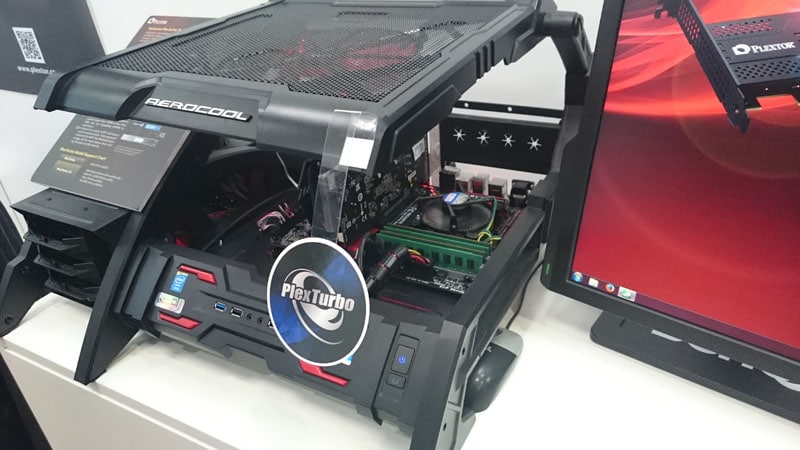 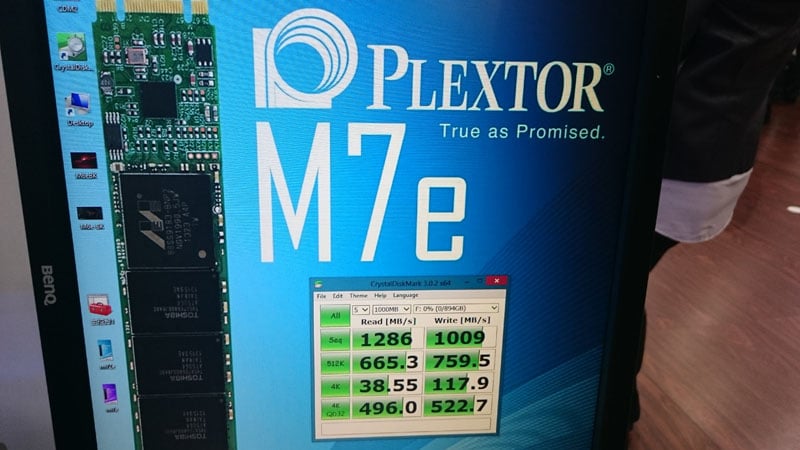 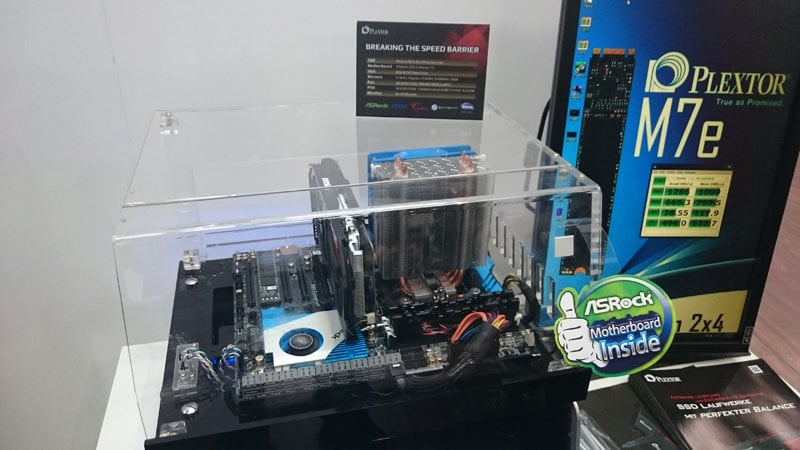