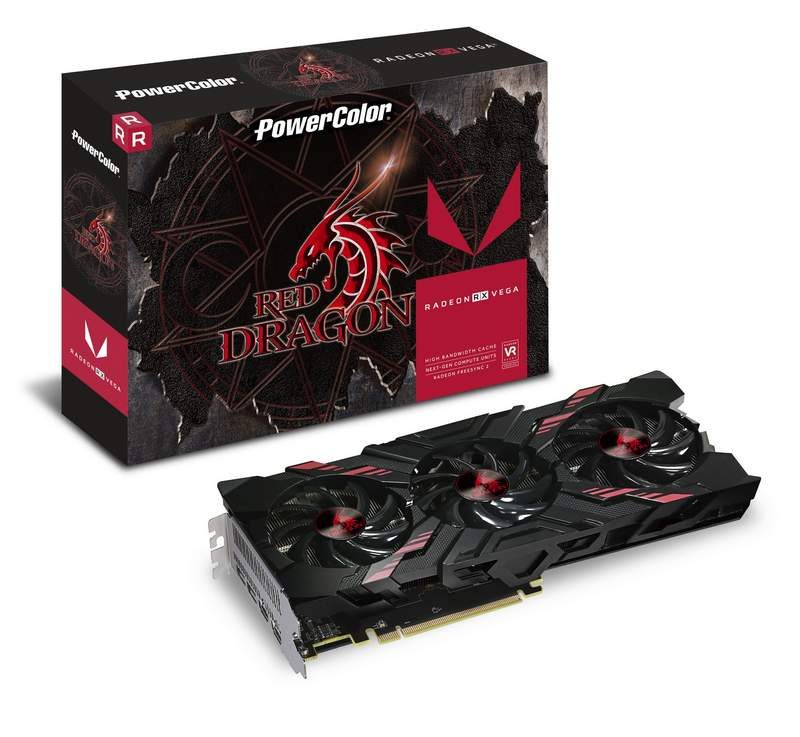 PowerColor is launching the new Red Dragon Vega 56 graphics card which features a massive triple fan cooling solution. Despite this large heatsink, the PCB is actually short fitting for an ITX size. This is oddly the trend with the majority of Radeon Vega 56 graphics cards however and is not a cost-saving measure. The shorter PCB hels balance the lower cooling wattage dissipation in comparison the full-size PowerColor Red Devil series card. 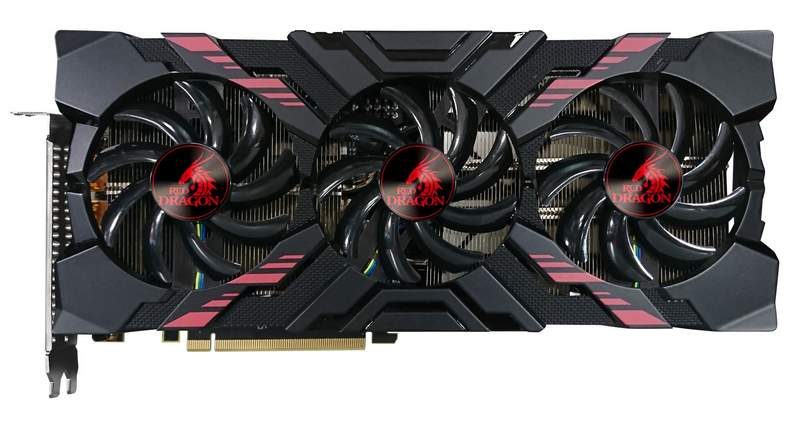 The use of three cooling fans and a larger heatsink allows for a much quieter gaming solution. In fact, according to PowerColor, this is the most quiet card they have managed to do for the Radeon Vega.

The AMD Radeon Vega 56 GPU comes with 3584 Stream Processor units and 8GB of HBM2 memory on a 2048-bit interface. The Red Dragon 56 itself uses an 8-pin as well as a 6-pin PCIe power connector and requires a 650W PSU. The engine clock runs up to 1478MHz with an 800MHz memory clock.  It also offers a pair of HDMI and a pair of DisplayPort for video output. 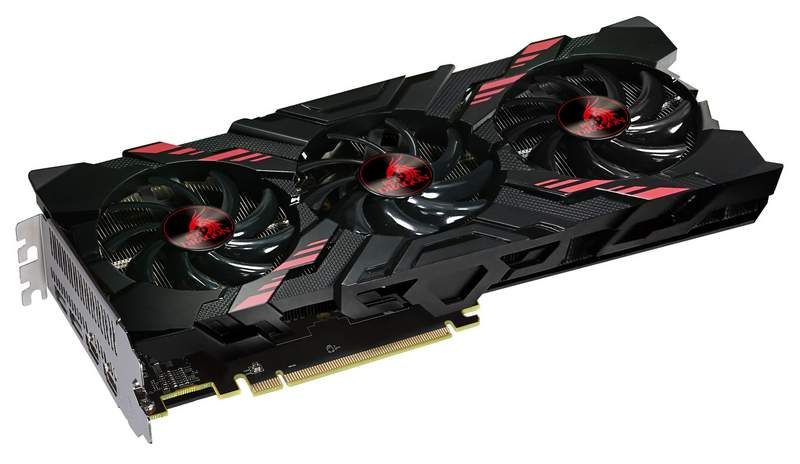 How much is the PowerColor Red Dragon Vega 56?

Pricing information is still pending considering the state of the graphics card market these days. To quote PowerColor, “eTailers don’t stick to our recommended price these days”. At least it is good to know that there another formidable custom Vega 56 option out there. Expect it to show up on Newegg in the US and on Mindfactory in Europe by March 28, 2018. 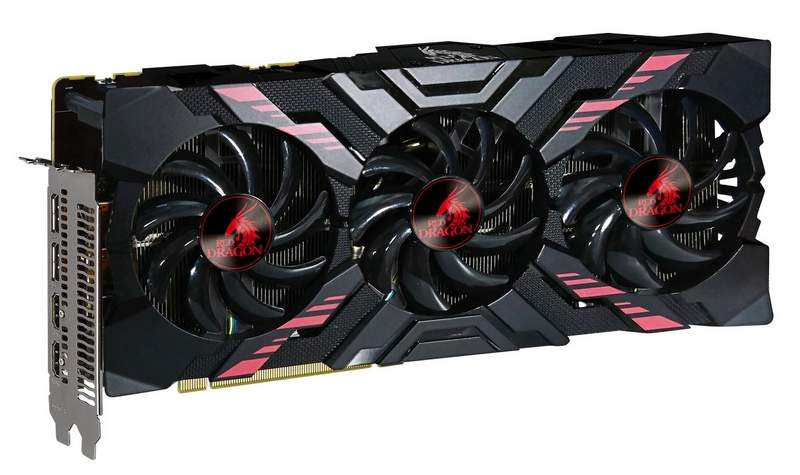