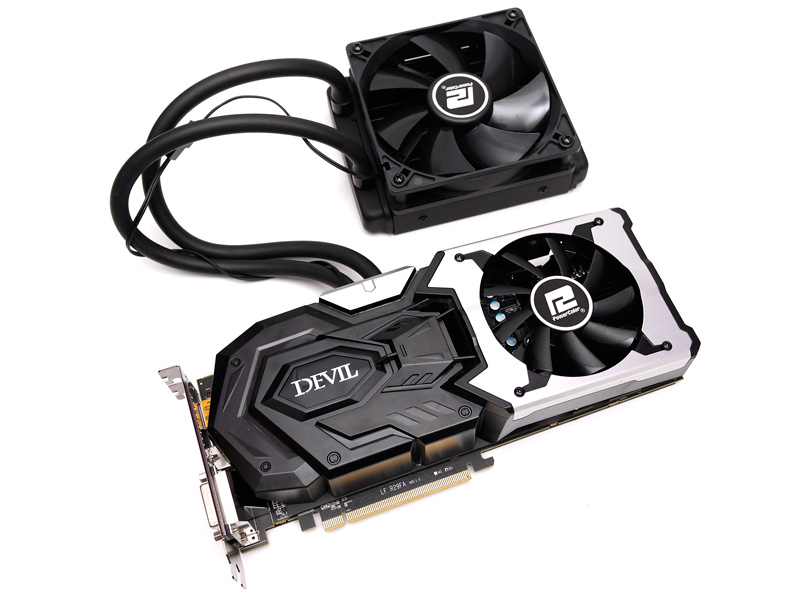 The launch of the R9 300 series has been a very bumpy road. Not only was it released as a rebranded R9 200 series, it was then nailed by AMD itself by releasing the R9 Fury range. In themselves, they are a great progression from the original R9 200 releases, adding anywhere from 10-30% performance increase and the cost was more favourable than the NVIDIA counterparts. The market for the R9 300 series is small, but that hasn’t stopped manufacturers designing some great additions to the range.

On the test bench today is the PowerColor DEVIL R9 390X, although it isn’t a DEVIL as we know it. From previous releases, the DEVIL graphics cards have been extremely big and completely bonkers. Just look back to the DEVIL 13 (290x x2), that was not only one of the biggest graphics cards ever made, but it came with its own tool kit, case support bar and even a RAZER mouse. If we all remember back to Computex 2015, PowerColor had sneakily left a prototype on display; initial reports flooded in that it was the first ever R9 Fury X pictured which was believable thanks to the AIO cooling solution. That rumour bubble was quickly popped though and it was confirmed that the card was, in fact, an R9 390X model. We already know how the R9 390X performs, so let’s see if PowerColor are able to unleash hell with this new graphics card. 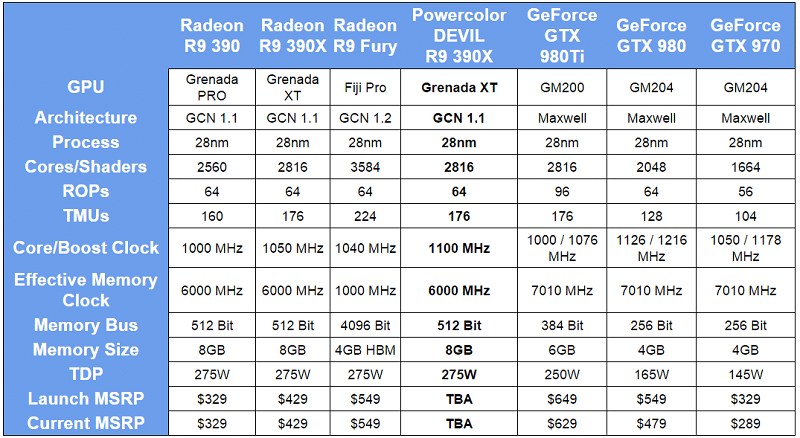 The outer box skin is very plain, no specs or details to what’s inside apart from the logo’s. The actual “Devil” logo could be interpreted as the flames of hell being quenched by water, or an AMD CPU being cooled by water if you want to be more literal. 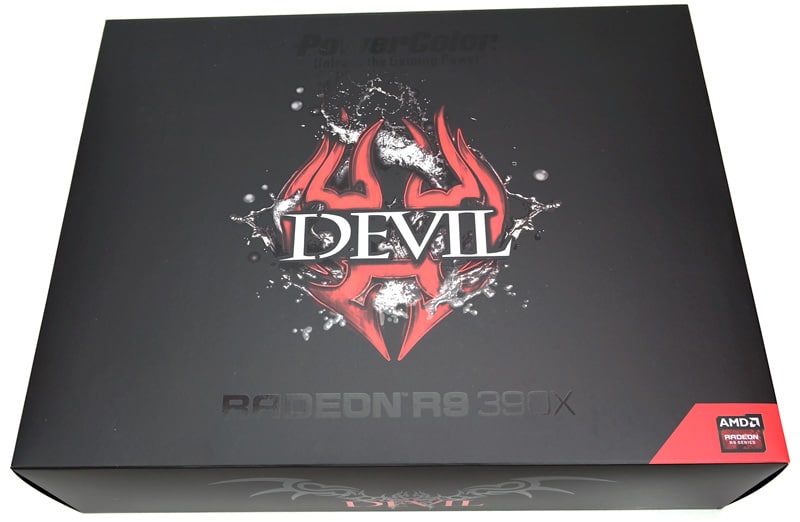 The back of the box is where a great deal of the visual information is. I feel it’s slightly too cluttered; maybe the card specifications should have been printed on the side panel along with power and system requirements to leave more room for the diagrams. 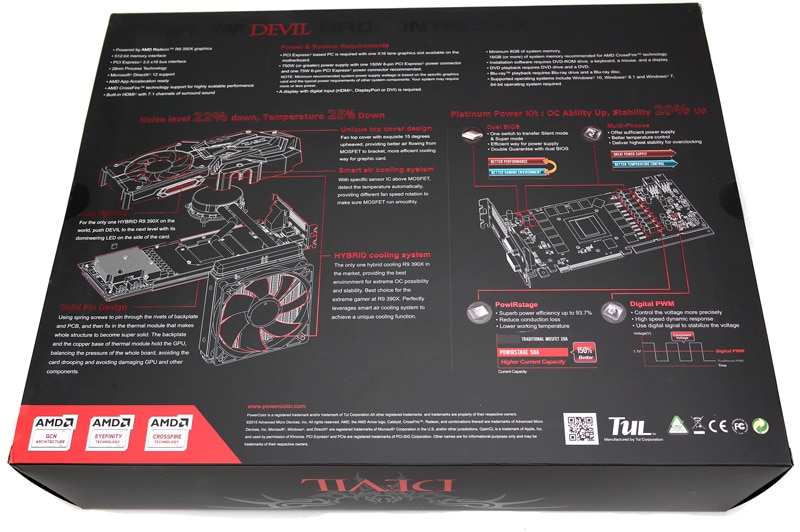 If you were expecting a tool-kit, GPU holder and mouse with this; you are going to be disappointed. The accessories include a premium hard covered gaming surface, PCIe power adapter, installation instructions and driver disk. 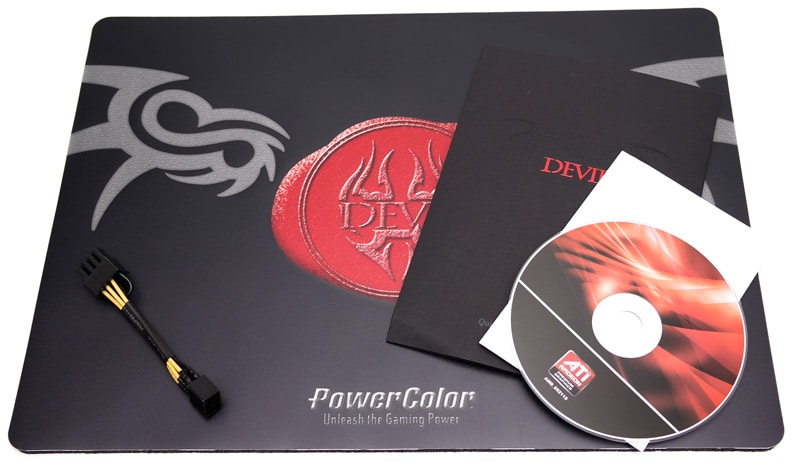