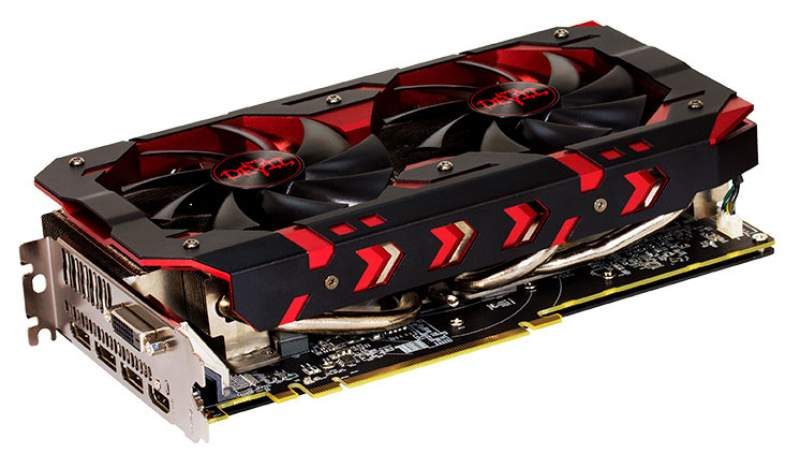 First Confirmation of the Radeon RX 590

Although AMD has yet to confirm the existence of the RX 590 GPU, PowerColor has now officially verified it. This is through their announcement of the RX 590 DEVIL, a custom dual-fan variant. Judging by the card’s thickness (three slots), the beefy heatsink means the GPU can run hot. Although, PowerColor’s DEVIL series does come factory overclocked so that could be the reason why.

What Features Can Users Expect from this RX 590 DEVIL?

This DEVIL heatsink has five nickel-plated copper heatpipes, four of which are 8mm thick. So it should handle extra temperature loads really well. In fact, according to PowerColor, the fans do not spin up until the temperature reaches 50 degrees Celcius. Otherwise, it remains passively cooled. 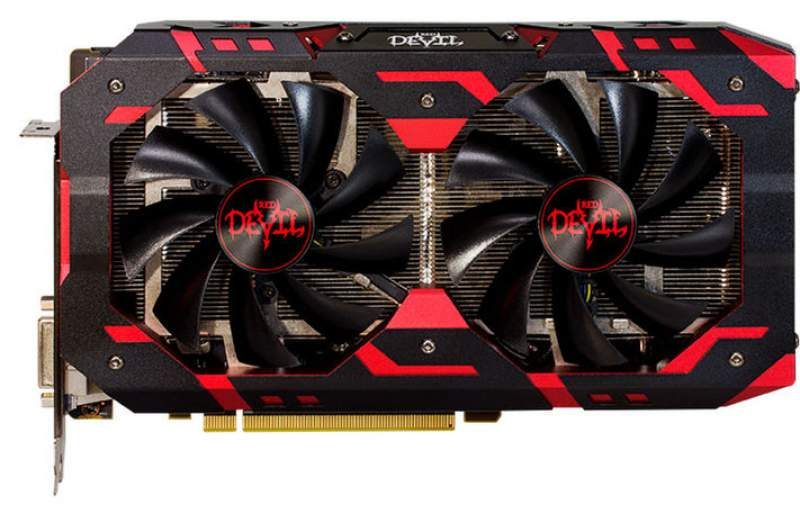 The video card measures 255 x 157 x 57mm and has a 6+1 phase VRM power underneath the hood. Its GPU clock boosts up to 1576MHz, which is about a 17% clock speed increases versus a reference Radeon RX 580. The GPU itself has 2,304 Stream Processors and is complimented by 8GB of GDDR5 memory running at 8GHz on a 256-bit bus. As for power requirements, the video card uses an 8-pin and a 6-pin PCIe power connector in addition to what it draws from the PCIe slot.

If you want to know more about the RX 590 GPU, details have leaked out early a few days ago.

How Much is the PowerColor RX 590 DEVIL?

PowerColor did not reveal any pricing information at this time. However, they did mention that it will come with some AAA game bundles worth $180 USD.

The actual GPU release date is not until November 15, 2018. So the wait is not going to be long.