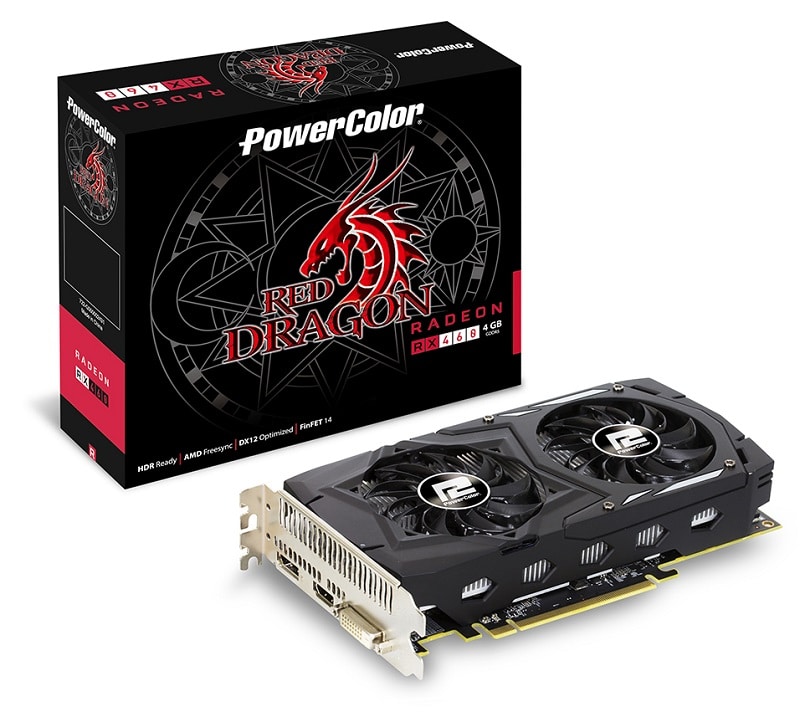 Unlike the RX 480 which has only slowly seen custom card arrive, the RX 460 and RX 470 have seen heaps of custom cards launched right alongside the reference model. As an AMD exclusive AIB partner, PowerColor is starting off with 2 custom variants both under the Red Dragon banner.

In a surprise twist, the two cards both named Red Dragon feature different VRAM sizes and more importantly, different coolers. While both cards run a small factory overclock at 1,212 MHz, just 12 Mhz above stock, the 4GB variant features a much beefier cooler than the 2GB variant. The 4GB card runs a dual fan cooler with rectangular fin heatsink while the 2GB card has a radial fin heatsink with just a single fan. 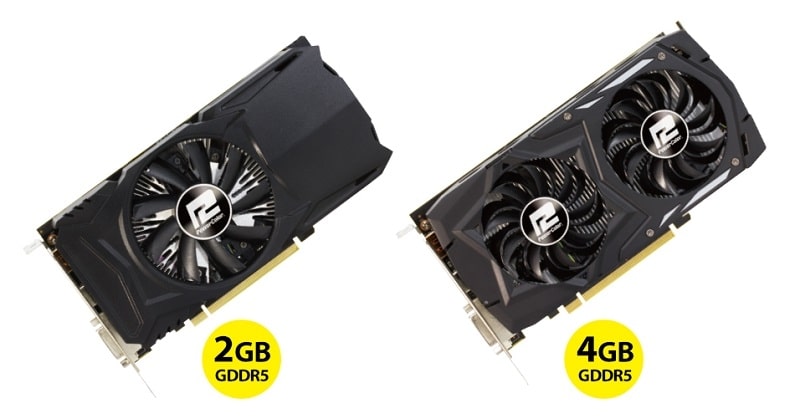 While it’s good to see more options for consumers with a 4GB RX 460, the card will probably never need to have so much VRAM, with a GPU bottleneck being far more likely. Perhaps the beefier cooler and extra VRAM will see more users choosing that card. Given the similar length of both cards, that may feature the same PCB so that’s one similarity. What do you think of two cards that feature the same name but different configurations?