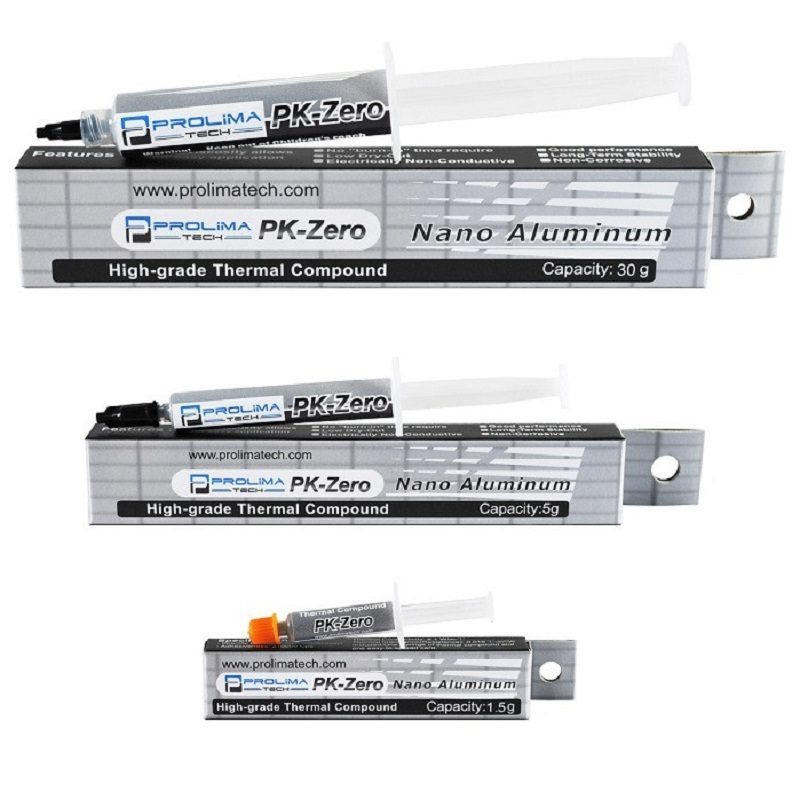 Prolimatech is a highly respected company specializing in cooling equipment with over 22 years of accumulated experience which makes their products some of the best on the market. While thermal compound usually comes bundled with a CPU cooler, there can be a thermal difference between various options. Not only that, it’s recommended to re-fit the CPU cooler mount every so often and over the years it’s possible to run out of thermal paste. Also, some coolers simply pre-apply the thermal interface material which means any re-application requires the purchase of some thermal compound. Prolimatech has just announced the new PK-Zero thermal paste available in quantities of 1.5g, 5g and 30g. Also, there’s larger amounts which come in tubs of 150g, 300g and 600g for users who change coolers on a regular basis. 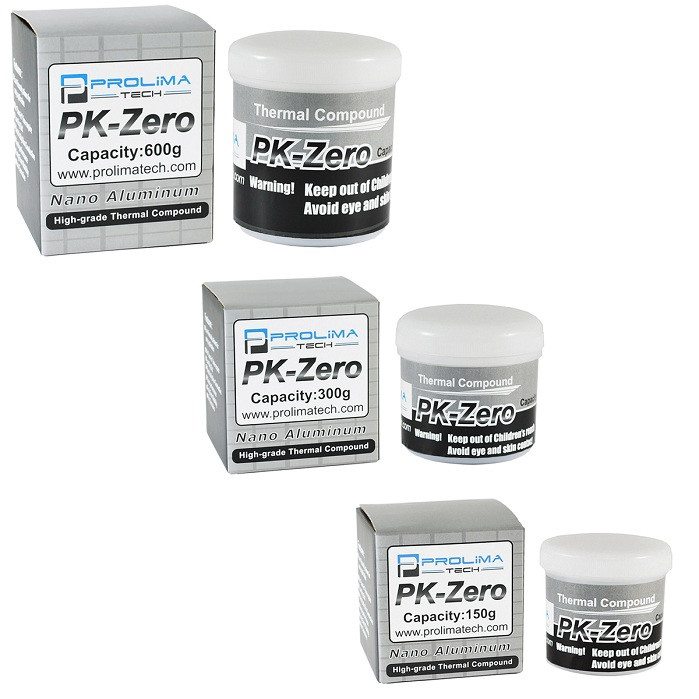 The PK-Zero is an aluminium based compound with zero burn in time which allows for performance gains straight away. Its thermal conductivity is rated at 8 8 W/m-°C, and thermal impedance 0.019 °C-in²/W, with a dielectric constant of 4 kV/mm. The paste is non-conductive and I’m really interested to see the performance difference compared to other leading brands. Unfortunately, Prolimatech didn’t reveal any information about pricing but I’m sure any information will be released fairly soon.