QNAP is announcing their latest innovation called the Mustang-200. It looks like any common PCIe expansion card but it is actually a complete solution for accelerating storage systems. Whether on a PC or a NAS with an available PCIe 2.0 x4 slot, the Mustang-200 can improve performance equivalent to two NAS devices.

According to QNAP, in terms of performance, adding a Mustang-200 on a system with 12 x 4K IP cameras enables it to handle up to twice as much at 24 x 4K IP cameras. 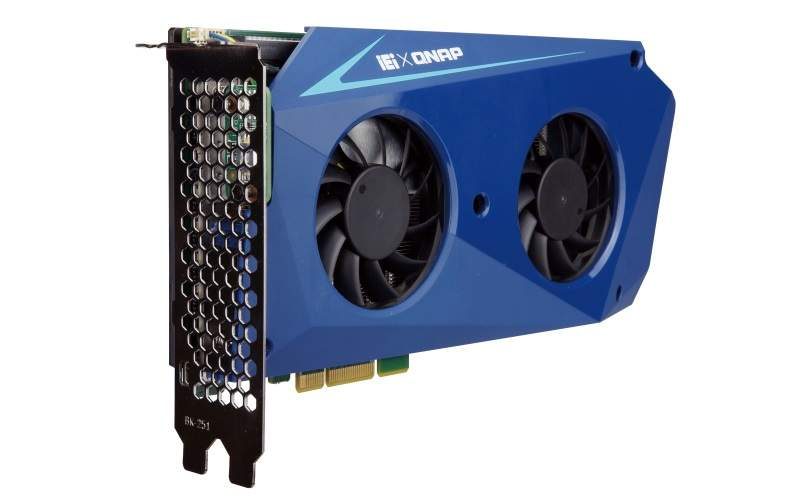 What is Inside Each QNAP Mustang-200 Card? 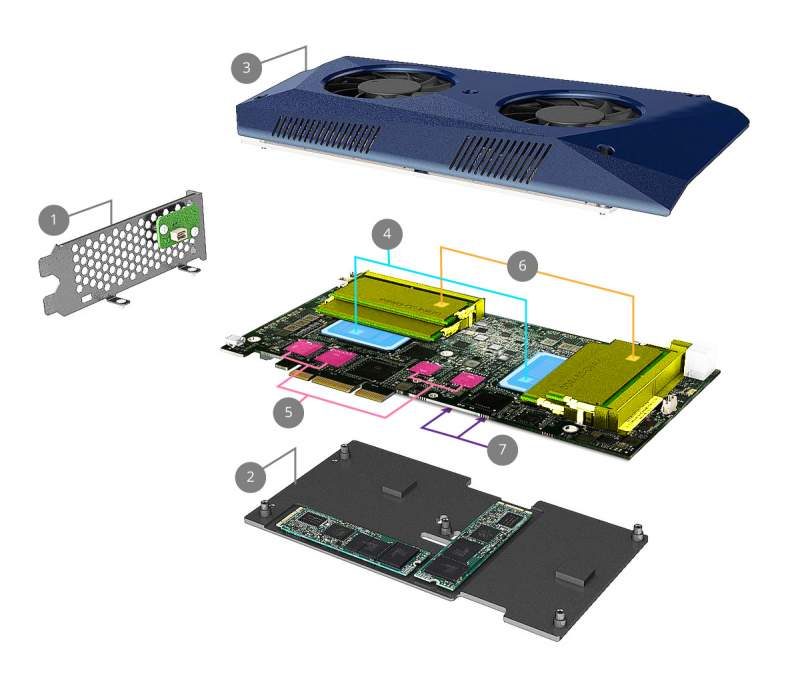 Each individual CPU has a 10GbE network chip (5) with an independent IP. This allows users to connect to external networks using any network interface on the host NAS. Lastly, the entire system on a card comes with a heatsink and dual-fan active cooling solution (3) for thermal management. The entire card requires an additional 6-pin PCIe power connector to run.

Which QNAP NAS are Compatible with the Mustang-200?

For more information, read the official Mustang-200 product sheet by following this link.