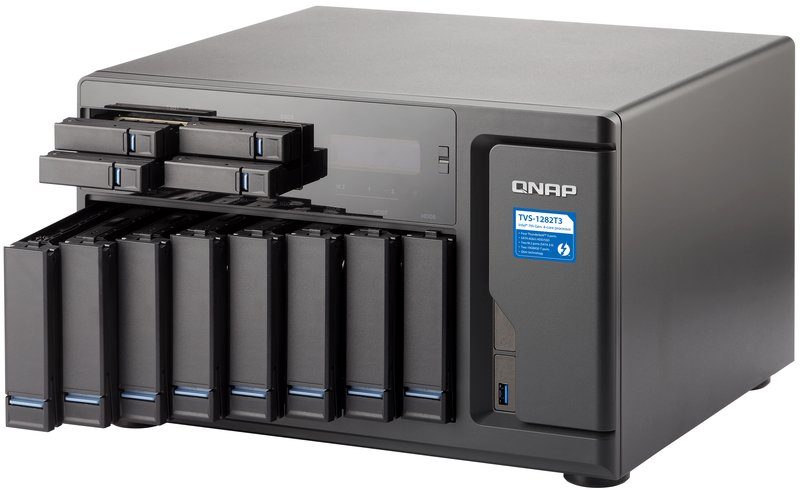 QNAP just announced an impressive new NAS in every way, the new Thunderbolt 3 NAS TVS-1282T3. The new device comes with up to Intel i7 processors, 64GB memory, four Thunderbolt ports, and multiple 1 and 10 Gbps ports.

The new TVS-1282T3 features 12 drive bays, 8 for 3.5-Inch hard disk drives and 4 for 2.5-inch solid state drives. But that isn’t all, it also has two slots for M.2 2280 SATA drives. With eight 10TB hard drives, you get 80TB raw capacity aided with plenty of SSD cache area. That kind of performance requires great connectivity too and the NAS has that. It features four Gigabit Ethernet ports, two 10 GBase-T ports and four Thunderbolt 3 ports. 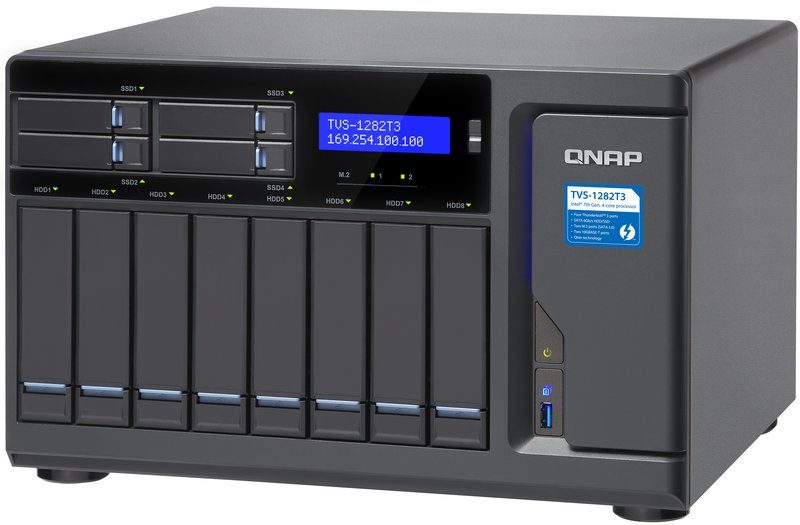 There is more to connectivity than just network and Thunderbolt. The system comes with five USB 3 ports and three HDMI ports where one of them is HDMI 2.0. There’s also a 3.5mm audio jack, two microphone jacks, and a line-out. There even are two built-in speakers in the NAS that features compartmentalised smart cooling. 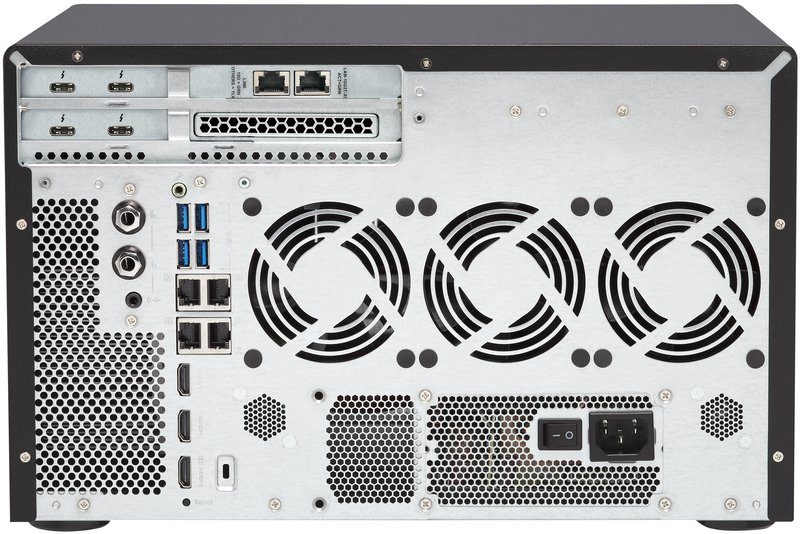