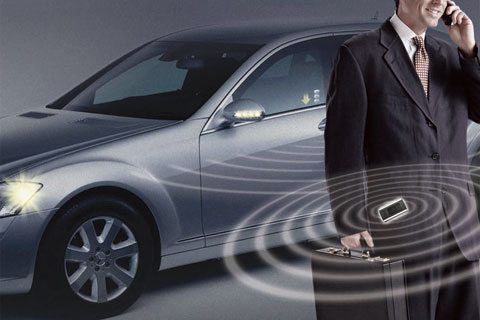 When it was revealed I couldn’t believe my eyes. Someone walks up to a car and its locked, someone else walks up and can instantly get in and at the press of a button start the engine, no key required. Wireless key technology is now employed in cars all over the world and allows for users to avoid the hassle of finding their car keys, sadly it looks like a radio attack lets hackers do exactly the same thing without you even knowing.

A group of german vehicle security experts have studied how the radio hack uses your keys to break into your own key. The whole principle of wireless keys is that the engine and the doors will only work when the keys are within a certain range of the vehicle, this means that if you aren’t near your car it’s just an expensive piece of metal and technology.

Munich-based automobile club, ADAC, tested a hacking technique that uses the principle of “amplification” to fool your car into believing that the keys are actually closer than they actually are. In total, their study found 24 different vehicles were vulnerable, and it wasn’t just one manufacturer that was involved, 19 different manufacturers were vulnerable to the radio attack. What does this mean? Using this kind of attack someone can walk up to your car, and using a small pocket amplification device, unlock and drive away your car. No alarms,

What does this mean? Using this kind of attack someone can walk up to your car, and using a small pocket amplification device, unlock and drive away your car. The total cost of this hack? $225 for the device. Compare that to the cost of the Audi A3, A4 and A6, Ford Galaxy, Mitsubishi Outlander, Renaults Traffic and countless other models that are vulnerable to this attack.

The technique works by “amplifying” your keys signal. In reality, what happens is the key fobs signal is relayed through a pair of radios. Is this an example of technology being made too smart, at the cost of security, in order to save us a few seconds of inconvenience?