It’s not everyday I receive such a high calibre gaming mouse, so putting it to the test compared to other mice of the same calibre, has been a great insight into just how well a company try and differentiate itself from the competition. It has also been a while since we have received a wireless gaming mice, as they are fairly uncommon, most likely due to the lag effect we tend to see with wireless devices. I had high expectations from Razer from the word go and after I went to the initial press release at Gamescom, I had much to look forward to. At first, I thought Razer could have simply gone a step too far with the wireless gaming mouse, especially after seeing how they packaged it, which by the way, I think is way to over the top for a peripheral, but then again, it does lend itself to the fact that it is a very premium product.

I think it goes without saying, that Razer have delivered above expectations with the Ouroboros. The Razer Ouroboros was a pleasant change from the mediocre wireless gaming mice I have seen in the past, with great performance both in and out of game. The initial appearance of the mouse oozed quality and style – typical with all of the Razer peripherals I have had the pleasure of reviewing. At first I thought it would just be a bog standard wireless mouse with a pretty exterior, but I was taken aback at just how well it performed. I’d like to say I’m an avid gamer and do occasionally get competitive, and with the help of this superb mouse, it allowed me to play above my normal skill level; banging out the frags left, right and centre.

As usual, be prepared for the more negative aspects that are often associated with Razer; and that is the price and build quality. Coming in at around £130 RRP, that is a huge wad of cash to throw at a peripheral. Sure its an exceptional mouse, but are you paying for form over function? I’d like to say you are paying for quality, but I’m sure some of eTeknix’s readers would disagree and that Razer have gone one step too far in terms of design.

We’ve seen issues with Razer’s mice in the past, like the well known double click bug that is found in the Death Adder, and I feel that durability, could again, be an issue with this mouse. Unfortunately I don’t have the time to test this, but I remain optimistic in the fact that Razer have taken feedback into consideration and applied fixes to prevent issues like with the Death Adder from happening again.

To conclude, it’s hard to say that there is a better mouse than the Ouroboros out there. Its performance is simply flawless, especially for a wireless mouse. It’s one of a few mice that I have used that has actually changed the way I play and work (with Razer’s Naga Hex being up there with it). Sure there is a very steep price to pay (literally) for the performance increase, but at the end of the day you are getting a superb mouse that will not disappoint. It’s part of a select group of gaming mice that not only look amazing, but also function just as well. If costs could be reduced by not supplying it with fancy packaging, then it would be much more appealing to others, but if you have the cash and you’re in the market for a high performing, great looking and fully function mouse, then look no further than the Razer Ouroboros. So for all these reasons, I am happy to announce that the Razer Ouroboros will be walking away with our most prestigious award. 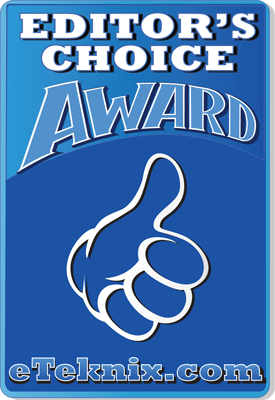