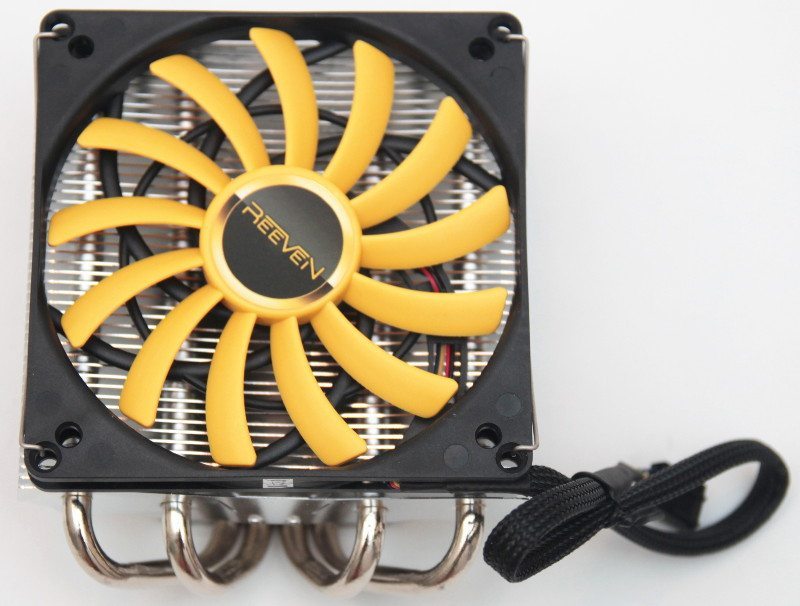 Reeven is still a fairly new company based in Asia that focus on cooling products and also fan controllers. It’s hard to find any Reeven products in the UK as they don’t seem to have any resellers over here, which is a real shame. The products really do look very nice and I think there is certainly a place for them here. We have been sent three coolers that Reeven are looking to push into the UK market, last month we showed you the Reeven Justice and we are going to look at the second one, the Reeven Brontes. The Brontes is a compact low profile CPU cooler, these are for people who are looking for a small office PC or a HTPC rather than a fully kitted out gaming rig or a benching build.

The box for the Brontes is quite simple and as you would expect for such a small unit, rather small. It has all the information you need about the cooler such as which sockets it fits and some nice pictures showing you what to expect inside. 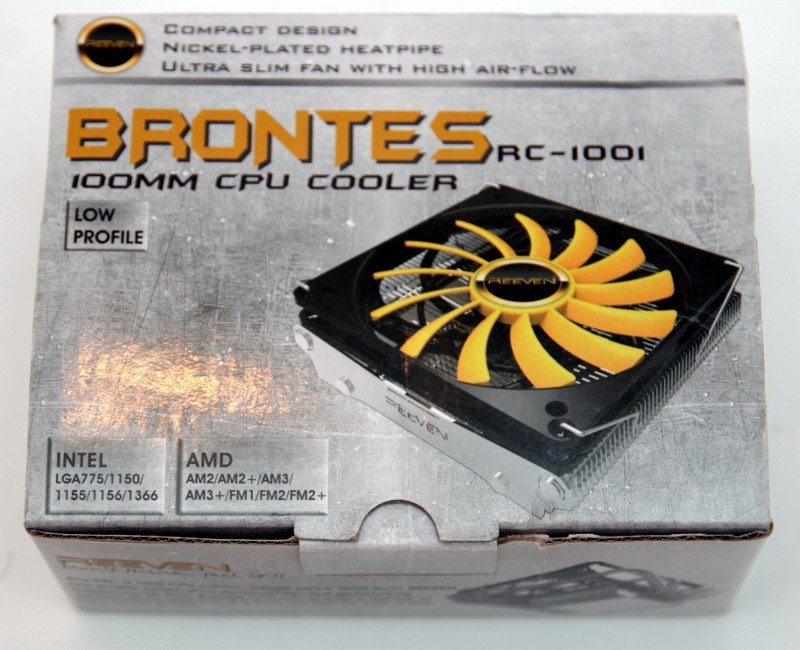 Here is a bit more about the specification of the Reeven Brontes. As you can see, it supports all the popular socket types from both Intel and AMD. As with a lot of low profile coolers though, there is no support for 2011.

Inside the box we get a nice bunch of brackets and fittings to allow us to mount the CPU cooler, the fittings are for both AMD and Intel. One of my pet hates with certain manufacturers is giving a sachet of thermal paste rather than a syringe. The sachet can only be used once, meaning if you need to re-attach the cooler to upgrade the CPU or anything else, then you will have to purchase more separately. Ok, it’s nice that they provide the thermal paste in the first place but syringes are far more usable. 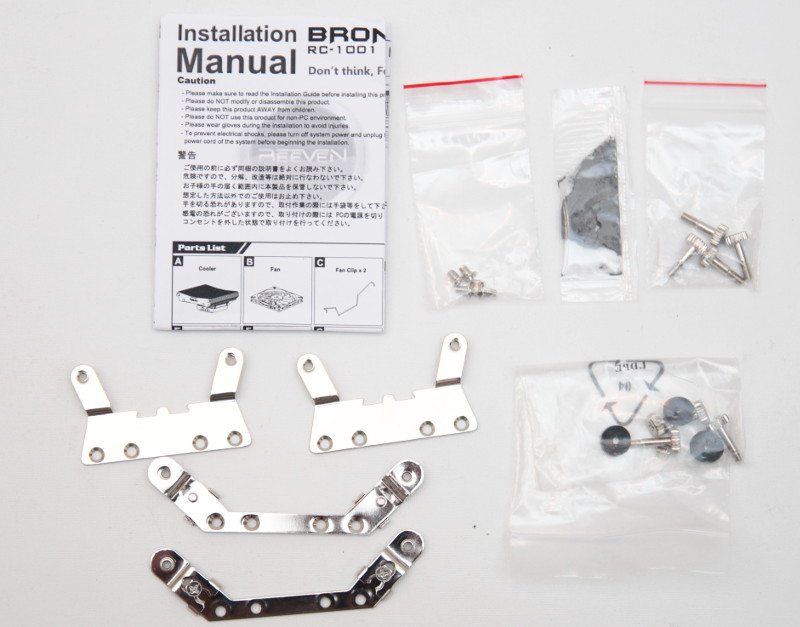 The fan for the Brontes is really quite unique. It is tiny measuring only 100mm x 100mm in diameter an only 12mm wide. The fan comes pre-attached to the cooler so you are ready to go straight out of the box so there is no fiddling around with fan brackets. As you can see, they use the usual colours for Reeven which is black and yellow. I do like how the company sticks with the same two colours all the time, however it could put people off if they are trying to colour match with the fan with the rest of the system, yellow and black is a lovely combination, but there is only a fraction of the market that uses it.

With the fan back on the Brontes you can see how the cooler looks as a whole. I really like the sleek look and it’s great to see that they have sleeved the cable also. The cooler has 4 nickel-plated copper heat pipes to ensure that the heat from the CPU travels to the fins effectively

With a side profile, we can see just how low profile this cooler is. It is 59mm in height so it is perfect for your ITX systems.

One thing I do always love about Reeven products is the way they create their heat sinks. The larger units are works of art and its great to see they have used the same design on their smaller low profile units. The Brontes has a really nice quality feel to it and the last fin of the cooler has the Reeven logo cut out of it giving this really nice finish.

The underside is nickel-plated copper, which ensures the best possible thermal conductivity, as well as a little more eye candy. You can also see that it is actually off centre, this helps you when it comes to installing as if it was central it might foul your RAM. This is a really nice idea to give the user optimal choice. 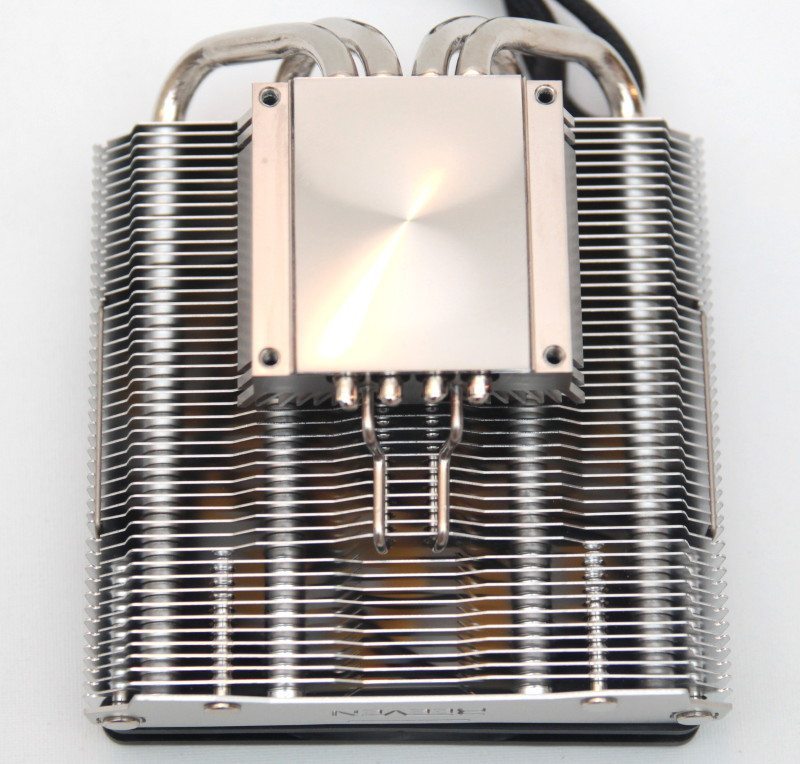 Installation for the Reeven Brontes couldn’t be easier, it’s simply a case of attaching either the AMD or Intel brackets to the cooler and lining up the holes with the ones on the motherboard, obviously applying the thermal paste first. 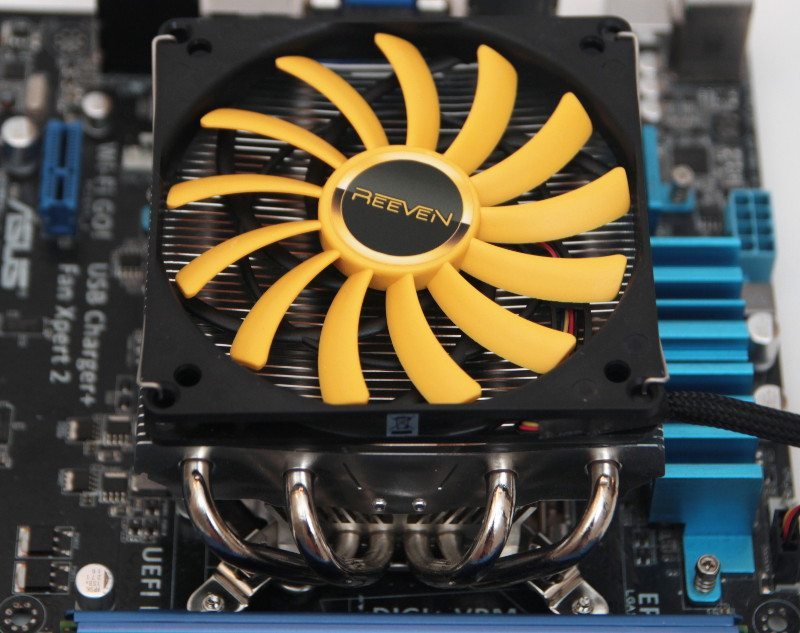 Then, simply screw the 4 screws (with rubber washers) through the back of the motherboard to hold the cooler in place. 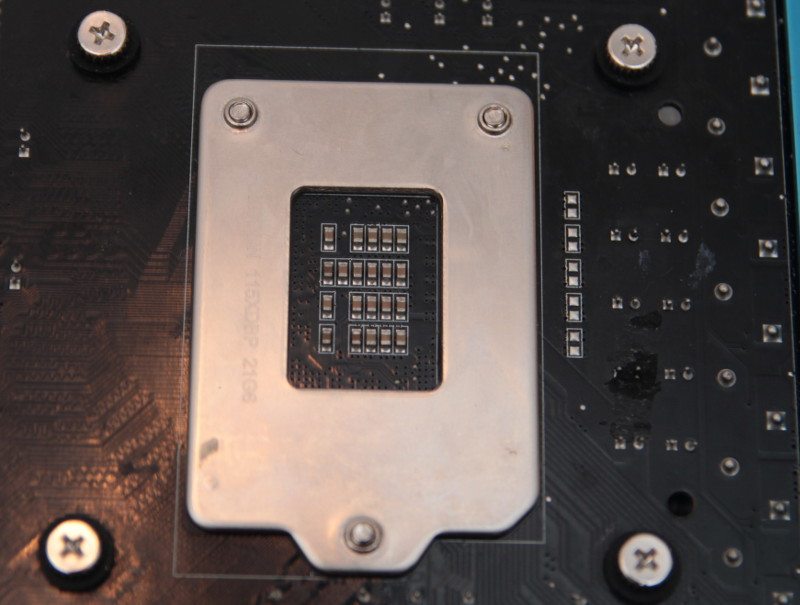 When the cooler is in place there is plenty of space in between the RAM and the Brontes meaning you can use RAM with large heat sinks if you like. 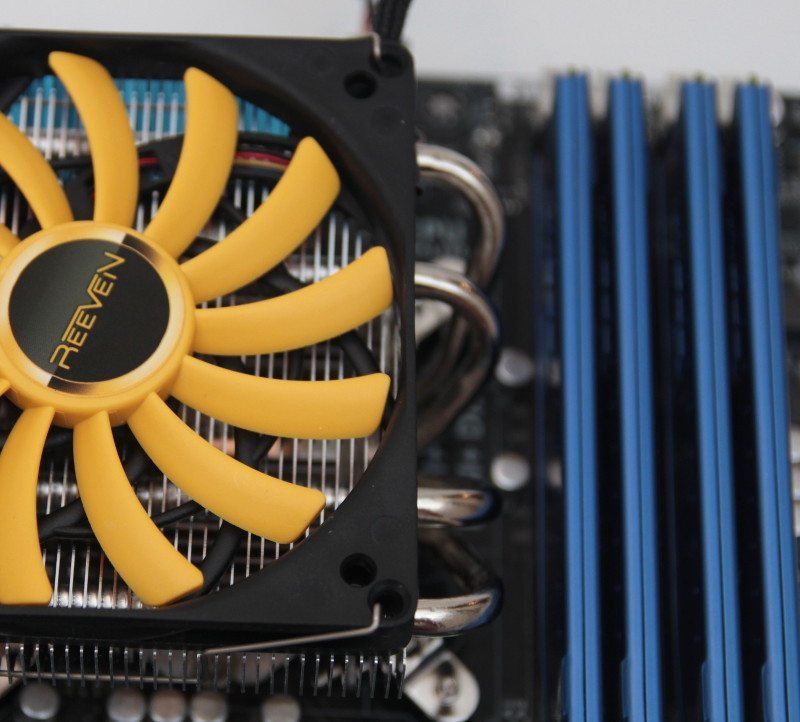 So, we have seen how this product looks, let’s see how it performs!