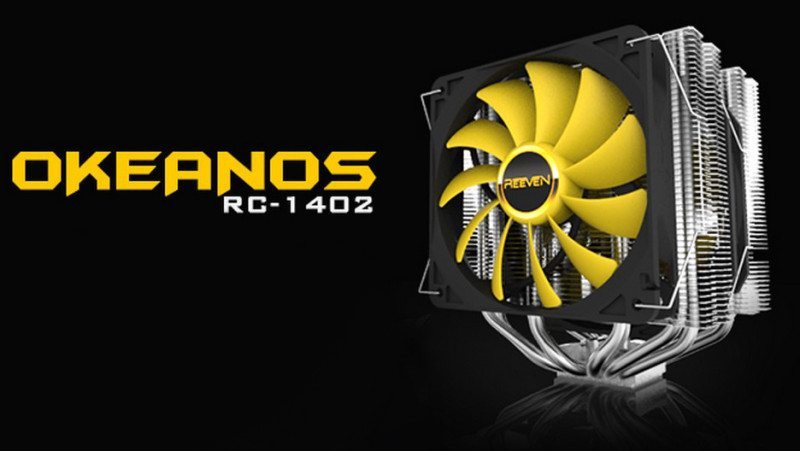 Today I’ll be taking a look at the Reeven Okeanos RC-1402 CPU cooler, which I’ll admit straight away, it doesn’t have the catchiest name ever, but then again, I don’t know many people who’ve heard of Reeven, let alone Okeanos. Of course, all that could change soon enough, as this certainly isn’t our first Reeven review and it was only a few months back that we awarded our Editor Choice Award to the Reeven Brontes RC-1001 Low-Profile CPU cooler. We’ve seen a few products from Reeven over the years, some won awards, some didn’t, but that’s nothing out of the ordinary for any brand and, of course, I’m hoping to see an award-winning performance from the Okeanos today.

The Okeanos certainly comes well equipped, with support for most major socket types, a dual fan/dual tower design with a 140mm and a 120mm included in the box, six heat pipes in a unique 2 x8mm + 4 x 6mm layout. Hopefully, that mass of heat-pipes and fans will deliver some great performance during our overclocking tests. 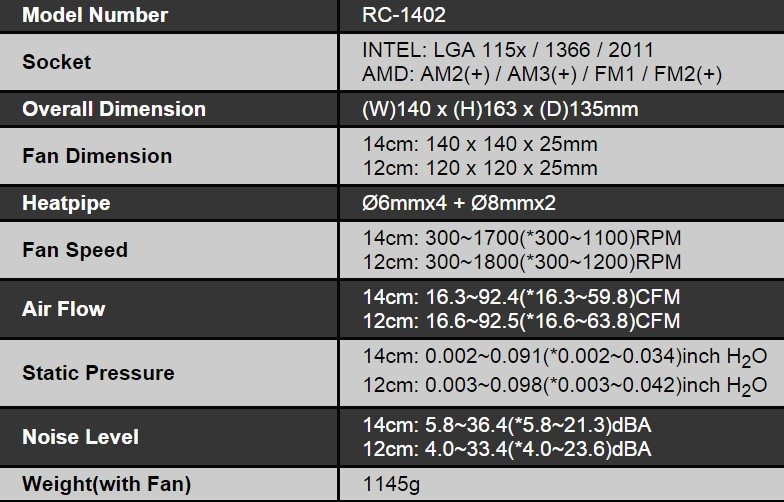 The packaging is quite colourful and will no doubt appeal to a gaming crowd. Plus, the bright colours should look great in most gaming systems.

As I said before, the Okeanos comes equipped with two high-performance fans. The largest is a 140mm and the smallest a 120mm. 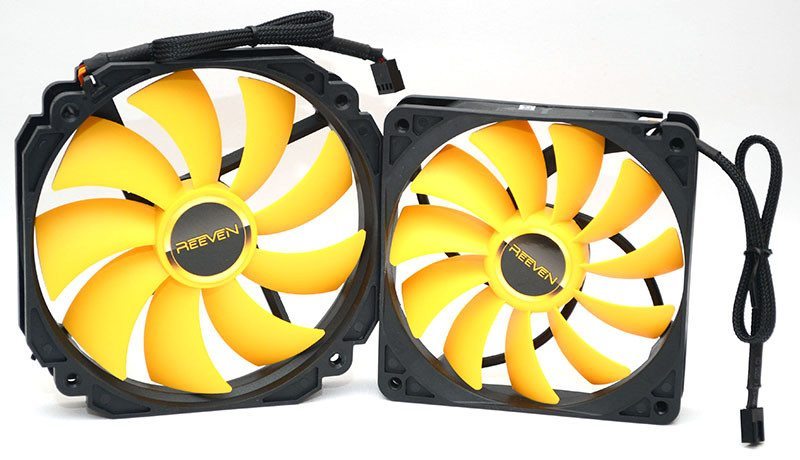 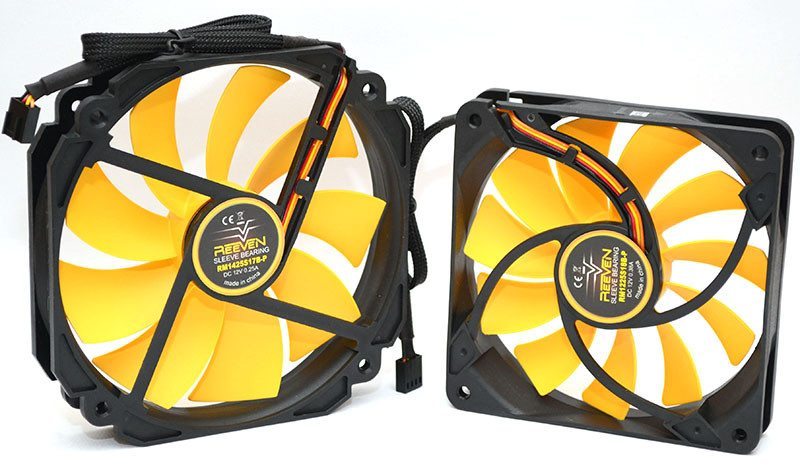 In the box, you’ll also find a universal backplate, a universal mounting bracket, two fan speed adapters for lower RPM/noise levels, six fan clips for up to three fans, the mounting screws, a spanner to help with any installation issues and a retention bracket for the cooler. 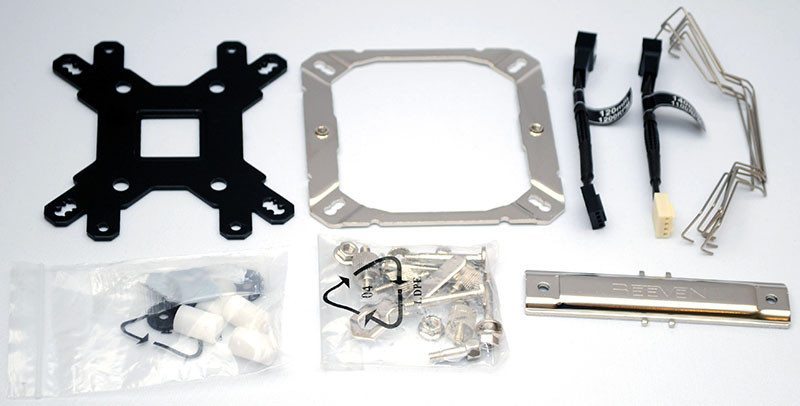 The design of the cooler is very nice, with two durable fin stacks that should provide an excellent amount of surface area to dissipate heat. 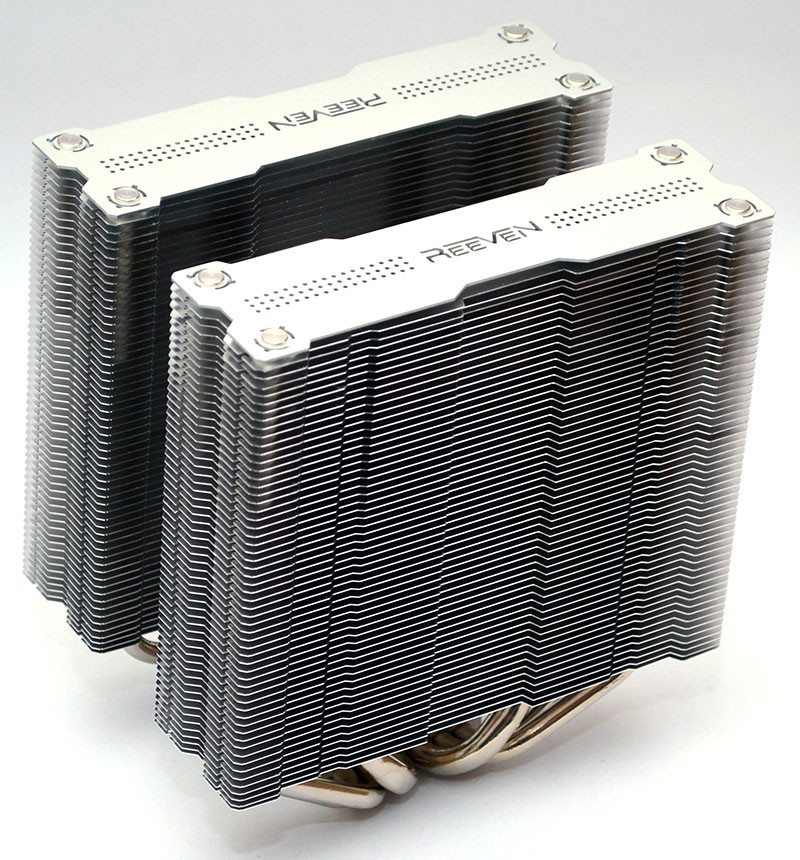 The stylish top plates add a premium quality to the cooler and it’s certainly a lot tidier looking than most towers, which just have the heat pipes jutting out of the top. 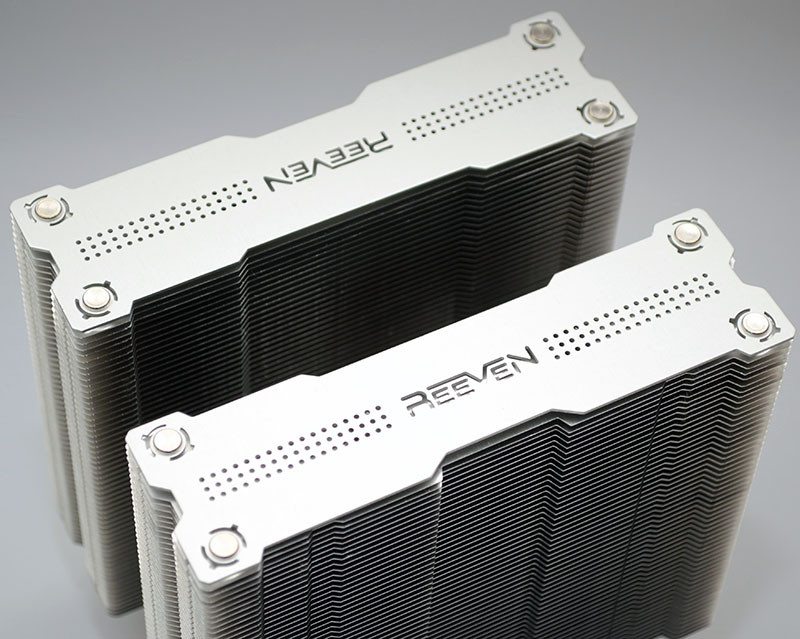 The cooler supports up to three fans. Of course, there’s a 140mm and a 120mm included, but there’s nothing stopping you from adding your own fans, or an extra 140mm on the other side for extra cooling performance. 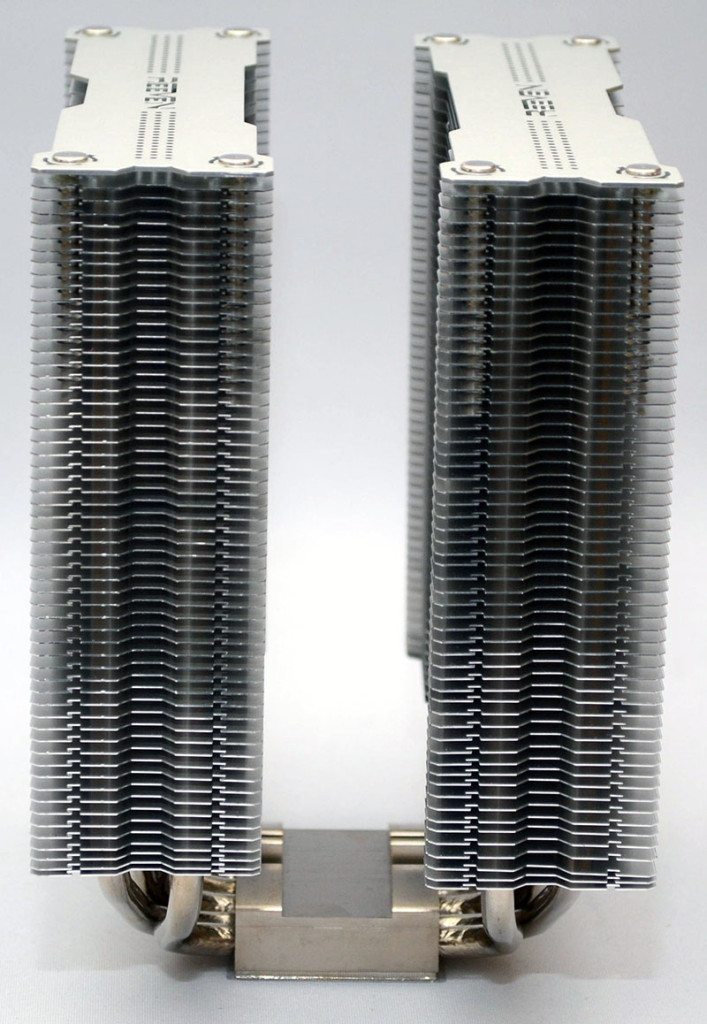 There’s a total of six heat pipes on the Okeanos, with two 8mm thick in the middle and four 6mm pipes, all of which pass through each of the cooling towers and provide enough contact on the CPU block to cover the full surface of the CPU. 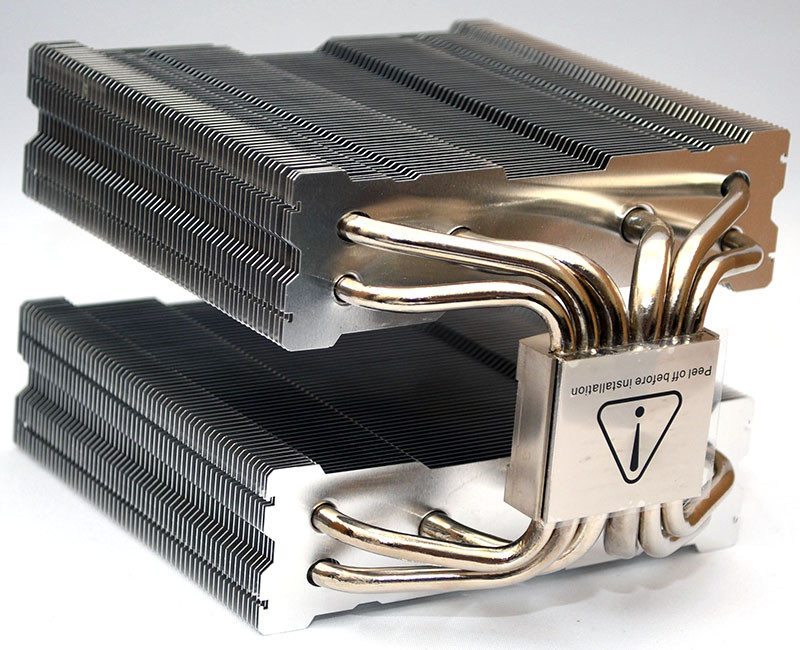 The contact plate is of a good size and has a bright and smooth surface to provide excellent contact with your CPU. 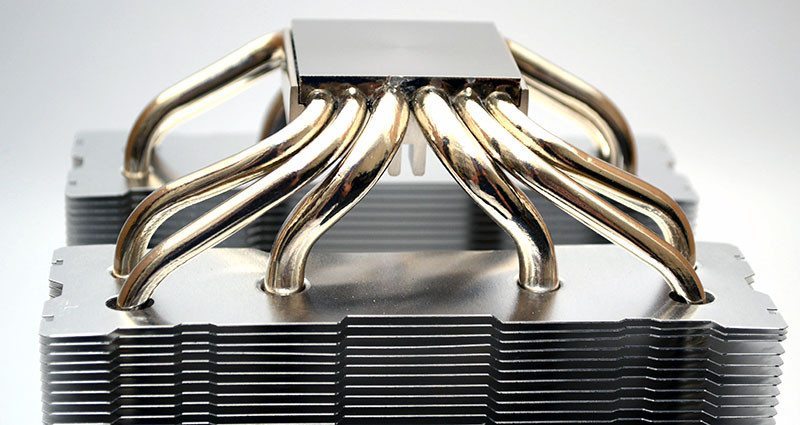